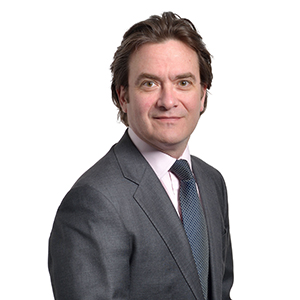 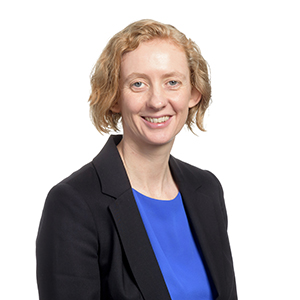 'Remarkable', 'Landmark', 'A legal first' - just a flavour of the global news coverage of the recent ruling by the Netherlands court that Royal Dutch Shell (RDS) must reduce the CO2 emissions of the Shell group, its suppliers and its customers by net 45% (compared to 2019 levels), by the end of 2030, through the corporate policy of the Shell group.

Environmental, human rights organisations and 17,000 Dutch citizens were the claimants in the case. They sought an order that RDS cut emissions in line with the global goals set out in the Paris climate agreement. The court found that while RDS was not currently in breach of its obligation to reduce emissions, RDS has a duty of care to reduce emissions and its current reduction plans were not concrete enough.

The decision only applies in the Netherlands (RDS headquarters are in The Hague) and may have limited application in other jurisdictions; however some commentators anticipate that this case could have far ranging effects. We consider the potential impacts for corporations in carbon heavy industries.

Ian Newcombe, energy litigation partner, says: "Shell may well be successful if they do appeal the decision. However, any appeal will take time and whatever the outcome this decision is likely to lead to an increase in the growing number of climate change related actions against companies in many jurisdictions."

Obligation to reduce CO2 emissions extends beyond the company

The extent of this obligation is likely to cause concern across all carbon heavy industries. While this obligation only applies to the Shell group, in practice we will start to see companies increasingly using their influence through corporate policy, such as setting requirements on suppliers purchasing policy.

Davina Watson, practice development lawyer, says: "We anticipate that companies will be carefully considering their corporate statements, policies and commitments around carbon emissions, net-zero and climate change as a result of this judgment. Such statements are generally viewed as corporate 'targets/aspirations' but as a result of this decision shareholders and activists may be encouraged to consider them binding corporate commitments."

We are already seeing a trend of companies being challenged by their own shareholders, for example earlier this week two ExxonMobil board seats were won by a small climate activist hedge fund. Pensions funds, fund managers and private investors are increasingly influenced by ESG. Francesca Hodgson, regulatory managing associate, says: "We know that investment decisions have a strong influence on corporate behaviour and policies. The Netherlands decision will only increase the focus of investors on ESG metrics".

The court concluded that RDS has an obligation to reduce CO2 emissions based in part on internationally accepted standards. Friends of the Earth commented: "It is the first time a company has been legally obliged to align its policies with the Paris climate accords."

The claimants argued that RDS had breached their duty of care under the ECHR (the right to life and right to an undisturbed private life). They also argued Shell had breached its commitments as subscribers to the UN Guiding Principles on Business and Human Rights, the UN Global Compact and the OECD Guidelines for Multinational Enterprises.

Climate change as a human rights issue is a trend we expect to continue in this type of environmental litigation.

Companies facing campaigns/legal action by environment groups and shareholders, even on a relatively small scale, are coming under an increasing amount of public scrutiny and media coverage. Win or lose the impact on corporate reputation can be long lasting. There is no doubt that environmental and climate change litigation will be given a boost by this decision. Reviewing environmental policies, commitments and ESG metrics combined with regular active engagement with stakeholders on these issues should continue to be a key part of all companies risk, reputation and regulation management.

If you would like to know more about this case or WBD's energy and energy litigation practice please get in touch.