Remedies in public procurement claims: when can a declaration of ineffectiveness be granted? 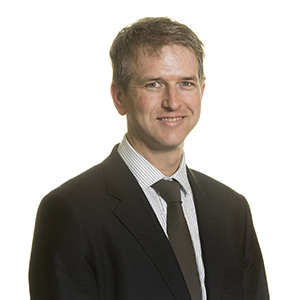 The recent case of AEW Europe LLP & Ors –v- Basingstoke and Deane Borough Council is a public procurement case which brings into focus the circumstances when the remedy of a declaration of ineffectiveness (DoI) may be available under the Public Contracts Regulations 2015 (PCR).

The proceedings concerned the regeneration of Basingstoke Leisure Park (the BLP). Basingstoke and Deane Borough Council (the Council) were defending a challenge to its procurement of a development agreement for the regeneration of BLP. The primary remedy sought by the claimants was a DoI. The claim was premised on the assertion that the development agreement actually entered into by the Council departed very substantially from the terms of the procurement process initiated by the Council by way of an OJEU notice such that there had been a failure to advertise the opportunity for the purpose of the first ground for claiming a DoI under Regulation 99(2) of the PCR.

In a robustly-reasoned judgment, the Technology and Construction Court (TCC) decided that the remedy of a DoI was unavailable. Following the decision of Mann J in Alstom[1], the Court found that the development agreement was sufficiently and indeed closely related to the OJEU notice published by the Council and that the notice had advertised the competition resulting in the development agreement. The Court also re-confirmed that the test for establishing whether a DoI is available on this ground is as set out in Alstom, providing welcome clarity for contracting authorities, successful bidders and practitioners grappling with these matters.

The Council is the owner of the BLP which comprises a number of leisure facilities including an aquadrome, a multiscreen cinema and an ice rink. Over the period from 2011 onwards, the Council came to consider the possibility of developing or regenerating the BLP and took professional advice from planning development specialists to assist it.

The nature of the development opportunity was such that a public procurement process was required in accordance with EU procurement legislation (at that time being the Public Contracts Regulations 2006). A notice was accordingly published in the Official Journal of the European Union on 21 June 2013 for a competitive tender process utilising the negotiated procedure. As a result, fifty two expressions of interest were received, but only two bids were submitted, one of those bidders being NewRiver Leisure Limited (NRL). Both bidders were invited to submit bids as part of the second stage of the evaluation process, but only NRL submitted a final and more detailed bid as the other bidder withdrew from the process. Following evaluation of NRL's bid, negotiations subsequently proceeded between the Council and NRL.

In the course of the negotiations, NRL developed what was described as a "more bold scheme" incorporating a wholesale regeneration and expansion of the BLP, and including a more significant retail component in the form of a designer outlet centre alongside the main leisure facilities. This scheme formed the basis for the eventual agreement between the parties, who entered into a development agreement in March 2018.

The claim was brought by the claimants after the development agreement had been entered into, very shortly before the expiry of the 6 month limitation period for seeking a DoI. The claimants are global asset managers with other, significant, commercial retail interests in the area, but who did not participate in the original procurement process. It was apparent that the claimants have a particular interest in how the redevelopment of the BLP, and in particular the proposed retail offering, might impact upon their existing retail interests in Basingstoke.

The availability of a DoI was heard at a two day preliminary issue trial before the TCC. In a judgment handed down nine days after the conclusion of the trial, Sir Robert Akenhead rejected the claimants' case in its entirety, concluding that a declaration of ineffectiveness was unavailable in this case. The Judge found that as in Alstom, a valid OJEU notice had been published in relation to the contract awarded and agreed that the 'mechanistic' test as outlined by Mann J in Alstom should be applied to determine whether the grounds existed for granting a declaration of ineffectiveness and whether that should be applied in this instance.

This decision affirms the principles laid out in Alstom and provides more certainty for contracting authorities and successful bidders as to the likelihood of a DoI being an available remedy should they face a procurement challenge after a contract has been entered into. It also shows the Court's pragmatic approach to the potential impact of a DoI in these circumstances which takes into account the fact the "declaration of ineffectiveness remedy is a Draconian one which brings to an end an otherwise lawful contractual relationship".

The firm acted for the Council in the litigation, having previously advised on the drafting of the development agreement.

What you need to know about a Letter of Wishes

The Official Receiver and Kids Company case – long-awaited, unexpected or not?

Managing the mental health of workers and your legal obligations

Partnerships and Wills – working together in sweet harmony