Brexit and beyond: trade mark protection strategies in an uncertain global marketplace 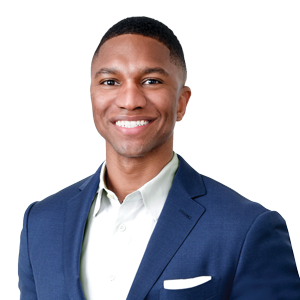 Brexit planning for your trade mark portfolio needs to be back on the agenda – particularly after the delays caused by coronavirus – to get the most cost-benefit out of the current regime, before the end of the transitional period.

This was the message delivered by Womble Bond Dickinson's James Love and Rose Smalley (both Leeds, UK) who, along with WBD colleague Nicholas Hawkins (Baltimore, US), and Scott Schwartz, General Counsel at Dansko, presented at the Association of Corporate Counsel 12th Annual In-house Counsel Conference, which took place virtually on 28 and 29 July 2020.

The topic of their presentation was "Brexit and Beyond: Trademark Protection Strategies in an Uncertain Global Marketplace", and the session included a series of audience polls concerning various issues rights-holders will face for IP protection coming out of Brexit.

It was revealed that 82% of respondents knew that changes were coming to trade mark protection as a result of Brexit, but that they had not put into place any plans to deal with these changes.

Rose noted that these results did not seem all that surprising; in the years since the referendum result, many updates have circulated about the potential impact of Brexit on IP protection but, in recent months (and for good reason) Brexit has taken a back-seat whilst the world grapples with coronavirus. Further, James noted that there has been little urgency in putting those plans in place – at least not until the recent emphasis by the United Kingdom (UK) government that it does not intend to seek another extension for the trade agreement negotiations.

Attendees surveyed identified a potential loss of rights in the UK as their primary concern arising from Brexit.

James reiterated that, whether or not a trade agreement with the European Union (EU) could be achieved, the UK would unilaterally provide for continued protection in the UK of local rights previously protected under an EU trade mark. This will be done by granting – automatically and free of charge – a new comparable UK trade mark right after the end of the transitional period. This new right will ensure that rights-holders are given continuing protection in the UK, whilst their EU trade mark registration continues to protect their mark in the remaining 27 member states. James explained the new UK right will inherit the filing (or priority/seniority) date from the EU registration, but will be a wholly independent right, capable of being licensed or assigned separately from the EU trade mark.

Another issue high on the agenda was 'squatters', i.e. third parties who might seek to register a mark in the UK before the EU rights-holder has the opportunity.

As well as receiving a new comparable UK trade mark right in respect of each EU trade mark registration, James noted that applicants for EU trade mark rights (i.e. where the right has not achieved registration by the end of the transitional period) will have a nine-month priority period to file in the UK. This gives legitimate right-holders a longer period than usual (priority claims are normally six months), to prevent squatters from registering conflicting rights in the UK, but does come at the additional cost of applying for a separate UK trade mark.

Rose added that it would be sensible to keep a close eye on how EU trade mark applications are progressing – particularly given the delays and backlog that have been caused at the EU Intellectual Property Office (IPO) by closure of its headquarters due to the impact of COVID-19. It is obviously preferable to obtain your EU trade mark registration before the end of the transitional period, in order to avoid the additional UK trade mark filing fees and obtain your comparable UK right for 'free' – but this window of opportunity is due to close shortly, given the normal timescales for registration at the EU IPO.

The vast majority of respondents suggested that the UK should adopt international exhaustion after the end of the transitional period, allowing goods to be imported into the UK without restriction.

James noted that the issue of exhaustion is very much still on the negotiating table. The only agreed point is that rights which are exhausted as at the end of the transitional period – i.e. rights protecting goods already in circulation in the European Economic Area (EEA) as at that date – will remain exhausted. However, this leaves open the issue of exhaustion of rights protecting goods that enter into circulation – either in the UK, or the remaining 27 EU Member States – after the end of the transitional period.

Rose noted that a model of international exhaustion – under which right-holders would be required to justify why genuine goods placed on a market elsewhere (by it or with its consent) should not be permitted to be imported into the UK – is generally perceived to be more consumer-friendly, by increasing competition (amongst the right-holders and lawful importers), thereby driving prices down. This would be a significant departure from the regional exhaustion (i.e. free movement of goods legitimately placed on the market in the EEA only) which the EU (including UK) currently operates, but would be in line with the UK's wish to strike out as an open and global trading nation, particularly given pressures from other potential trading partners (such as the US).

Overall, attendees were not in agreement over whether Brexit presented opportunities for the UK, and/or the US, but it was noted that remaining uncertainties are likely a significant reason for the differences in opinion. The overriding message was to "keep calm and carry on" – and to start implementing plans now for trade mark protection in the EU and UK.

Dairy Crest's record fine for environmental offences – why a £1.5 million fine was imposed

The view from across the river - WBD Claims: When Womble Bond Dickinson met Virtualfiles

Chasing their tails? How can regulation keep up with crypto?

Ukraine: a construction disputes' perspective from the UK

Construction contracts: drafting for price inflation - views from the UK and Germany