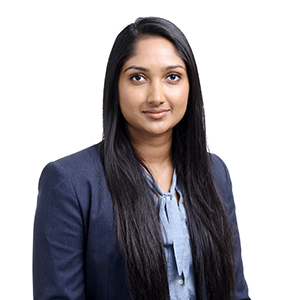 Womble Bond Dickinson's (WBD) people and clients took part in an interactive panel discussion highlighting some of the key turning points for women, their status in law, and in law reform for the betterment of society as a whole, over the last 100 years.

Held in London on 21 May 2019, the event was live streamed across all of our UK offices. The event was hosted by Tracy Walsh, Partner and Board Sponsor for Diversity and Inclusion, and the session was chaired and moderated by Michelle Chance, Employment Partner, who has specialist expertise in discrimination claims, including sex discrimination and sexual harassment.

Tracy kicked off the event by emphasising the importance of celebrating the advancements of women in the legal system and how through legal activism women have placed themselves in history. She then introduced Erika Rackley and Rosemary Auchmuty, the leaders of the Women’s Legal Landmarks Project who spoke passionately about their reasons for embarking on the project and its associated book: Women's Legal Landmarks: Celebrating the history of women and law in the UK and Ireland.

Each of the panellists spoke about their contribution to the book:

The panel debate that followed covered a range of topical issues, from the continuing barriers to advancement, to what extent male allies were needed to effect better progress, to the #MeToo movement and to the gender pendulum that is highlighting the positioning of gender quotas in employment decisions. It was lively and engaging, thought-provoking and at times controversial (as the subject of change has often been throughout history).

The audience had the chance to pose their questions live using an app, showing how technology can connect people to enable them to better share in important debates like this. In their answers the panellists showcased the positive impact both men and women have had in the progression of females in the legal system, not just in the UK, but abroad.

The book will hopefully be widely read, and along with other initiatives, spark further conversation about this subject and as Dr Takayanagi said, help to develop our institutional memory of women's battle towards equality. There have been other events across the country designed with this in mind (such as a lecture by Lady Hale on "100 Years of Women: What are women lawyers for?" organised by and held at the University of Southampton's Centre for Law, Policy and Society, attended by Jon Hales, Southampton Office Head, among other senior lawyers and business leaders).

We are committed to continuing our work to raise and discuss issues and progress that is being made in relation to all types of diversity and inclusion, but it is right to focus on gender in this centenary year, because equality is still an ambition, not a reality, for women in the legal services industry. We want to remember the last 100 years, and see more progress in the next 100 years. 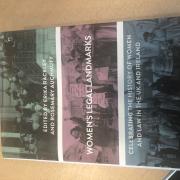 WBD praised for corporate expertise in the North East