After two years of fundraising, WBD has reached its ambition of raising £80,000 for St Peter's Hospice, Bristol's only adult hospice caring for 2,000 patients every year. The firm has been supporting the hospice since 2017 in memory of one of its partners Robert Pope who passed away in April 2016 and was cared for by the hospice at the end of his life.

The money raised by WBD will go towards St Peter's Hospice's Room to Care Appeal, a campaign that was set up to raise the remaining £1.5 million needed to re-build the hospice's Inpatient Unit that has now reopened with new single, en-suite rooms. WBD's £80,000 total fundraising has funded one of these rooms.

Over the past couple of years, the firm has raised funds through a range of charitable and fundraising activities. These include a charity quiz, which raised over £6000; a number of sporting events including taking part in The Tour de Bristol for three consecutive years; an Easter Fayre; a monthly office prize draw; a Grand National Fantasy horse race; dress down days; and payroll giving. Members of staff have also volunteered in the hospice's shops across Bristol. WBD's firm wide charitable trust also made a donation of £10,000 towards the fundraising total.

Most recently the firm organised its annual cake competition with former Great British Bake Off contestant Briony Williams coming to WBD's offices in Temple Quay to judge some of the team's creations.

"It takes thousands of pounds a day to run St Peter's Hospice, a huge amount of money that is vital so the charity can continue to deliver essential care to patients and their families. We are therefore thrilled to have achieved our aspirational target of £80,000 to support the Room to Care Appeal, which provides patients with new individual rooms, offering privacy and the best environment for visiting families and loved ones at such a sensitive and precious time.

St Peter's Hospice has a deep personal resonance for our firm as our colleague Robert Pope received care at the hospice before sadly passing away and so it meant a lot to us to do something special in his memory. Today is 8 April, which marks the third anniversary of Robert's death, and being able to present St Peter's Hospice with our cheque is our personal thank you for the care Robert and his family received and for the all-important work the hospice delivers to adults across Bristol needing palliative care as well as the support to their families and loved ones. Reaching our target has only been made possible by the tireless determination and commitment of our colleagues, clients and friends and so I'd like to say a big thank you to everyone who has supported us."

"It is poignant but entirely appropriate to celebrate this fantastic achievement on the anniversary of Robert Pope’s death. WBD have been one of our most dedicated, determined and committed corporate partners, indeed I think this has been the best example of such a partnership in recent years. Not only have WBD raised a huge sum of money to support the Room to Care appeal but throughout they have also shown a deep and genuine interest in the work of St Peter’s Hospice. I want to congratulate and thank all the staff at WBD for their hard work, effort and generosity all of which are hugely appreciated." 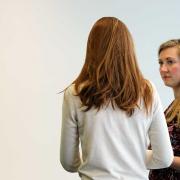 WBD acknowledged by the Financial Times as an innovative law firm