UK bus franchising; hold the bus, Local Authorities want to get on 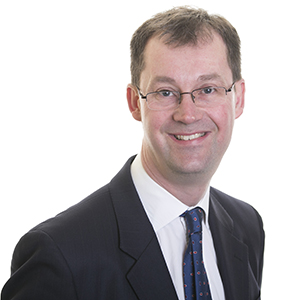 The Bus Services Act 2017 (the Act), which came into force on 27 April 2017, introduced new powers for Mayoral Combined Authorities (MCAs) to create a franchise system for their local bus networks in an attempt to regulate and modernise the UK bus network. These powers did not become available to MCAs until the publication of the Department for Transport's (DfT) guidance note on bus franchise creation in November 2017 (as updated in March 2018).[1]

We discuss below the key elements of the DfT's guidance note, as well as exploring the extent to which Local Authorities outside of London have sought to exploit the franchise model.

What is the new system and why is it needed?

In short, the new system is very similar to the one currently in place in London, where Transport for London governs how buses are run. The MCAs are now able to determine the details of the services to be provided in their catchment areas (including where and when they run, and the standards of services to be upheld). This is in contrast to the current system where, subject to obtaining the applicable authority's consent, any private company can operate in an area.

There was a range of views on whether the legislation was required.  However, the theory is to provide a new framework to allow bus operators and local authorities to work collaboratively to improve bus services and realise untapped growth potentials in regional and rural areas. The franchise model would also prevent other services from operating in a certain area once a franchise is agreed, with the aim of giving the MCAs greater control over how their bus services are provided.

Can anyone other than MCAs use these powers?

Only MCAs qualify automatically for the right to implement a bus franchising service under the Act.  The UK currently has 6 MCAs (Cambridgeshire and Peterborough, Greater Manchester, Liverpool City Region, Tees Valley, West of England and West Midlands).

However, other local authorities who do not meet the definition of a MCA (such as county councils or those without an elected mayor e.g. North of Tyne Authority or West Yorkshire Combined Authority) can still access these new powers if they:

Only if all of the above criteria are met will the DfT approve an authority's request to access these powers.

How will bus franchises be implemented?

When a MCA (or other authority which has been afforded the applicable powers) wishes to implement a franchising scheme, it must complete a detailed assessment and submit this to the DfT for approval. This is a detailed process and includes similar elements to the test described above. Below are all of the elements to this second assessment:

Only when all of the above steps have been successfully completed can the authority submit its case to the DfT for a bus franchise to be implemented in their area. The DfT will then have the final say in deciding if a region is to be allowed to (1) exercise the powers under the Act and (2) implement a bus franchise system.

Are there alternatives to bus franchises?

The process of creating a business case to propose a new bus franchise in any given area is one that would take a significant amount of time and money for an authority to invest in. Despite this, there have been recent examples of major UK cities making public steps towards the franchising model.

One of the most prominent has been Manchester, where former Cabinet Minister and current Mayor Andy Burnham is a vocal supporter of change to the current local bus network which he describes as "confusing [and] overpriced."[3] The city will be holding a public consultation on the issue later in 2018, and other areas such as Leeds[4] and Middlesbrough [5] appear to be following suit. Leaders in these areas are pushing for an updated system which allows for a more consistent bus service offering in their area, and franchising would be one way in which they can achieve this.

A suggested alternative is a "partnership approach" – something which the Act provides further guidance on. In short, there are now two different forms of partnership that can be created between a local authority and a bus service operator:

Whilst many would argue that the current system is not broken, the Act presents franchising as one of several possible options to adapt the structure and delivery of bus services.

However, given the rigorous process outlined above to (1) acquire the powers under the Act and (2) use them to implement a franchise, it is perhaps unsurprising that few cities/authorities have jumped at the opportunity so far. The types of partnership approach outlined above are certainly an alternative that parties on both sides of negotiations have been strongly considering, so it will be interesting to see how many bus services go on to actually adopt the franchise model in practice.

We look forward to seeing how the bus sector moves forward in the aftermath of the Act.  If you would like to discuss the Act, or any of its potential implications, please get in touch with a member of our Transport Team who would be happy to assist.

"The bad guys do not appoint Art.27 representatives", but is representative liability a step too far under Article 27 of the GDPR?

Offshore wind targets: what might stop us hitting them?

Solicitors' negligence – when is it too late to claim?