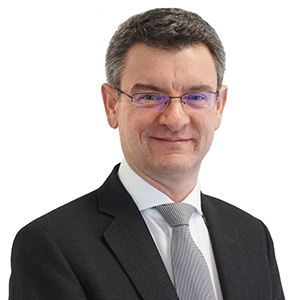 The UK Government has announced that the Hynet and East Coast Clusters are the two projects being prioritised as part of its carbon capture and storage (CCUS) Track One. Based on the North West coast and in Humber and Teesside respectively, these projects will not only contribute to the UK’s net zero ambitions, but have the potential to offer regional decarbonisation benefits in two of the most traditionally industrial regions in the UK.

Additionally, the announcement signals that the regions could begin to realise some of the 50,000 jobs that have been estimated as a result of the UK adopting CCUS. For Humber and Teesside, which together account for nearly 50% of UK cluster emissions, data from TVCA has projected that this could be as many as 25,000 jobs. HyNet aims to decarbonise North West England and North Wales from 2025 and has indicated that it expects to create 6,000 new employment opportunities.

The aim is to have the two projects deployed successfully by mid-2020s with a further four clusters developed as part of Track Two – the results of which are yet to be announced - operational by 2030.

“The announcement is progress and signals real change in traditionally high-emissions areas that have been subject to high levels of unemployment. It’s an important step in the right direction for the UK’s decarbonisation goals and one we should welcome. The two successful projects have been subject to a rigorous bidding process and there is a significant opportunity to develop a UK based supply chain to support them.”

“The UK government has set out an ambitious timetable to get the two priority clusters developed, and we envisage it will have to work hand in glove with the developers, sponsors, financiers, industrial emitters and other interested parties in order to settle the regulatory regime and ensure a smooth development process. This is an exciting opportunity for the UK to become a global market leader as CCUS is developed at scale, and represents part of the jigsaw of achieving net zero."

The announcement is supplemented with disappointment that the Scottish Cluster has not been named amongst the successful Track One bids. Richard added:

“It is a genuine shock that the Scottish cluster has been left out of this announcement, although it has been named as the reserve project, which will support its bid to be in Track Two. Like the North East and North West of England, Scotland has its development rooted in heavy industry and power as well as oil & gas. The region was considered a front runner given its preparation to be ready to implement CCUS".

What is carbon capture?

CCUS is the process of capturing and storing carbon dioxide (CO2) before it is released into the atmosphere. An effective carbon capture process can prevent up to 90 per cent of CO2 that is typically released by the burning of fossil fuels from reaching the atmosphere.

Once the carbon dioxide has been captured, it is compressed into liquid state and transported by pipeline, ship or road tanker, and is eventually pumped underground to be stored into depleted oil and gas reservoirs, coalbeds or deep saline aquifers, where the geology is suitable.

The aim is that the successful implementation of the Track One clusters will allow the transportation and storage of nearly 50 per cent of all UK industrial cluster CO2 emissions - up to 27 million tonnes of CO2 emissions a year by 2030.