Planning for the Future: white paper consultations for reforming the planning system in England

On 6 August the Government published its much-anticipated White Paper 'Planning for the Future'. For a white paper it contains a remarkable number of consultation proposals for a reworked planning system for England which looks ambitious, though fundamental aspects of the system remain. The consultation on the White Paper's proposals closes on 29 October 2020 and any proposals will require primary legislation.

Separately published for consultation until 1 October 2020 is a further document 'Changes to the Current Planning System'. This sets out proposed short-term changes to improve the effectiveness of the current planning system and will not require primary legislation. We will be considering details of that consultation separately, as well as specific discussion on the proposals for reforming the key environmental processes of the current planning system.

The White Paper proposes significant changes to both the plan-making and decision-making processes. There is much emphasis on design standards, and harnessing technology for planning processes and to encourage greater participation. Measures are also set out to encourage small and medium-sized builders (SMEs), and self-build, and for all new homes to be carbon neutral by 2050.

Simplifying the role of land use plans

The Government wants to roll back the scope of local plans for being too complicated by layers of assessment, guidance and policy. Anyone who has looked at the often multitude of interlinked complex and confusing documents will sympathise. Simplification comes hand in hand with proposals to move towards a 'zonal' planning system.

Government will publish a guide to the new system including data standards and digital principles. To support standardisation, and "well in advance of the legislation being brought into force" the White Paper states that Government will provide a "model template" for local plans and subsequent updates.

New local plans should be in place by the end of this Parliament (Spring 2024).

Given that under the new proposed system, local plan processes should take no more than 30 months to be put in place, the necessary primary legislation will need to have been passed and in force, with any necessary accompanying Regulations and guidance, by Autumn 2021 – an ambitious timescale, especially as Government would need to also implement any policy changes, including to set a new housing requirement, by updating the NPPF in line with the new legislation.

The new local plans will be required to identify areas to meet a range of development needs such as homes, businesses and community facilities for a minimum of ten years. This will include land required to take advantage of local opportunities for economic growth such as commercial space for spin-out companies near to university R&D facilities, or other high productivity businesses. Separately, the Government also intends to consolidate other existing routes to permission including simplified planning zones, enterprise zones and brownfield land registers.

***The White Paper further states that plans "should be informed by appropriate infrastructure planning, and sites should not be included in the plan where there is no reasonable prospect of any infrastructure that may be needed coming forward within the plan period", and that this will made clear in national policy (the NPPF).

Both in Growth and Renewal areas it would still be possible for a proposal which is different to the local plan to come forward, but this would require a specific planning application.

Applications would be standardised and made shorter and key required information would be considerably reduced and made machine-readable. Greater standardisation and templating (in consultation with statutory consultees), of technical supporting information on e.g. highway impacts, flood risk and heritage matters is proposed. For major development, beyond relevant drawings and plans, there should only be one key standardised planning statement of no more than 50 pages.

It is proposed to place the 8 and 13-week determination periods on a statutory footing and to incentivise determination within those; two proposals included are an automatic refund of the application fee and deemed grant for failure to determine within statutory timescales.

In addition to the standardisation of application documents already referred to above it is proposed that there would additionally be digital templating of planning notices, clearer and more consistent planning conditions and standard national conditions to cover common issues.

A streamlined approach to developer contributions

Replacing Section 106 and CIL with a nationally-set 'Infrastructure Levy' (IL) is proposed, to be charged on the final value of the development and levied at the point of occupation. The IL could also be extended to include changes of use which take place under permitted development, and as a mechanism for affordable housing. In this context the White Paper also states that the government particularly wants to ensure that the facilities and infrastructure that communities value, such as schools, hospitals and GP surgeries, are delivered quickly through the planning system. However, there is very little further detail on how this will be achieved.

It is proposed that detailed planning decisions be delegated to planning officers. There is also a proposal that where applications are refused, applicants will be entitled to an automatic rebate of their planning application fee if they are successful at appeal.

The White Paper promises a full response to the Building Better, Building Beautiful Commission's report in the Autumn as well as a consultation on recommended changes to the NPPF.

Supplementing the National Design Guide (October 2019), the Government will in the Autumn publish a National Model Design Code setting out more detailed parameters for development in different types of location: issues such as the arrangement and proportions of streets and urban blocks, positioning and hierarchy of public spaces, successful parking arrangements, placement of street trees, and high quality cycling and walking provision. It will be accompanied by worked examples, and complement a revised and consolidated Manual for Streets.

The aspiration is for local design guides and codes (informed by community preferences), to apply principles locally and to be prepared wherever possible. Government proposes to update the NPPF so that schemes which comply with local guides and codes have a positive advantage and greater certainty about their prospects of 'fast-track' approval. It is also proposed that each authority should have a chief officer for design and place-making and government will explore establishing a new expert body to assist authorities. In this context proposals later this year for improving the resourcing of planning departments are also promised.

Increasing the use of digital and online processes in planning

Government wants local authorities to radically rethink how they produce their plans and "profoundly re-invent the ambition, depth and breadth with which they engage with communities".

Local plans would be visual and map-based, standardised and based on the latest technology, including web-based, colour coded maps clearly identifying Growth, Renewal and Protected areas, and suitable development uses within each. Government would expect plans to be significantly shorter - a reduction in size of at least two thirds – given that policy contained in the plan would be restricted to clear and necessary site or area-specific development standards.

Development management policies which can be integrated with digital services, enabling digital-tech to screen developments to identify whether a development is policy compliant.

New digital engagement processes to improve the user experience and engagement for example to enable users to submit comments and visualise emerging proposals whilst on-the-go on a smart phone.

The proposals set out in the White Paper are very far ranging and amount to a substantial reframing of the planning system while largely retaining the twin strands of local plans and development management. Much is to be welcomed, in terms of simplification and use of modern technology but there are some major concerns.

It is also of note that much of the drive of the Coalition Government's planning reform from 2010, towards localism, seems to have become a distant memory, with faintly disguised centralisation of the system. Until the new required draft legislation, orders and guidance are also available it is hard to predict how it will work out in practice, whilst much of the opposition to what is proposed will surely come from shire counties and market towns when the reality of what is proposed is better understood.

There is strikingly little on the relationship between major infrastructure and land use planning, nor on the drive to a zero carbon economy. Now would seem to be the ideal time to make sure much needed new housing is built in the right places with the right public transport and to standards that mean the housing is zero carbon from the start rather than requiring expensive retrofitting in just a few years. For an attempt to be radical, largely with respect to housing provision, it is disappointing that the proposals do not seek to make the planning system the principal strand of England's striving to be a modern zero carbon economy as swiftly as possible. This can only mean that the "most radical planning reforms since World War II" will surely soon be followed by further set of reforms to deal with the impending climate emergency.

Finally we note that the Government will explore the possibility of using the Development Consent Order procedures for the delivery of major development particularly where land assembly difficulties or planning challenges arise. We have participated in a research project to illuminate these issues. Click here for more information. 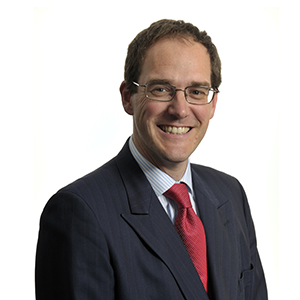