If you mentioned construction tax changes last year, the focus was mainly on the construction VAT reverse charge (which has been postponed to October this year).

However, there is another tax change due in April this year, which will impact on the construction industry - the law relating to IR35, also known as the off-payroll working rules, is changing, and will place additional obligations on medium and large developers and contractors who engage off-payroll workers and professionals.

A government review of the changes is also underway at the moment.

This article aims to give a broad explanation of the IR35 / the off-payroll working rules, the forthcoming changes, what the government review is about, and what public authorities, developers and contractors may need to consider when engaging off-payroll workers and professionals.

What is IR35 / off-payroll working?

IR35, the off-payroll working rules, were actually introduced in 2000 so have been in place for 20 years.

In other words, as the government guidance on Understanding Off-Payroll Working (IR35) explains:

"the rules apply if a worker provides their services to a client through an intermediary, but would be classed as an employee if they were contracted directly".

Essentially this means that these "off-payroll" workers and professionals do not get a tax advantage - because they cannot avoid paying the taxes and National Insurance contributions that other employees would pay by using an intermediary or their own personal services company.

The government announcement of its review of the changes to the off-payroll working rules (Off-Payroll Review Launched), referred to in more detail below, states that "those who do not comply with the rules pay significantly less income tax and NICs [National Insurance contributions] than an equivalent employee" and that the changes coming into force in April "are designed to tackle non-compliance with off-payroll working rules by making medium and large organisations in the private and third sectors responsible for determining the tax status of contractors".

Broadly speaking, from a construction industry point of view, from 6 April 2020, the rules are changing to make all public authorities and medium and large developers and contractors (who meet certain criteria) responsible for looking into and determining the employment status of off-payroll workers and professionals that they use.

These off-payroll workers and professionals currently determine their own employment status and subsequent tax liability, but the changes mean that those engaging them now have an obligation to check this themselves.

The government guidance April 2020 Changes To Off-Payroll Working For Clients sets out who the rules apply to:

Public sector clients and private developers and contractors caught by the above must then apply the rules :

"You’ll need to decide the employment status of a worker, you must do this for every contract you agree with an agency or worker. You’ll need to:

If you are also the fee-payer and the off-payroll working rules apply, you will need to deduct and pay tax and National Insurance contributions to HMRC."

The consequences of getting this wrong could then sit with the public authority, developer and contractor - because if they do not take reasonable care in determining the employment status of a worker or professional, and that worker or professional should have paid more tax or National Insurance contributions, then the tax and National Insurance contributions become the responsibility of the public authority, developer or contractor.

If the worker or professional disagrees with the determination of their employment status, then the public authority, developer or contractor must:

and must respond within 45 days of the worker or professional disagreeing with their employment status determination - failure to do so results in the worker’s tax and National Insurance contributions becoming the public authority, developer or contractor's responsibility.

It is worth noting though that:

What the government review is about

On 7 January, the government announced a review of the above changes to the off-payroll working rules (Off-Payroll Review Launched) "to address any concerns from businesses and affected individuals about how they will be implemented".

It also stated that the "review will gather evidence from affected individuals and businesses to ensure smooth implementation of the reforms" and that "the Government will hold a series of roundtables with stakeholders representative of those affected by the reform, including contractor groups and medium and large-sized businesses, to understand how the government can ensure smooth implementation of the reforms. The Government will also carry out further internal analysis, including evaluation of the enhanced Check employment status for tax (CEST) tool and public sector bodies’ experience of implementing the reform to the off-payroll working rules in 2017".

The review is due to end in mid-February.

Public authorities, and developers and contractors should consider whether the changes to the off-payroll working rules will apply to them, including determining whether they are an end-user or fee-payer (and notifying any fee-payer as necessary) – and if they rules do apply they should also consider the following:

As such, the focus seems to be on implementing the changes rather than reviewing whether the changes should go ahead, and so it seems likely that the legislation will still be introduced in April (and will not be postponed), although perhaps with a few tweaks depending on the outcome of the review.

With this in mind, public authorities, developers and contractors should continue to prepare for the changes to come into force in April.

(For more on the construction VAT reverse charge which is due to come into force in October 2020 (postponed from October 2019), see here.) 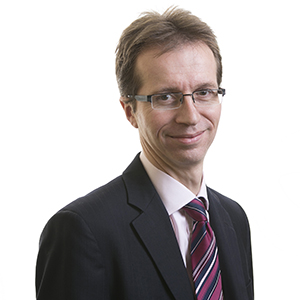