Vicarious liability – some reassurance for employers? 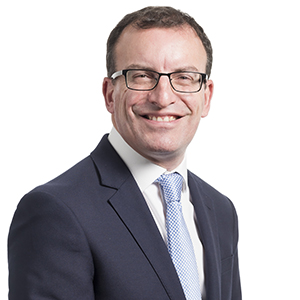 When will an employer be responsible, or vicariously liable, for the actions of its employees? This is a question that has been before the courts a number of times in recent years often with surprising results.

That an employer can be vicariously liable for the actions of its employees in certain circumstances is well established. The issue has been what is the extent of that liability? It is generally accepted that in recent years the courts have continued to extend the circumstances in which an employer will be responsible. What is the position now?

Vicarious liability – what is the position now?

At the end of 2018, the Court of Appeal ruled on a case concerning an employer's vicarious liability for the misuse of private data. In Wm Morrison Supermarkets Plc v VariousClaimants [2018] EWCA Civ 2339 Morrisons was asked by its external auditors to provide a copy of its payroll data which included sensitive information such as names, addresses, salaries, bank account details and NI numbers. An employee provided the sensitive data to Morrisons' internal auditor, who had the role of passing it on to the external party.

The internal auditor unlawfully posted the data on a file-sharing website with the intent to cause harm to Morrisons. The employees who had their personal data shared issued a claim against Morrisons for breach of statutory duty, breach of confidence and misuse of private information under Data Protection Act 1998 (DPA 1998). The latter two claims were brought on the basis that the employer was either directly or vicariously liable for the internal auditor's actions.

At first instance, the data controller under DPA 1998 was found to be the internal auditor rather than the employer, so Morrisons could not be held directly liable. However, it could be held vicariously liable. On appeal this decision was upheld. DPA 1998 does not exclude claimants from bringing a vicarious liability claim for breach of confidence or misuse of personal information where the breach has been caused by an employee.

The Court stated that the motives for the breach were irrelevant when considering vicarious liability, even if the intention was to cause harm to the employer. The connection between the position held by the internal auditor and his conduct were sufficiently close to find Morrisons vicariously liable for his actions. In addition, it did not matter that the wrongdoing had occurred away from the workplace.

The decision has been appealed to the Supreme Court and a decision expected shortly.

In coming to its conclusions, the Court of Appeal considered an earlier decision, Bellman v Northampton Recruitment Ltd [2018] EWCA Civ 2214. Here the employer was held to be vicariously liable for the actions of its managing director. He punched an employee following a heated work-related discussion at a late night drinking session in a hotel which followed the employer's Christmas party. At first instance, the employer successfully defended the claim as the judge accepted that there was a substantive difference between the earlier Christmas party (which the employer had paid for and which employees were expected to attend) and the later drinks. The judgment was successfully appealed by the claimant. The Court of Appeal concluded that the managing director was operating in his "field of activities" when he hosted the late night drinks and got embroiled in the argument.

Conduct must be closely connected to the field of activities

That decision was unwelcome both for employers and insurers alike. However, some balance has been restored with a further case from 2019 heard on appeal in the High Court. In Shelbourne v Cancer Research UK [2019] EWHC 842 (QB) the defendant employer organised a Christmas party during the course of which, B (who was a visiting scientist and had been drinking), dropped a co-worker while they were dancing resulting in her suffering a serious spinal injury. At first instance the claim was dismissed and the claimant appealed the decision.

In its judgment the court held that although the employer owed the claimant employee a duty of care there had been no breach of that duty on this occasion. The employer had undertaken a pre-incident risk assessment which took into account that alcohol would be served but recognised that at previous parties there had been no incidents and there had been no previous complaints about B's behaviour.

In addition, the court ruled that the employer was not vicariously liable for B's actions. It restated that an employer will be vicariously liable for the actions of its employee where there is a sufficiently close connection between the position in which they are employed (the field of activity) and the wrongful conduct. In this case, the claimant argued that the employer had organised the party for its own benefit and by extension B's field of activities included interacting with fellow partygoers "in alcohol infused revelry". The employer's case was that B's field of activities was limited to working in their laboratories.

The claimant's argument was rejected by the court. It was an unrealistic description of the average work Christmas party. The employer's motivation for organising the party was not to derive a benefit but rather to do what was expected of an employer at Christmas. Furthermore, B was not required to attend the party and had not been working in his field of activities at the time of the incident. Therefore B's conduct on the dancefloor was not sufficiently connected with his field of activities to make the employer vicariously liable for his actions.

Claims such as these are particularly fact sensitive in establishing what the employee's field of activities are and whether there is a sufficiently close connection between those activities and the wrong doing. It is clear that employers will not be vicariously liable for all incidents involving members of their workforce. More guidance on the degree to which the conduct must be connected to the employee's field of work can be expected in early 2020 when the verdict on the Supreme Court appeal in Morrisons is expected.