Inventions made by employees and protected under the Patents Act 1977 (the "1977 Act") which have exceptional success on the market may entitle that employee to a fair share of the benefit received by their employer. The level of success is assessed by considering the commercial reality and business of an employer's group as relevant to the invention. A recent case brought before the UK Supreme Court[1]  has shed new light on this assessment.

Professor Shanks was employed by Unilever UK Central Resources Ltd ("CRL"), a subsidiary of the Unilever group dedicated to employment and patent-holding. Shanks invented a type of biosensor which measured, amongst other things, serum glucose levels. At that time, Unilever had minimal or no interest in home diabetic testing kits, the primary commercial opportunity for such an invention.

Shanks' inventions were granted patent protection from June 1983 onwards in various jurisdictions including Australia, Canada, Japan, and the USA (the "Shanks Patents"). The market grew in the 1990s and 2000s, and Unilever licensed the Shanks Patents to significant industry companies. The rights to the Shanks Patents changed hands several times within Unilever, ultimately to a patent-holding company.

Unilever received financial benefit through licensing, with £24m attributable to the Shanks Patents. Several years later, in 2006, Shanks applied for compensation on grounds that his inventions provided outstanding benefit to his employer and he was entitled to a fair share of 20% plus an uplift to account for the effect of passage of time on money's-worth.

The original relevant provisions of the 1977 Act read as follows:

the court or the comptroller may award him such compensation of an amount determined under section 41 below.

(1)    An award of compensation to an employee under section 40(1) or (2) above in relation to a patent for an invention shall be such as will secure for the employee a fair share (having regard to all the circumstances) of the benefit which the employer has derived, or may reasonably be expected to derive, from the patent or from the assignment, assignation or grant to a person connected with the employer of the property or any right in the invention or the property in, or any right in or under, an application for that patent.

(2)    For the purposes of subsection (1) above the amount of any benefit derived or expected to be derived by an employer from the assignment, assignation or grant of—

(4)    In determining the fair share of the benefit to be secured for an employee in respect of a patent for an invention which has always belonged to an employer, the court or the comptroller shall, among other things, take the following matters into account, that is to say -

In 2012, the hearing officer of the UK Intellectual Property Office held that the benefit under section 40 of the 1977 Act was not outstanding, "having regard to the size and nature" of Unilever. If it had been outstanding, the hearing officer would have awarded the inventor 5% of the benefit, but would have not made any allowance for diminution of this compensation through the passage of time.

Shanks' appeal of the hearing officer's decision was dismissed by the High Court. The Court of Appeal also agreed the benefit was not outstanding but disagreed with the High Court that passage of time should be discounted.

In making its decision, the UK Supreme Court considered the old provisions of sections 40 – 43 of the 1977 Act. The Supreme Court determined that the benefit in this case was "outstanding" when comparing the Shanks Patents to the other patents developed by the same subsidiary. Importantly, the Supreme Court did not focus solely on the overall turnover and size of Unilever – which runs into billions of pounds. In addition, the Supreme Court agreed with the Court of Appeal that the passage of time and, in particular, inflation rates should be taken into account when setting the size of the award.

What have we learnt?

2.    What are the principles governing the assessment of the outstanding benefit to an employer and did the hearing officer apply them correctly?

3.    How should a fair share of an outstanding benefit be assessed?

The employer is the "actual employer", which in this case was CRL. The Supreme Court assessed the nature and scale of CRL's operations and the business relationship of this and the other subsidiaries within the overall Unilever corporate group, and compared benefits derived from these subsidiaries – not just that of the group. The operations of this "employer's undertaking" was research performed by, and related to, CRL, which was also the first owner of the Shanks Patents.

Upon implementation of the 1977 Act, Unilever had incorporated CRL to become the immediate employer of talent hired to invent on behalf of Unilever. In this case, the technology was devised by CRL employees. However, in reality, CRL was a holding company for patents that moved and were used within the overall Unilever group to be exploited by the various parts of that group.

In determining whether a benefit to a patentee of an employee devised invention was "outstanding", the Supreme Court ruled that it is wrong to compare the monies generated from the Shanks Patents benefit to the overall turnover and profitability of all Unilever products over the same period. Instead, the comparison should be the extent of the benefit of the Shanks Patents to the Unilever group and how such a benefit compares with benefits to the Unilever group derived from other patents arising from research carried out by CRL.

Having determined that the benefit was 'outstanding', the Supreme Court went on to consider what was a "fair share" according to section 41 of the 1977 Act. After settling on a preliminary figure, the Supreme Court adjusted this downwards to reflect (i) the role of the defendant in bringing the Shanks Patents to market and (ii) that Shanks had simply carried out a requirement of his employment – i.e. his duty to invent. However, an uplift to the compensation was granted on the ground that "fairness demands" that the sum should reflect the passage of 12 years between the making of the claim by Shanks and the judgment. From the outstanding benefit to Unilever assessed at £24 million, Shanks was awarded the sum £2 million, being 5% with an uplift to compensate for the lengthy passage of time.

Developments in the law

The law was amended by the Patents Act 2004, whereby the rights to compensation were extended from granted patents to inventions themselves.
The new section 41(1) reads:

An award of compensation to an employee under section 40(1) or (2) above shall be such as will secure for the employee a fair share (having regard to all the circumstances) of the benefit which the employer has derived, or may reasonably be expected to derive, from any of the following –

to a person connected with the employer.

Although Shanks has brought the first successful claim under the old law regarding outstanding benefit, the potentially lower bar for employee inventors under the new law has not yet been examined by the courts.

This judgment is significant in that it shows that, whether the claim is brought under the old or the new provisions, when assessing what constitutes "outstanding benefit", the courts will look at the commercial realities upon which group companies employ staff and interrelate with each other.

The Supreme Court held that it is an error of principle and far too simplistic merely to compare the monies earned by a patented invention with the overall turnover of the entire group. Otherwise, one would end up with a situation when it was nigh impossible to claim successfully against large groups.

Rather than tie the size of the group directly to the assessment of compensation for outstanding benefit, in awarding Mr Shanks a base share of 5% rather than the 20% that he had sought, the Supreme Court did acknowledge that a factor in the successful exploitation of the Shanks Patents was the fact that, without the vast resources which an employer such as Unilever could make available, the invention would have faced far greater difficulties in being marketed and/or commercialised. 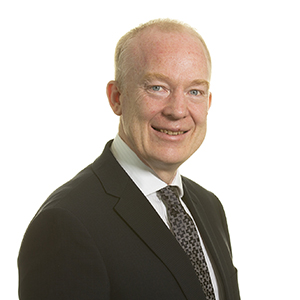