Rumblings about a wealth tax…

There has been some concern amongst individuals, families and their advisors that UK policymakers may be considering introducing a form of wealth tax. Specifically, the Institute for Fiscal Studies (IFS) has now put together a multi-disciplinary project to examine the arguments for and against. The project is being run by Arun Advani (professor of economics at Warwick), Emma Chamberlain, (a well-known tax barrister) and Andrew Summers (an assistant professor at the LSE).

The project was launched on 2 July with Arun Advani, Emma Chamberlain joined by Helen Miller (IFS deputy director) and Lord Gus O'Donnell (former Cabinet Secretary) hosting an online live webinar. The presentation picked up on recent academic discourse suggesting capital is taxed less heavily than labour and growing calls in some circles to address this (consider for instance the work by polemic French economist, Thomas Piketty, and the Land for the Many report prepared by George Monbiot for the Labour Party before the last election).

Key themes addressed in the initial paper include presenting research on the following points:

The initial discussions were notable for, in the main, being reasonably balanced in terms of the attractiveness or otherwise of a wealth tax. It was for instance acknowledged that wealth is already significantly taxed (consider inheritance tax on transfers of wealth and transactional taxes on wealth such as capital gains tax and stamp duty land tax). As a result, the central consideration for the project is not whether wealth should be taxed but how, and whether now is the time for fundamental reform.

Those who follow this area may be aware that a number of reviews of the inheritance tax system (described in the kick-off session as both hated and deeply flawed) have recently been conducted. These include the work of the Office for Tax Simplification (its second report was published in July 2019) and the All Party Parliamentary Group on Inheritance and Intergenerational Fairness (which reported in January 2020 and proposed more radical reforms). Accordingly one live issue for the project will be whether a wealth tax, e.g. structured as an annual levy on capital held, should replace inheritance tax altogether. The project team acknowledges that a wealth tax is replete with practical difficulties and technical problem areas, such as valuation issues, treatment of wealth held in corporate or trust structures, costs of administration of a new tax and complexity of its collection – some of these issues having been cited as reasons for other nations abandoning their wealth taxes.

The job for this project is to examine whether a wealth tax is a good idea in principle – considering both the economic arguments and the practicalities of its introduction and administration, and indeed how individuals may respond. The project acknowledges there are risks of wealthy individuals leaving the UK in response to higher overall taxes. The project has also taken into account public opinion, noting the findings of a recent poll that, provided main homes and pensions were wholly excluded, 61% were in favour and 14% against a wealth tax being introduced (YouGov, 2020). (As noted above, however, one significant issue is that the tax-base would be hugely eroded by excluding these asset classes from the scope of a wealth tax).

Many will be tracking the development of this project, including of course policymakers linked to the Treasury. This new project is in its early stages, but the burgeoning UK deficit as a result of both the COVID-19 pandemic and government responses to it may fuel those who advocate significant policy change in this area. (The deficit is set to hit £360 billion by the end of the financial year, around 18% of national income).

There will, however, be understandable scepticism that a Conservative government really has an appetite for such fundamental change to tax policy, and it was notable in Prime Minister's Questions before the Summer Statement on 8 July that the Prime Minister himself made political capital of the Shadow Chancellor's public calls for the introduction of a wealth tax as part of a revenue-raising response to the COVID-19 economic crisis, saying "they want to tax, tax, tax, we want jobs, jobs, jobs". For now at least it seems the current administration is far from persuaded. 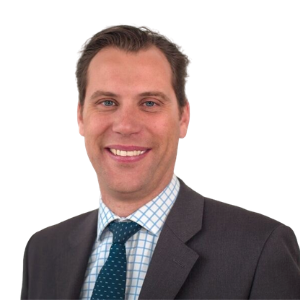