Reinstatement of the Vacant Building Credit 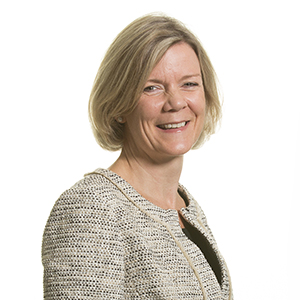 Following the Court of Appeal decision the Written Ministerial Statement made on 28 November 2014 (and subsequently revised on 27 February and 26 March 2015) (the WMS), has been reinstated as lawful policy. Likewise, the relevant paragraphs (021 to 23) of the national Planning Practice Guidance (PPG) have also been reinstated.

The WMS included not only the policy on the 10 unit threshold for affordable housing but also referred to the financial credit that should be deducted from the calculation of any affordable housing contributions where vacant buildings were brought back into re-use or demolished for redevelopment as part of the proposed development. This briefing focuses on the reinstatement of the vacant building credit (VBC).

What has become referred to as the VBC is a national policy incentive scheme to reduce planning gain liabilities on vacant stock. The VBC comes into play where a vacant building is brought back into any lawful use, or is demolished to be replaced by a new building. In summary, it operates by providing a financial credit equivalent to the existing gross floor space of relevant vacant buildings when the local planning authority (LPA) calculates any affordable housing contribution. However on the introduction of the VBC there were a number of uncertainties on meanings and application in practice.

What is the process for determining the vacant building credit?

Only limited guidance on exactly how the VBC should be applied and calculated in practice is given by the PPG. The PPG stipulates that the credit will not apply if a building has been "abandoned" but does not offer guidance on how such a determination should be made. According to the Planning Advisory Service (PAS), it is not the same as the CIL requirement. There is no reference to a time period in this affordable housing financial credit policy or the guidance. The case law on abandonment may be relevant to assess whether or not the financial credit applies.

In order to claim the credit the PPG states that it will apply to any relevant vacant buildings being brought back into "any lawful use", so not just residential use. It will also apply to buildings "demolished as part of the scheme" (emphasis added). This latter point implies that it ought not to apply where buildings have been demolished prior to an application.

Subsequent revision of the PPG wording (in March 2015) sought to provide added clarification on how the VBC applies to both affordable housing contributions and the provision of affordable units, and a simple example of how it is to be calculated was provided. Guidance from PAS has suggested that the calculation should be similar to that for CIL, namely the gross internal area (GIA) of the respective buildings.

The revision of the PPG wording in March 2015 also included additional text for LPAs to consider how the VBC should apply to a particular development. This wording suggests that there is some flexibility in how LPAs can decide to apply the policy. The PPG gives two examples of what it "may" be appropriate for LPAs to consider, namely:

The stated policy intention is to incentivise brownfield development, including the reuse or redevelopment of "empty and redundant buildings".

Can the Court of Appeal judgment offer any guidance on the application of the VBC?

The Court of Appeal judgment gives some helpful insight into this final point on the status of the policy guidance and how it should be applied.

In the High Court, Holgate J had found that the WMS was unlawful on four grounds, one of which was that it was inconsistent with the statutory planning regime. This was the major focus of the case. In particular, Holgate J had in mind section 38(6) of the Planning and Compulsory Purchase Act 2004 which provides that "if regard is to be had to the development plan for the purposes of any determination under the Planning Acts the determination must be made in accordance with the plan unless material considerations indicate otherwise."

Holgate J took the view that section 38(6) "gives priority" to the policies in the adopted development plan and he had found that the language of the WMS purported to confer exemptions in each and every case where affordable housing requirements in an adopted local plan policy are inconsistent with the national thresholds in the WMS. As such, he held that the WMS was overriding the presumption in favour of the development plan policies as set out in section 38(6) and the need to weigh considerations in the balance.

In the Court of Appeal, the judges referred to two important principles that apply to a policy-maker and the decision-maker in the planning arena. First, the rule against fettering discretion means that a decision-maker needs to bring his mind to bear on every case and cannot "blindly follow a pre-existing policy without considering anything said to persuade him that the case in hand is an exception." Secondly, "a policy-maker (notably central government) is entitled to express his policy in unqualified terms. He is not required to spell out the legal fact that the application of the policy must allow for the possibility of exceptions."

Planning policy is "not a rule but a guide" and so section 38(6) shows that neither the development plan nor any other policy relevant to the proposed development is "to be applied rigidly or exclusively by the decision-maker." Section 38(6) requires the development plan to be the starting point and so there is a presumption that it should be followed but "it is not the law that greater weight is to be attached to it than to other considerations". The Court held that the Secretary of State as policy-maker could not as a matter of law seek by his policies in the WMS to frustrate the effective operation of section 38(6) and section 70(2) of the Town and Country Planning Act 1990.

The Court of Appeal applied these principles to the WMS, accepting that whilst the policy was set out in mandatory terms i.e. "a threshold beneath which affordable housing contributions should not be sought" (emphasis added) this did not mean it had to be applied without exception in every case. However, it is obvious that the Government’s strong aim is for the policy to be applied in most cases and the Court of Appeal recognises that on appeals for example, where the Secretary of State is the decision-maker he may prefer his own policy to the development plan if there is a conflict, and he may be entitled to do so.

Although the Court of Appeal case focuses largely on the 10 unit threshold, the same principles can be said to apply to the VBC. Indeed, the PPG does anticipate potential exceptions for when it might not be appropriate to apply the VBC and so assumes some flexibility in its application already. The exceptions are not exhaustive and in light of the Court of Appeal decision, it would be possible for the decision-maker acting reasonably to exercise his planning judgement (in accordance with section 38(6) and weighing other relevant factors) and decide not to apply the VBC for other reasons in a particular case.

Despite the controversy surrounding the introduction of the VBC in 2014 and some of the perverse consequences it led to in early 2015 before it was first quashed, the Government has reinstated the PPG paragraphs on VBC without amendment.  This suggests the government intend to stick with the policy, for now at least. The Government Press release immediately following the case made no reference to the position on the VBC.