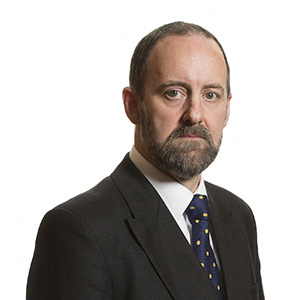 "Pay now and argue later" is the maxim often attributed to adjudication.

The approach taken by the Technology and Construction Court (TCC) to adjudication enforcement deliberately refuses to engage in the question of whether an adjudicator has rightly or wrongly decided a dispute. As summarised in Carillion Construction Limited v Devonport Royal Dockyard Limited  [2006] BLR 15 "the need to have the 'right' answer has been subordinated to the need to have an answer quickly".

As such, it is well established that an adjudicator's decision will be enforced by the TCC if the adjudicator decided the issue in question, had jurisdiction to do so, and acted in accordance with the rules of natural justice. It can be a bitter pill to swallow for a losing party if they believe the adjudicator was incorrect, but such is the nature of the procedure and the Court is reluctant to interfere.

Coulson J in the now well-known Caledonian Modular Limited v Mar City Developments Limited [2015] EWHC 1855, which concerned an enforcement application, allowed the defendant to seek a declaration that an adjudicator had decided an issue in the dispute incorrectly; in that case the validity of a payment application. The judge was clear however that such an approach would only be allowed where there was a 'short, self-contained point' requiring no oral evidence and that 99 cases out of 100 would not be suitable.

The recent judgment in Hutton Construction Ltd v Wilson Properties (London) Ltd [2017] EWHC 517 (TCC) from the same judge has clarified the procedure and the limited circumstances in which a party can resist enforcement on the basis that there may have been an incorrect determination by the adjudicator. Coulson J provided guidance where a party resists enforcement on such grounds and issued a reminder that such a procedure is not to be used to "shoehorn" the entirety of the adjudication dispute into an enforcement hearing.

Facts of the case

Wilson Properties (London) Ltd (the Employer) engaged Hutton Construction Ltd (the Contractor) to carry out the conversion of Danbury Palace in Chelmsford into 13 apartments. The contract incorporated the JCT Standard Building Contract, Without Quantities, 2011 Edition (SBC/XQ 2011).

On 17 August 2016, the Contractor issued an application for payment 24. The Employer issued a pay less notice on 23 August 2016, which it also argued was a valid interim certificate.

The Contractor disputed the validity of the pay less notice and, in October 2016, referred the dispute to adjudication. The adjudicator's decision awarded the Contractor just under £492,000.

The Employer did not pay and the Contractor issued enforcement proceedings under CPR 7.

The Employer did not serve a defence or counterclaim; it simply said that enforcement was being resisted. The witness statement from its solicitor raised issues of fact and set out a history of the claim, but it did not identify "how and why" the adjudicator was wrong. It also failed to identify the declaratory relief the Employer planned to seek.

The Employer subsequently issued Part 8 proceedings, although it did not seek any specific declarations. Instead, it asked the court to decide the same issues that were before the adjudicator, namely whether the adjudicator was correct to decide that the Employer's notice of 23 August 2016 was not a valid pay less notice and/or an interim certificate.

Coulson J found in favour of the Contractor and allowed summary judgment.

The judge considered that the points raised in the Employer's defence to enforcement "endeavour to rerun the entirety of the issues in the adjudication" including factual matters that the Contractor had not had time to consider.

Recent "smash and grab" adjudication enforcement cases following Caledonian were also considered. These cases seemed to allow Part 8 declarations on issues raised in the adjudication. However, it was noted that in those proceedings the parties adopted "a broadly consensual approach" on narrow, determinative points. It was clear that in the present case the parties had not agreed an approach to the Employer's challenges.

The proper approach (where there is no consent)

Following his comments regarding the unsuitability of the present dispute in enforcement proceedings, Coulson J set out in his judgment the procedure that must be adopted where a defendant seeks a Part 8 declaration on a point it believed was incorrectly decided and the narrow circumstances in which that would be permitted.

The defendant should issue a prompt Part 8 claim at the outset setting out the declaration it was seeking. Coulson J referred to paragraph 9.4.3 of the TCC Guide which suggested a more informal approach but stated that the test as established in this case should replace that guidance.

In bringing the Part 8 claim, the defendant must be able to demonstrate that:

The court will enforce an adjudicator's decision, despite a Part 8 claim being issued, unless it is demonstrably clear from the outset of the enforcement hearing that the adjudicator's decision was obviously wrong as a matter of law, if they have acted beyond the rules of natural justice or lack jurisdiction to make the decision.

The judge concluded "It cannot be right, absent any consent from the claimant, to let the defendant shoehorn into the timetable available at the enforcement hearing the entirety of that adjudication dispute. Such an approach would mean, instead of being the de facto dispute resolution regime in the construction industry, adjudication would simply become the first part of a  two-stage process, with everything coming back to the court for review prior to enforcement". Such an approach, he stated, cannot be permitted.

If practitioners previously considered a window of opportunity might have opened to allow enforcement to be defended on the basis of issues wrongly decided, Coulson J's comments in the present case have clearly closed it.

There remains a very limited set out of circumstances in which parties can resist enforcement of an adjudicator's decision. Attempting to ask the court to revisit issues already decided will be considered an abuse of process, rendering the defendant liable for indemnity costs.

The case is a useful reminder of the rationale behind adjudication and the court's efforts for it to remain as a fast and determinative procedure. If parties wish to resist enforcement or seek a Part 8 declaration on a point decided in an adjudication they will need to be careful to ensure they meet the rigorous test set out in Hutton and follow the guidance set out by the Court to the letter.