Debranding can constitute trade mark use 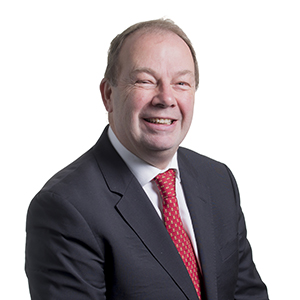 In Mitsubishi Shoji Kaisha Ltd & Or v Duma Forklifts NV & Or[1], a preliminary ruling was requested on the interpretation of Article 5 of Directive 2008/95/EC ("Directive") and Article 9 of Regulation No. 207/2009 ("Regulation") in relation to trade mark proceedings between the parties.

Mitsubishi Shoji Kaisha Ltd ("Mitsubishi") is a multinational automotive manufacturer and owner of, among others:

Duma Forklifts NV ("Duma") specialises in the sale and purchase of new and second hand forklift trucks, along with the sale of forklift trucks under the names "GSI", "GS" and "Duma". It was previously an official dealer of Mitsubishi forklift trucks in Belgium but its distribution rights had been terminated by the manufacturer.

G.S. International BVBA ("GSI") is affiliated with Duma and specialises in the wholesale import and export on the world market of forklift trucks it has constructed, repaired and adapted to applicable European standards. The trucks are given their own serial number and delivered to Duma.

From November 2009, Duma and GSI had acquired MITSUBISHI-branded trucks from outside of the EEA, from a company within the Mitsubishi group. These were then placed in a customs warehouse prior to their sale into the EEA. While in the warehouse, all of the MITSUBISHI marks were removed and modifications were made to the trucks to render them compliant with European standards. Identification plates and serial numbers were also removed and replaced with Duma's own details and signage.

Mitsubishi sought protection under Article 5 of the Directive contending that (1) Duma's actions infringed its rights as trade mark owner, particularly the right of proprietor to be first to place on the market in the EEA goods bearing its marks and (2) such actions by Duma harmed the trade mark's functions of indicating origin and quality along with investment and advertising. It declared that, despite the removal of the marks, the trucks still remained recognisable to consumers.

Duma and GSI submitted that they were entitled to affix their own signs to the products as they had made modifications in order to make the trucks compliant with EU regulations.

Referral to the CJEU

The infringement proceedings before the Brussels Commercial Court were stayed and the following questions were referred to the CJEU for a preliminary ruling:

Prior to the ruling by the CJEU, the opinion of Campos Sánchez-Bordona, the Advocate-General ("AG") was delivered in April 2018 to the effect that such debranding did not constitute trade mark infringement. If anything, the opinion of the AG was that the activities by Duma amounted to acts of unfair competition. In doing so, the AG distinguished the facts of this case from those in Portakabin v Primakabin[2] because in the earlier case the defendant's advertising material still made reference to the PORTAKABIN brand.

The AG pointed out that national decisions in the UK and Germany had held previously that, where there had been the complete debranding of a mark, infringement proceedings could not be brought. In contrast, in order to make debranding treated as an act of infringement under French law, this had to be so stated in an express provision of national law.

Nevertheless, the CJEU took the unusual step of not following the AG's opinion. Instead the CJEU ruled that:

It was also observed that the fact that it was of no relevance that the removal of the signs and affixing the new signs took place while the goods were still placed under the customs warehousing procedure, because the actions were carried out for the purpose of placing the goods on the market in the EEA despite how, under European customs legislation, debranding in a customs warehouse is expressly permitted.

Consequently, it was found that the answer to the questions referred to the Court of Justice must be interpreted as meaning that the trade mark proprietor was entitled to oppose such actions, under Article 5 of the Directive and Article 9 of the Regulation.

This decision strengthens the rights of EU trade mark proprietors in that debranding has been held to be capable of being an unlawful act made in the course of trade.

However, the CJEU's decision has been widely criticised as being a step too far and introducing uncertainty where such had not previously existed. Some commentators have also pointed out that Mitisubishi would probably have been able to rely upon the laws controlling unfair competition and did not need to proceed by way of trade mark infringement.

Moreover, there are a number of ramifications which might now flow from CJEU's ruling. For example, queries arise as to whether courts can now continue the common practice of simply requiring defendants to obliterate marks from the goods about which the proprietor complains rather than destroy the goods in their entirety, if obliteration (i.e. debranding) might itself still amount to an infringement.