RPI is changing: 3 reasons why property occupiers and investors need to take action

The recent announcement of the Chancellor, Rishi Sunak, to extend the consultation period for assessing the reform of the Retail Prices Index (RPI) until this summer in view of COVID-19 will give businesses more time to respond on this important issue.

Whilst many of the articles about the proposal to align RPI with the Consumer Prices Index plus Housing Costs (CPIH) methodology will focus on the effect it will have on bonds and pension schemes, landlords and tenants will need to be aware of the implications for commercial leases. It has been accepted that RPI is likely to be phased out (or brought in line with CPIH) from 2030, but the Chancellor has given a clear signal that he is thinking about bringing this date forward to 2025. This makes it relevant for many new leases being agreed now or already in place.

Although open market rent reviews remain dominant, it is not uncommon for commercial leases to have a rent review linked to increases in RPI. RPI increases have tended to be higher than CPIH by around 1% and this is why RPI remained popular with property investors (and the Government) even after CPIH became the benchmark for inflation. When RPI is brought in line with CPIH, rent increases at review and, in turn, investment values will both drop. This may already be having an impact on existing leases with RPI increases scheduled for after 2030.

RPI-linked review provisions generally allow for the substitution of a replacement index if RPI ceases to exist or where the basis of its calculation is materially changed. However, there is no obvious replacement index (aside from CPI or CPIH) so this gives little comfort to landlords.

The drafting of the rent review provisions will be important and landlords and tenants should audit all of their leases which contain RPI linked reviews to assess the potential implications. The proposed adjustment will be most relevant for new leases and renewals where the review is due to take place on or after 2025.

A landlord may look to pre-empt the change in RPI by seeking to agree new leases and renewals by reference to CPIH plus 1% or impose a higher minimum floor on the increase. However, even if this is commercially acceptable to both parties, their tenant will need to be mindful of any stamp duty land tax implications (see below).

Although many rent reviews take place after the fifth year of the term of a lease (and therefore are not taken into account in the SDLT calculation), where leases contain a rent review during the first five years, any uplift will still be ignored for SDLT purposes where the review is linked to RPI (which is an 'excluded adjustment').

However, where the review is linked to another index - such as CPIH - or where the review contains its own artificial adjustment (such as, for example, RPI-1% or CPIH+2%), this will not be an 'excluded adjustment'. If such a review is to occur in the first five years of the term, its effect on the rent will need to be taken into account for SDLT purposes. We would hope that the Government updates the rules to exclude CPIH increases, but tenants should not take this as given.

Where a lease contains a capped service charge, it is usual for the cap to increase in line with RPI to reflect the increase in the cost to the landlord of providing services throughout the term. If a change in RPI to CPIH results in lower increases than originally anticipated, landlords will need to consider whether any heads of expenditure should be excluded from the cap to ensure that the cap does not result in a shortfall. One obvious example – which landlords should be bearing in mind anyway – are utility costs which can fluctuate significantly. 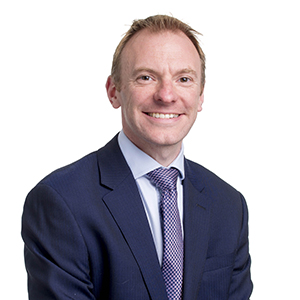