The push for electric vehicles 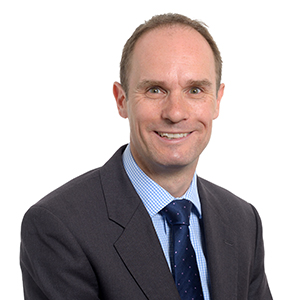 The effect we are having on the environment has never before been so at the fore of our political discussion. A majority of voters place the environment as one of their greatest concerns alongside Brexit. In a study for ClientEarth over half of people questioned (54%) stated that climate policy would affect the way they voted.

According to the Office for National Statistics in 2018, carbon emissions from transport accounted for 33% of all carbon emission. The large majority of this was from road transport. A major focus for all parties is moving to more ultra-low emission vehicles. But how do they plan on achieving this?

The Conservative are pledging to achieve Net Zero Emissions by 2050. They are also committed to ending the sale of conventional petrol and diesel cars and vans by 2040. Following the advice of the Committee on Climate Change, which said that 2035 should be the date to aim for, the government has not ruled out reconsidering the 2040 date and bringing this forward.

As part of this pledge and their Road to Zero strategy published in July last year, the Conservatives have proposed changing the building regulations to push for a greater roll out of electric chargepoints in residential and non-residential buildings. The consultation ran until October 2019 and would see all new residential and non-residential buildings with parking be fitted with electric chargepoints. Their aim is to encourage the uptake of electric vehicles by providing the infrastructure to support such a drastic change.

On the campaign trail at an electric taxi factory in Coventry on Wednesday 13.11.19, Boris Johnson's speech contained the pledge that the network would be so extensive that no one would ever be further than 30 miles from an electric charging point. He also promised an extra £500 million to expand the network of fast charging points.

The Conservative's consultation issued over the summer on charge points in residential and non-residential buildings. This estimated that the additional cost to install electric charging per parking space will be £976 "for an average [new] home" compared to circa £2,040 per space for a retrofitted chargepoint. This will be an additional consideration for the construction industry to include in the planning stage. This consultation is closed and the outcome will not now be known until after the election.

The Labour Party committed to accelerate the uptake of electric vehicles at its conference and acknowledged the important role fleets play. Rebecca Long-Bailey's conference speech set out some of the details.

The Shadow Business Secretary said that Labour would secure the automotive sector's future as part of Labour's Green Industrial Revolution. This would include pledge to invest £3.6 billion into expanding electric vehicle charging networks (72,000 charging banks in towns and along motorways).

Labour would make £3 billion of equity finance available to the automotive sector to invest in electrification of their plants and exempt new investment in plant and machinery from business rates. In collaboration with private investors, Labour would also invest to build three battery production facilities – "Gigafactories", in Stoke, Croydon and South Wales. It would also invest £500 million into four metal reprocessing plants and a further £50 million will be invested into drop-off points and battery collection sites.

Labour would invest £300 million to support the creation of 'community car clubs'. It would look to promote the sales of electric vehicles through 2.5 million interest free loans, which they claim could save buyers up to £5,000. Labour would also create a fossil fuel vehicle scrappage scheme for vehicles over 10 years old, saving buyers an estimated £2,000.

Labour are also seeking to promote the complete electrification of business' car fleets by 2025. They would do this by removing the £320 Vehicle Excise Duty surcharge on electric vehicles purchased for fleet use above £40,000 for two years. They would also push for electric charging points at all workplaces by 2025.

Labour are also committed to making the entire government car fleet electric by 2025 which is considerably higher than the Conservative pledge of 25% by 2022 set out in the Road to Zero strategy.

In a 2019 policy document 'Tackling the Climate Emergency' the Liberal Democrats set out their main policies concerning electric vehicles. They aim to encourage the take-up of electric vehicles by ending the sale of new diesel and petrol cars and small vans, including hybrids, by 2030, banning their use on public roads by 2045.

This is an ambitious target and would see the 35.6 million internal combustion engine vehicles in 2019 be phased out over a 25 year period. They would look to support such a radical change in personal transportation by increasing spending on creating a network of charging points and empowering local authorities to install street charging points in lamp-posts and install rapid-charging points in suitable locations such as service stations, public car parks and supermarkets.

The Liberal Democrats are also seeking to replace the Government's entire fleet with ultra-low emissions vehicles and would seek to do this by 2022.

Existing protected tenants under the 1954 Act and the Telecoms Code

A cautionary tale on transferring IP assets at an undervalue