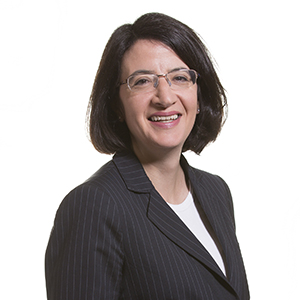 Since media reports emerged in 2015 regarding concerns about various fundraising practices in the charities sector, the Information Commissioner's Office (ICO) has been carrying out investigations into compliance by charities with data protection law. These investigations resulted in monetary penalty notices being issued by the ICO to the RSCPA for £25,000 and the British Heart Foundation for £18,000 in December 2016, both for failing to handle donor's personal data in accordance with data protection law. More recently, the ICO has fined 11 more charities with fines of up to £18,000 for similar breaches of data protection law.

To help inform charities about the requirements of data protection law and the regulators' expectations, the ICO, the Fundraising Regulator and the Charity Commission held a joint conference on 21 February (the Conference) to discuss key data protection issues relating to fundraising practices, such as implementing a consent based direct marketing model for fundraising purposes and being transparent with donors about how their personal data is used.

Consent and the GDPR

Consent forms a major part of all fundraising practices and will remain a key issue in light of the General Data Protection Regulation 2016/689 (GDPR) which comes into force across Europe, including the UK, on 25 May 2018, and will replace the EU Data Protection Directive (95/46/EC) (Data Protection Directive) and the Data Protection Act 1998 (DPA). The GDPR has stricter consent and transparency requirements than under the current data protection regime. The GDPR also introduces severe sanctions for non-compliance, including fines of up to 4% of annual worldwide turnover or up to €20 million (whichever is the greater), compared to the current sanctions that could be imposed by the ICO of up to £500,000 for serious breaches of the DPA.

To assist charities to understand the issues discussed at the conference and reflected in the Fundraising Guidance, we have set out below a summary of the current law on consent and transparency and the changes which will be introduced under the GDPR.

Summary of current law on consent and transparency

Summary of law on consent and transparency under the GDPR

The Fundraising Regulator in its Fundraising Guidance sets out a number of recommendations to ensure a charity's fundraising direct marketing activities comply with data protection law now and under the GDPR.

What were the key insights from the Conference?

There are a number of insights from the Fundraising Regulator and the Information Commissioner which were drawn out in the Conference:

What charities should be doing now

Many organisations including those in the charity sector are taking steps now to ensure compliance with the GDPR, including looking at consent requirements in relation to fundraising. This includes a number of charities who have undertaken a consent review and whose compliance journeys have been included in case studies published by the Fundraising Regulator alongside their new Guidance.

Charities will need to review their activities where consent is relied upon and carry out a gap analysis against the Fundraising Guidance and the draft ICO consent guidance, and implement (if required) the necessary remediation to ensure compliance with the GDPR standard of consent for when it comes into force.

For any further assistance, please contact our specialist lawyers from our Chambers and Partners ranked data protection and charities teams

Colin v Cuthbert - PR as a tool in legal battles

Construction and the Scottish Elections