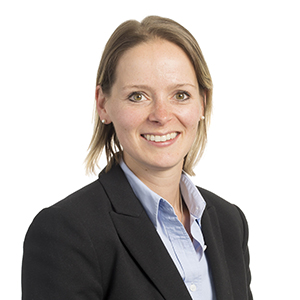 In our June 2019 article, we discussed the Court of Appeal decision of Euro Pools plc v Royal and Sun Alliance Insurance Plc [2019] EWCA Civ 808, and the guidance it provides in relation to notifying circumstances in professional indemnity insurance policies that "may" give rise to claims.

In summary, the Court of Appeal confirmed a number of key principles that apply when considering the notification of circumstances which may give rise to potential claims. These include the following:

Euro Pools had purported to make two separate notifications of circumstances to RSA over two policy years (2007 and 2008) in relation to remedial works to correct failures relating to the lifting of temporary walls (booms) in various swimming pools. The cumulative total of these works was c.£6.5m. Each insurance policy had a £5m limit of indemnity and had the same policy terms. The remedial works were regarded as mitigation costs under the policies to avoid third party claims arising.

As the first policy limit had been exhausted, Euro Pools needed to rely on the £5m indemnity available in the second policy. It therefore sought to limit the scope of the notification made in the first policy and establish that the second policy responded to a percentage of the remedial works. Conversely, RSA argued that the original notification relating to the failure of the booms was sufficiently wide to encompass all of the remedial works carried out in 2007 and 2008.

Why is this decision important for insurance brokers?

In the normal course of their claims operations, insurance brokers are expected to consider and notify claims and circumstances correctly on behalf of their clients. It is generally the case that policyholders have an interest in ensuring that circumstances are notified as soon as possible in line with the policy terms and conditions to ensure that the policyholder can avail itself of cover in the event of a later claim. It might therefore be thought that the wider the notification, the better – and Euro Pools has confirmed that wide, so-called "hornet's nest" and "blanket" notifications are acceptable. However, on the facts of Euro Pools, the Court of Appeal's decision meant that the policyholder only had access to one 'pot' of insurance following its first (found to be wide) notification, which ultimately worked against the policyholder.

It is not immediately clear to us what the broker (or the policyholder for that matter) could have done differently to try to secure the additional cover. According to the judgment, Euro Pools was initially not sure what was causing the boom failures although it was clear that something was wrong. The remedial costs also appeared limited at that time. As such, it seems sensible and correct that they notified what they could at the time. In any event, in any given case causation may be in dispute (as regards liability) and it would not make sense for the insurance cover to stand or fall when the policyholder does not necessarily have a means of confirming causation at the time of the notification. And the Euro Pools decision confirms that the cause of a problem is not linked to the need to notify an awareness of the problem. In other words, it is the problem that is being notified, not the reasons for/cause of it.

Insurance brokers should be live to this issue and pay particular heed to policy wordings when making notifications – eg is a notification required at all (the difference between when circumstances may give rise to a claim and are likely to give rise to a claim) and is it in the policyholder's interests to make a wide notification? Access to different policy limits over different policy years, and the operation of aggregation clauses (see below), are also likely to play a part in these considerations.

The ability to carefully craft the scope of a notification is becoming an increasingly important skill for the modern day claims broker as is the ability to gaze into the crystal ball[1].

Aggregation is the concept where a number of claims are considered to be one claim for the purposes of the limit of indemnity and/or the applicable excess.

In the case of AIG Europe Limited v Woodman [2017] UKSC 18 the Supreme Court overturned the Court of Appeal’s finding that on the true construction of the SRA minimum terms and conditions “a series of related matters or transactions”[2] required there to be an “intrinsic” relationship between the claims. Instead, the Supreme Court ultimately found that the term "related" simply meant that there must be some inter-connection between the matters or transactions.

Why is this decision important for insurance brokers?

Insurance brokers should be live to the issues arising from Woodman. It is of course imperative that an insurance broker knows the client and the client's business in order to advise on, and negotiate with underwriters about, limits of indemnity and excesses for certain categories of claim that a client is likely to come up against. By way of illustration, brokers arranging PI cover for financial advisors embroiled in the recent PPI scandal would no doubt want to ensure that appropriate aggregation and excess wordings/limits are in place so that their policyholders are not financially responsible for a very large number of very small claims made against them.

Brokers should also of course consider notifying excess layer insurers when necessary and have a clear understanding of how the aggregation clause in the relevant policies will operate.

Regulation of funeral plans: are you ready for change?