Softness in a hard market 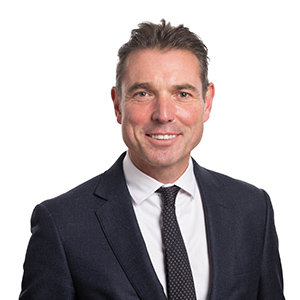 Following the Lloyds' performance review in the second half of 2018 and the culling of capacity, the professional indemnity insurance market is hardening in 2019. However, the recent Court of Appeal decision in Euro Pools Plc v Royal and Sun Alliance Insurance Plc [2019] EWCA Civ 808 and its 'soft' interpretation of what amounts to a notifiable circumstance could provide policyholders with some consolation that if appropriate insurance terms can be secured, the policy may capture a broad range of uncertain risks if notified at any early stage. Brokers and Insurers have been warned…

Euro Pools PLC was a company that specialised in the installation of swimming pools with a system of moveable vertical 'booms', which allowed the pool to be divided into different swimming zones.

RSA provided professional indemnity insurance cover to Euro Pools over two policy periods; 30 June 2006 -29 June 2007 and 30 June 2007 – 29 June 2008. The limit of indemnity on each policy was £5m. Each Policy was written on a claims made basis and provided cover for the costs of remedial works intended to mitigate the risks of claims by third parties. Each policy contained an identical condition precedent requiring written notice from the Insured "as soon as possible of a circumstance which might reasonably give rise to a claim".

In February 2007, Euro Pools had been informed about problems at two sites with the moveable booms which used an air drive system whereby air was pumped into and removed from tanks to raise or lower the booms. On 23 February 2007 (during the First Policy), Euro Pools notified RSA of problems with the vertical movement of the booms believed to be due to air leaking out and water entering leaks from the tanks, preventing the booms from rising properly ("the First Notification").

At that time Euro Pools considered that the installation of inflatable bags might present a potential solution. During the renewal of the policy, Euro Pools stated that the tanks were being fixed with inflatable bags and that the remedial costs would fall within the applicable policy excess, but "wish[ed] to ensure that matter [was] logged on a precautionary basis should there be any future problems".

On 2 May 2008 (during the Second Policy), Euro Pools informed RSA that it had encountered problems with the inflatable bag solution and that it was looking to an alternative solution of installing hydraulic lifts ("the Second Notification"). RSA confirmed cover for the remedial works for the installation of the hydraulic lift system and that they fell within the scope of the First Notification.

The Judge at first instance held in favour of Euro Pools that the claim for remedial works in connection with the hydraulic system attached to the Second Policy. The scope of the First Notification was limited to the issues with the steel tanks and the First Notification could not extend to the installation of the hydraulic system because Euro Pools was not aware at the time of the notification of a problem with the air drive system.

The Court of Appeal decision

The Court of Appeal disagreed with the Judge at first instance. Dame Elizabeth Gloster DBW gave the leading judgment and set out the following key principles, with reference to the leading authorities, concerning the issue as to whether there has been a notification of circumstances for the purpose of insurance policies:

The Court of Appeal decision is unlikely to come as a surprise to the Market. Whilst it is based on the facts and does not represent new law, it confirms that where the notification provision has the "undemanding test" of notifying circumstances that may give rise to a claim, it permits policyholders to notify "a can of worms/hornet's nest" type of problem where the scale and consequences of the problem giving rise to subsequent claims are unknown at the time.

It is understandable that Insurers will wish to obtain full details of circumstances when they are first notified and it is not helpful when such detail is not immediately forthcoming. However, that is a challenge for Insurers and does not diminish a policyholder's entitlement to notify a wide ranging circumstance where the future implications of the notification are uncertain. It remains to be seen if Insurers decide to amend their wordings, where possible, to include the more demanding test requiring their insureds to give notice of circumstances that are "likely" to give rise to a claim.

An indictment of a consumerist society? Pressure mounts on manufacturers, retailers and online marketplaces