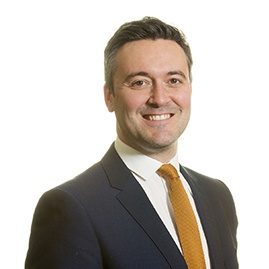 With many schemes struggling to deal with large and volatile deficits, the issue of the inflationary measure used for increasing pensions in payment and revaluing deferred benefits in final salary occupational pension schemes has slowly moved back up the de-risking agenda for many sponsoring employers.

Prior to 1 January 2011, the statutory minimum requirements for increasing pensions in payment and revaluing deferred benefits were based on changes in the Retail Prices Index (RPI) subject to a cap. Since that date, the Government has set the minimum requirements by reference to changes in the Consumer Prices Index (CPI) instead of RPI. As CPI is generally lower than RPI, significant reductions can be made in a scheme's liabilities by switching the inflationary measure.

In practice, for pensions in payment, there tends to be a greater degree of variation across scheme rules. Broadly scheme rules fall into one of three categories, namely the pension increase provision:

Many sponsoring employers and trustees took advice on the ability to switch between the relevant inflationary measures when the change from RPI to CPI was announced in 2010. Typically, the legal advice given around that time would have taken a conservative view of the ability to operate a discretion to switch to CPI (as set out in the final bullet point above).

Since then there has been a line of prominent cases which has evolved legal thinking in this area. As such, we are finding that sponsoring employers and trustees are revisiting this issue in light of the subsequent case law and assessing whether it is now possible, and correct, to move to CPI for increasing pensions in payment.

A brief history of the most relevant CPI/RPI cases

In Danks v Qinetiq Holdings deferred benefits and pensions in payment were to be increased in line with the "Index", which the scheme rules defined as:

"The Index of Retail Prices published by the Office of National Statistics or any other suitable cost of living index selected by the Trustees."

The High Court decided that this permitted CPI to be adopted without the need for a rule amendment and that doing so for benefits already accrued would not infringe Section 67 of the Pensions Act 1995 (which limits the ability to make detrimental modifications to accrued rights). This was on the basis that members had no accrued right to the use of RPI. Rather they only had an accrued right to have their pension increased in payment by such index as the trustees had adopted at the time the increase was due to be calculated.

A similar decision was reached in Arcadia Group Ltd v Arcadia Group Pension Trust Ltd, where the rules permitted the use of RPI or any similar index satisfactory for the purposes of HMRC. The High Court agreed that this meant that the company and the trustee could adopt CPI in place of RPI.

However, sponsoring employers have not always been so successful. In Buckinghamshire v Barnardo's the Court of Appeal held that CPI could not be used under the scheme's existing rules without an amendment being made.

Broadly, the scheme rules referred to RPI "or any replacement adopted by the Trustees". The court concluded that this would only permit the adoption of CPI where RPI is no longer an officially published index. However, the Court of Appeal did go on to ratify the earlier decisions of the High Court in that, if there had been a power to adopt CPI in place of RPI, this would not have infringed Section 67 of the Pensions Act 1995. We understand that the case is currently being appealed to the Supreme Court.

Also of interest is Thales UK Ltd v Thales Pension Trustees Ltd where the rules of the career average revalued earnings (CARE) section of the scheme permitted the company and the trustee to adopt the "nearest alternative index" to RPI, if RPI was "materially changed". The final salary section of the scheme rules also permitted the substitution of RPI, if RPI had been "otherwise altered".

The High Court looked back over the history of RPI and agreed that, over the years, it had materially changed and been otherwise altered, particularly by the incorporation of a new house price index.

However, due to the wording of the scheme rules in question, the court found that this did not mean the trustee had a free reign to adopt CPI. Instead it found that, in relation to the CARE section of the scheme, the current altered form of RPI still remained the "nearest alternative index". For the final salary section of the scheme, the court held that the trustee did have a power to make a one-off determination in the year after the alteration was made to RPI, but it did not have a power to review the basis on which pensions were increased every year in the future.

A key message which comes out of the case law is that the precise drafting of scheme rules will determine whether a scheme must continue to use RPI for increasing pensions in payment or whether there is a genuine discretion to move to CPI. Where scheme rules do provide a genuine discretion to switch to CPI, sponsoring employers may be keen to implement such a change as part of their overall de-risking strategy.

If there is a discretion to move to CPI, sponsoring employers and trustees will need to grapple with the question of whether such a discretion should be operated in practice. For trustees this will involve considering all relevant factors in their decision-making process (including analysis of any historic scheme provisions and any variations across different benefit categories, alongside consideration of member communications on pension increases more generally). Any change in the inflationary measure used for increasing pensions in payment will require consultation with affected active and prospective members of the scheme.

The DWP issued a green paper which invited comments on a number of options for helping sponsoring employers shoulder the burden of scheme deficits. Among these is the possibility of introducing a statutory modification power which would allow schemes to switch to CPI in place of RPI (irrespective of the terms of the scheme rules).

The green paper was issued for comment in February 2017 and a white paper is expected imminently. This will contain definitive proposals from the Government in light of the feedback it has received. For those schemes with hardcoded RPI wording, at the moment it is a case of "watch this space". For those schemes with a potential discretion to switch to CPI, now may be the time to revisit this issue.