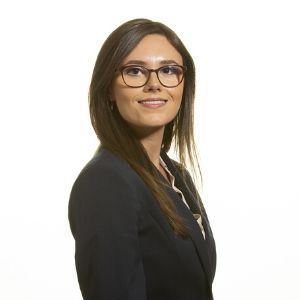 On 21 September 2021, the Court of Appeal handed down its much anticipated judgment in Thaler v Comptroller General of Patents Trade Marks and Designs [2021] EWCA Civ 1374 on whether an AI machine can qualify as an "inventor" for the purposes of the Patents Act 1977 (the Patents Act).

Dr Thaler has pursued his case across a number of jurisdictions; that his AI machine, "DABUS", can create patentable technology. He has been seeking to patent two inventions generated by the machine: a plastic food container based on fractal geometry and a flashing light (or “neural flame”) device to attract attention. The Court of Appeal found that only a person can qualify as an inventor. Consequently, as Dr Thaler accepts that the DABUS machine made the inventions in question, the Court of Appeal found that he is not entitled to apply for patents.

This case demonstrates the challenges that applicants will inevitably face when applying for a patent in respect of an AI generated invention and highlights that the current patent framework is not designed to accommodate such inventions.

Dr Thaler submitted the two patent applications to the UK Intellectual Property Office (UKIPO) designating the DABUS machine as the inventor. In his application forms, Dr Thaler indicated that he had the right to be granted patents due to his "ownership of the creativity machine 'DABUS'". In response, a UKIPO hearing officer confirmed that s.13(2) of the Patents Act required him to identify a "person" as the inventor and to set out how he had derived his right to be granted the patent from that "person". The UKIPO considered that Dr Thaler had not satisfied the s.13(2) requirements and consequently deemed his applications to be withdrawn.

While Dr Thaler has been successful in Australia and South Africa, the European Patent Office and a district court in the US have taken similar positions to the UK High Court and have rejected Dr Thaler's arguments.

As both Lord Justice Arnold and Lord Justice Birss have commented, much of Dr Thaler's argument related to what the law ought to be, rather than what the law is presently. It is clear that legislative change will be needed if we continue to see an appetite to grant patents in favour of AI machines in future.

Interestingly, academics involved in the Artificial Inventor Project have highlighted that there is little desire to enable AI machines to own a patent. In their opinion, the focus should instead be on amending the currently inadequate aspects of the patent framework, including the fact that refusing to recognise AI machines as inventors may enable people to take credit for work they have not done, thereby devaluing human inventorship by "put[ting] the work of someone who merely asks an AI to solve a problem on an equal footing with someone who is legitimately inventing something new." Other issues identified are that the current framework may inadvertently work to disincentivise the development of inventive AI and transparency within the patent application process.

While it is not yet clear what, if any, changes may be made to the inventorship criteria, it is certainly encouraging that the Government has responded to a recent consultation on the topic as follows:

The Government has said that it will build on the respondents' suggestions and consult later this year on possible policy options, including legislative change, and the outcome of that consultation is eagerly awaited.

Should you wish to discuss any of the issues raised in this case, Womble Bond Dickinson has significant experience of helping our clients protect, maximise and monetise their technology and intellectual property assets, as well as advising clients on resolving patent disputes in UK, US and EU courts and patent offices.