Winding-up petitions in the COVID-19 era: where are we now? 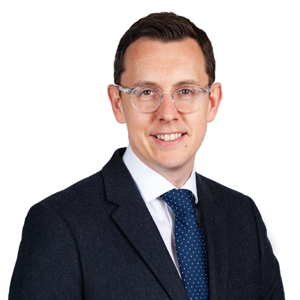 The decision of Mr Justice Morgan in A Company (Injunction To Restrain Presentation of Petition) [2020] EWHC 1406 (Ch) (judgment anonymised) which was handed down on 2 June 2020 will be of interest to tenants and landlords alike in the current climate. The judgment, which follows the decision in Travelodge Ltd v Prime Aesthetics Ltd [2020] EWHC 1217 (Ch) will be of huge precedent value to commercial tenants that have been impacted by coronavirus and have been unable to meet their rent obligations as a result. The decision also sets an interesting precedent in another respect, namely the ability of a debtor to seek an injunction on the presentation of a winding up petition, not on the usual basis of a disputed debt but on the basis of measures to be implemented under pending legislation, in this case the Corporate Insolvency and Governance Bill.

Readers will be aware of the extensive press coverage on the impact of coronavirus on the retail sector, with reports suggesting that only 48% of tenants paid their rent on time and in full on the March quarter date (it will be interesting to see how that statistic changes for the impending June quarter). This situation has created tension between tenants, seeking to mitigate the impact of coronavirus and ensure their survival by delaying the payment of rent, and landlords, many suffering from their own financial woes, considering all available means to procure the payment of rent.

The Government announced a number of initiatives at the start of lockdown to protect the interests of commercial tenants struggling to pay rent. These included restrictions on the forfeiture of commercial leases for non-payment of rent under the Coronavirus Act 2020 and changes to the Commercial Rent Arrears Recovery (CRAR) regime (to be implemented under secondary legislation) to limit a landlord's right of recovery only to circumstances where rent remains unpaid for 90 days or more. Whilst these measures are undoubtedly positive and have been welcomed by commercial tenants, they have resulted in the unintended consequence of landlords using statutory demands and winding up petitions more aggressively in order to collect rent arrears.

In a further attempt to encourage landlords and commercial tenants to collaborate and find creative solutions to deal with rent arrears, and in no small part as a result of lobbying from real estate interest groups, additional amendments were introduced to the proposed Corporate Insolvency and Governance Bill (the "Bill") imposing temporary restrictions on the issue of statutory demands and the presentation of winding up petitions. Our detailed commentary on the Bill can be found here.

The temporary restrictions applicable to statutory demands and winding up petitions can be summarised as follows:

Again, these temporary provisions have received a positive response from commercial tenants in need of breathing space, in particular where restructurings are contemplated. The Bill is of course not yet law which, as a consequence, gives rise to the following questions:

The answer to these questions has come in the cases referred in this article. Both the Travelodge and A Company cases concerned threatened winding up petitions by landlords where there was clear evidence of the financial effect of coronavirus on the respective businesses, and injunctive relief was sought on the basis that the petitions in each case would have been caught by the Bill and restricted accordingly, had it been made law already.

The usual basis for seeking an injunction on the presentation of a winding up petition is for the debtor to evidence that the debt is genuinely disputed on substantial grounds. 'Substantial' in this context means 'real' as opposed to 'frivolous' which is a relatively low threshold. In essence, there must be sufficient evidence to persuade the Court that, objectively, there is a genuine dispute. The injunctive relief sought in A Company and Travelodge was unprecedented in that it does not appear to have been sought on the usual basis.

"I do not see that the court is powerless to act to prevent its procedures being used otherwise than for the purpose of obtaining a winding up order (because it is improbable that such an order will be made) but for the purpose of, or at any rate with the effect of, causing serious damage to the company. I also consider that the grant of an injunction to restrain the presentation of the petition is powerfully supported by the clear policy objectives of the CIG Bill."

In injunction proceedings, if an injunction is granted the applicant will ordinarily provide a cross-undertaking in damages to the respondent. Interestingly, this is an area where the judgments in A Company and Travelodge differ.

In the Travelodge case, Mr Justice Birss granted an injunction but did not require the applicant to give a cross-undertaking in damages on the grounds that it was unlikely that the injunction would cause loss to the respondent for which the applicant would not already be liable.

On the contrary, Mr Justice Morgan, in A Company, opted to grant the injunction on the basis that the company provide the usual cross-undertaking in damages. In his decision, Mr Justice Morgan explained that he was persuaded that the correct approach was to follow Lord Justice Lewison's comments in JSC Mezhdunarodniy Promyshlenniy Bank and another v Pugachev [2016] 1 WLR 16, namely, that:

"The purpose of a cross-undertaking in favour of a defendant is to cover the possibility of loss in the event that the grant of an injunction proves to have been inappropriate. To refuse to require a cross-undertaking because it appears, however strongly, unlikely ever to be capable of being invoked misses the point…."

The decisions in A Company and Travelodge are of particular significance in the current climate given their precedent value, even if that value is likely to be time-limited until the Bill's implementation. The intention of course being that the Bill will give the Court a statutory footing to restrict offending petitions from being formally presented meaning that injunctions of this type will not be necessary once the Bill is in force.

The Bill also clarifies that the provisions restricting statutory demands and winding up petitions relate to all creditors and not just landlords. It will be interesting to see whether this basis for seeking an injunction could also be relied on in an appropriate case where the petition is threatened by a trade creditor such as a supplier. The decision in Shorts Gardens LLB v London Borough of Camden Council [2020] EWHC 1001 (Ch), a case involving the non-payment of national non-domestic rates and unpaid costs orders would appear to suggest not. In that case Mr Justice Snowden considered that it seemed 'overwhelmingly likely that the proposed legislation will be limited to companies in certain identified sectors of economic activity, and to relate to statutory demands and petitions based upon claims by landlords for arrears of rent.' It should be noted, however, that this case preceded the first draft of the Bill and was also a case where it was clear that the non-payment of debts was not due to coronavirus.

Whilst it is perhaps difficult to see how a court will weigh up the competing commercial interests of a debtor and its trade creditor, both of whom may well have been impacted by coronavirus, the possibility of injunctive relief for non-landlord petitions would appear to be a point which remains opens to be tested.

The restrictions on winding up petitions and statutory demands are currently proposed to expire on 30 June 2020 or, if later, one month after the Bill passing into legislation (noting that the Secretary of State has the power to extend this further by up to 6 months). Commercial tenants will also be acutely aware that other protections afforded to them during the pandemic are also, unless further extended, set to expire this month, with the 90 day restriction period for CRAR due to expire just prior to the June quarter day on 24 June 2020 (for those creditors who didn't pay rent on the March quarter date) and the forfeiture moratorium also currently due to expire on 30 June 2020. There is accordingly a risk of exposure for tenants that are in arrears beyond the end of June 2020.

Companies should therefore look beyond the temporary legislative provisions and focus on what strategy is to be taken when lockdown ends, with a particular focus on whether the tools available under the UK insolvency regime, including under the new Bill (once implemented) can be used to ensure survival post-pandemic.

Please get in touch if you would like to discuss the impact of the Bill on your business.