Third Parties (Rights Against Insurers) Act 2010 - are you ready? Part 2 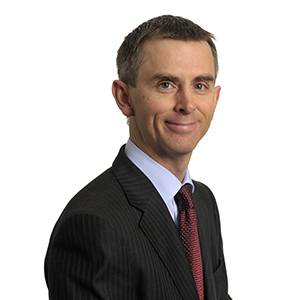 The pros and cons every claims professional needs to know

In summary: The pros and cons for insurers

The 1930 Act allows a claimant to stand in the defendant insured's position in relation to a claim on its liability insurance. The right of a defendant to an indemnity from its insurer is transferred to a claimant when a defendant becomes insolvent which prevents the insurance money from becoming an asset in the insolvent estate and being used to increase the amount paid to other creditors.

However, prior to bringing proceedings against the insurer in relation to those rights, the claimant has to “establish” the claim against the insolvent defendant, which it must do by obtaining a judgment, arbitration award or settlement of the claim in its favour.

The main flaw in the 1930 Act for a claimant is that it generally does not know whether a prospective defendant has any liability insurance, and if it does, whether it will respond to the claim. So it does not know whether it is worth pursuing the defendant until it has already gone through the process of establishing the claim against the defendant which may involve restoring a defunct defendant to the company register in order to be able to sue it. If the defendant is insolvent and turns out to have no liability insurance, or none that will meet the claim, the claimant is left with no way of recovering its damages or costs.

The way the 1930 Act works can also be expensive and cumbersome for insurers. For example, insurers are aware of a potential claim against them as soon as they know that their insured is being sued, but it can take a long time for that liability to be established, which means they may have to carry reserves for a long time. Alternatively, insurers may have to spend money on legal advice considering tactics such as whether they should try to intervene in the insured's dispute.

The following two case studies identify some of the issues that insurers currently have to address when faced with a situation under the 1930 Act.

Womble Bond Dickinson was appointed by Insurers to conduct the defence of a claim made against a firm of surveyors (the Insured) by an institutional mortgage lender (the Claimant). The Claimant made 12 mortgage loans totalling around £27 million, to a number of individuals in the same family, secured over properties in a buy-to-let portfolio. The Insured provided mortgage valuations in respect of 5 of these 12 transactions.

When the borrowers defaulted and the properties were repossessed, the Claimant became aware that there would be a serious shortfall on the borrowers’ accounts, and brought claims against the firm of solicitors who acted in all 12 transactions (the Solicitors), and the Insured. It appeared highly likely that the borrowers were fraudulent, that the Solicitors and surveyors were complicit in this fraud, and that one of the Claimant's private banking partners who initiated and helped to authorise the loans, was also involved.

Insurers did not become aware of this claim until a judgment in default was obtained against the Insured, by which time it had ceased trading and was in liquidation. Proceedings were however still continuing against the Solicitors. So we had the judgment in default set aside and took up conduct of the defence of the claim to protect the Insured’s position. Insurers instructed a separate firm of solicitors to advise on coverage issues, and our instruction was made on a strict reservation of rights pending the outcome of the separate coverage investigation.

Whilst the Solicitors' Insurer did not dispute the liability of the Solicitors, it wished to be joined to that action to ensure that potential defences or issues relating to quantum were raised on behalf of the Solicitors, and also issued a counterclaim, seeking declarations to the effect that it was not required to indemnify the Solicitors, and that in the event that it was required to provide such an indemnity, this would be regarded a single claim “arising from similar acts or omissions in a series of related matters or transactions” and therefore subject to an indemnity limit of £2 million, rather than twelve separate claims subject to an indemnity limit of £12 million.

In so doing, the Solicitors' Insurer had the benefit of potentially disposing of the claim without the additional cost and expense of a separate and further claim under the 1930 Act, and would also be able to ensure that relevant defences to the Claimant’s claim against the Solicitors were not simply by-passed by way of procedural default. However, despite this advantage, the Solicitors' Insurer would not be able to avail itself of any of the defences or arguments open to the Solicitors, most notably in relation to contributory negligence, and if the Court disagreed with its analysis of coverage points it would potentially be required to indemnify the Solicitors for the full quantum claimed. Contributory negligence was a significant factor in this claim, and advice from counsel suggested that it was potentially as high as 70-80%.

By contrast, whilst continuing to act for the Insured under a reservation of rights, we did not inform the Claimant of the insurance position (a declinature was likely) at any stage prior to a mediation. While Insurers had strong arguments in favour of declining the policy, there were certain perceived weaknesses, at least until further investigations had been carried out. As such, the approach taken by the Solicitors' Insurer was unlikely to be appropriate given the scrutiny that would be put on any decision to decline cover. Instead, we/Insurers chose to continue to run a robust defence of the claim against the Insured (insofar as this was possible given that almost no documents were recovered from the Insured on which to base our conduct of the claim), relying on the contributory negligence points (which became apparent from the Claimant’s disclosure) that were not open to the Solicitors' Insurer, and indicating to the Claimant that cover was likely to be declined. With no formal requirement to inform the Claimant of the nature of policy concerns, it was left with a difficult decision as to whether to challenge the repudiation without sufficient knowledge of the basis on which it was made and lose a good chance to settle at mediation, or alternatively to accept a deal which factored in Insurers’ repudiation arguments. As such, it was possible to agree a commercial settlement at mediation which reflected this significant risk to the Claimant.

We acted for the liability insurer of a broker who was being sued for negligence for allegedly failing to disclose to motor insurers the nature of modifications to a vehicle on the placing of motor insurance. The insured was involved in a road accident as a result of which his passenger sustained extremely serious injuries. The passenger was claiming against the insured, whose motor insurers were trying to avoid the policy for non-disclosure, but who also threatened to bring proceedings against the broker who was by now in liquidation.

The liquidator would then have to decline to admit the proof of debt, and the motor insurers would have to appeal to the Court under the Insolvency Rules to have it admitted. The appeal would most likely be allowed, but the tactic was to put the motor insurers to additional expense and difficulty (by having to go through an appeal process) to try to persuade it that pursuit of a claim against our client under the 1930 Act was not worthwhile.

A change in tactics?

Using our knowledge about the 2010 Act which we covered in our first article in this series (click here to read it again) we now look back at our two case studies and analyse whether different tactics might be necessary once the 2010 Act comes into force.

You can access a copy of the 2010 Act itself by clicking here.

By contrast, the 2010 Act could take away the tactical advantage our own client had as Insurers of the surveyors, which was to remain quiet on any question of fraud in order to rely on contributory negligence arguments in order to obtain a commercial settlement. The 2010 Act would require Insurers to provide details of the cover, including whether they were repudiating cover, within 28 days of the Claimant serving a notice for information and disclosure on them. Even though Schedule 1 of the 2010 Act does not specifically require the insurer to say why it claims not to be liable under the policy, the disclosure may have alerted the Claimant to the option of alleging fraud by the Insured, meaning that contributory negligence arguments would no longer be sustainable. This might have encouraged the Claimant to bring proceedings against Insurers under Section 2(2)(b) of the 2010 Act and during those proceedings they may well have obtained further disclosure about coverage investigations. This would certainly have weakened our ability to obtain a good settlement for Insurers.

Under the 2010 Act the motor insurers would not need to try to prove that admission of a proof of debt into a liquidation “establishes” liability because they will no longer need to establish an insured’s liability in order to make a claim on an insured’s liability insurers. The motor insurers would be able to sue our client directly and seek a declaration from the Court (under Section 2 (2)(a)) that liability against the insured has been established. So the motor insurers save time and money and our client is denied the tactic of making things more difficult for them; however, if the motor insurers do bring proceedings against the broker’s E&O insurer, a huge positive is that the E&O insurer can now defend liability allegations without risk of waiving its repudiation of the policy.

Is your settlement agreement unenforceable?

How can pension schemes align with ESG goals?

Another defeat for tenants in the COVID rent battle

Mapping the path to net zero