The third arm of US sanctions? 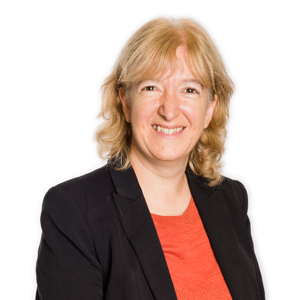 The fear of US sanctions and its extraterritorial reach has long been appreciated by non-US lenders and borrowers. A recent case in the High Court has taken their impact to new levels.

The court has held that a UK borrower was entitled to withhold payments under a loan from an entity that was a US Blocked Entity for fear of possible consequences from US secondary sanctions that would significantly affect its business. Emma Radmore looks at this important judgment.

Lamesa Investments Limited, a Cypriot company wholly owned by a BVI entity lent £30m to Cynergy Bank Limited, a UK retail bank. Cynergy has no links with the US except for a USD correspondent account with a US bank for its dollar-denominated business. It also has a number of FX swap contracts denominated in dollars and has long term service contracts with a number of US-based companies.

Cynergy was due to make interest payments twice a year. At the time of the hearing, it had "ring-fenced" but not paid interest of £3.6m. It did not make the payments, on the basis that the BVI entity’s owner (VV) had been placed on the OFAC SDN list, and as a result Lamesa became a “blocked person”. Cynergy claimed that by making the repayments it would leave itself open to US secondary sanctions, which could be “ruinous” given the scale of its dollar-denominated business, and that there was a risk the payment of interest was a “significant financial transaction” and the possibility of a waiver being obtained was minimal.

Lamesa said the finance agreement required Cynergy to show there was a legal provision that prohibited it from making the payment, and that the reason for refusal was not because there was a mandatory prohibition on payment but rather that there was a chance the secondary sanctions might bite.

It was common ground both that the parties were aware at the time of entering into the transaction that the sanctions might be imposed and also that there was no question of primary sanctions offences applying.

The facility agreement included a definition of "regulation" as any regulation, rule, official directive, request or guideline (whether or not having the force of law) of any governmental, intergovernmental, or supranational body, agency, department or of any regulatory, self-regulatory, or other authority or organisation…"

It also provided that, in the event of non-payment by Cynergy, it would not be considered to be in default if, in the 14 days following a written notice from Lamesa to make good on the payment, it could be satisfied that the sums were not paid "in order to comply with any mandatory provision of law, regulation or any order of any court of competent jurisdiction".

The judge summarised the common ground that all US persons anywhere in the world, anyone dealing with property subject to US jurisdiction and anyone operating in the US would be banned from dealing with VV as an SDN or Lamesa as a Blocked Person. The laws imposing the ban are "primary sanctions". But, of course, there are then secondary sanctions – which the US Government can impose on non-US persons not dealing with property subject to US jurisdiction and not operating in the US. For the purposes of this case, it was section 5(b) of the Ukraine Freedom Support Act 2014 that was relevant. This would allow the imposition of a sanction on a foreign financial institution which…. "knowingly facilitated a significant financial transaction on behalf of… any person included on the list of specially designated nationals and blocked persons…". The sanction in question would be a ban on opening and strict conditions on maintaining, a correspondent or payable through account in the US. So the US Government could impose this sanction on Cynergy if it determined the interest payment was a "significant financial transaction".

Cynergy's description of the prospect of any such sanction as "obviously ruinous" was based on the amount of its business that is denominated in USD and the consequential FX swap contracts it had entered into and the long term contracts it has with US entities that it might be prevented from dealing with if sanctioned.

The starting point in English law is that it will not excuse contractual performance by reference to foreign law unless that law is the law of the contract or of the place of performance – neither of which were the case here. So, the question to be answered is whether the non-payment clause in the Facility Agreement reversed the law that would otherwise apply.

The judge ran through the applicable legal principles:

The Court held there was nothing in the behaviour of the parties to suggest the relevant clause would be interpreted solely to cover payments that were mandatorily prohibited, given they never would be. Cynergy said the risk of secondary sanctions was real. Lamesa said the clause required Cynergy to show there is a legal provision that expressly prohibited it from making the payment.

The parties knew there was both a possibility of sanctions and that Cynergy was aware of the possible impact of secondary sanctions. The other possible permutations for interpretation were that a party was entitled to act or refrain from acting in a way that would attract penalties, or in a way that could attract penalties. Cynergy was relying on the last interpretation. Given it was known the risk was one of secondary sanctions, it was improbable that the parties had intended the clause merely to protect it against being subject to primary sanctions.  The question, the court said, focused on what the words "in order to comply" would mean. It could be (i) only in relation to an express prohibition, (ii) where a party acted, or did not act, in a manner that would otherwise attract a penalty or (iii) whenever a party acts or does not act in a manner that would otherwise attract the possible imposition of a sanction or penalty by operation of statute. The Court held is was most unlikely the parties would have intended to exclude this last possibility, given the well-known attitude of the US authorities.

Lamesa’s contention that this interpretation created enormous uncertainty and that to interpret the clause so broadly flew in the face of the UK’s policy of not giving extraterritorial effect to US policy was rejected. The judge said this was a contractual clause, and the parties were looking to manage their own positions.

This case illustrates both that the devil is really in the detail of forward commercial thinking and drafting, as well as showing that the judge fully appreciated the potential consequences for Cynergy. In retrospect, it seems unwise for Lamesa to have granted the facility at all, but the case will give pause for thought for all UK borrowers who depend on the US financial system for any part of their business who enter into facilities with entities that may be at any risk of imposition of US sanctions.

This article was written for Financial Regulation International.