The second wave of EU Trade mark reform: what you need to know 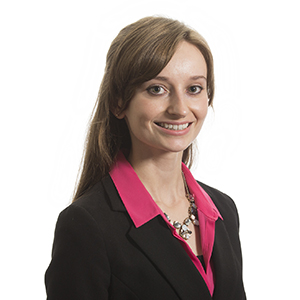 On 1 October 2017, the latest in a series of changes were introduced that affect the European Union trade mark regime and includes the introduction of a new type of EU trade mark and a change to the way that rights holders (and their representatives) can communicate with the European Union Intellectual Property Office (EUIPO).

Regulation (EU) 2015/2424 initially came into force on 23 March 2017, introducing some significant changes to the EU trade mark system. Some changes were implemented immediately (or closely followed in March 2017) and the latest raft of changes were implemented on 1 October 2017 when a codified version of the EU Trade Mark Regulation, along with secondary legislation comprising a Delegated Regulation and an Implementing Regulation, came into force.

We encourage all rights holders to review their existing portfolios and procedures to ensure that they are taking full advantage of the protection available and that they will be compliant with the new rules, some of which are set out below, following these changes.

The recent reforms attempt to make the application process easier through abolishing the requirement that an EU trade mark must consist of a sign that was capable of being represented "graphically". The reforms modify this requirement, as of 1 October 2017, so that an EU trade mark is capable of registration (subject to the remaining normal criteria) providing it can be represented in compliance with the below:

"The trade mark shall be represented in any appropriate form using generally available technology, as long as it can be reproduced on the register in a clear, precise, self-contained, easily accessible, intelligible, durable and objective manner so as to enable the competent authorities and the public to determine with clarity and precision the subject-matter of the protection afforded to its proprietor".

This change to the representation requirement for an EU trade mark should make applications for non-traditional trade marks easier, as parties now have various options for filing formats. The change also makes way for other categories of "non-traditional" marks which have been introduced, such as multimedia and holograms. In addition to images, applicants can, for example, upload short sound or film clips for the purposes of filing the representation.

However, as with all trade marks, applicants will still have to demonstrate that the non-traditional mark is capable of fulfilling the function of a trade mark (i.e. that it is a badge of origin). This is where many applicants for non-traditional trade marks have fallen down in the past, including the well-publicised KIT KAT three-dimensional shape mark case, which saw Nestlé's application to register the shape of its four finger biscuit bar fail. Whilst historically applicants have found this a difficult hurdle to overcome, other "non-traditional" marks have been successfully registered, including notably Lego registered its figurine and Kraft successfully registered the shape of its Toblerone packaging.

The new reforms may also increase the scope for more unorthodox trade marks in the future, for example smell and tactile trade marks could be registrable as and when technology becomes "generally available" that allows them to be reproduced on the register.

Although these latest reforms open the door slightly wider for would-be applicants of non-traditional marks, specialist advice is recommended to help navigate the other (often more significant) roadblocks to registration.

The new changes have also introduced a new type of right, being a certification mark which will sit alongside individual trade marks and collective trade marks.

The cost of filing an EU certification mark by electronic means (online) is €1,500 and applications have been available since 1 October 2017. The standards and regulations filed at the EUIPO that suppliers will have to comply with regarding the use of a certification mark include:

The introduction of this new type of trade mark at an EU level (certification marks already exist in the UK) creates opportunities for suppliers to obtain an edge over their competitors by offering "certified" goods and services, particularly those who supply goods and/or services across the EU. Accordingly, suppliers should keep a look out for new certification marks that may be applicable to them.

The legislation also makes a number of procedural changes to how rights holders interact with the EUIPO with a view to reducing costs and bringing the EUIPO in line with current methods of communication.

These legislative reforms look to build on the success of the EU trade mark regime by making it more efficient and consistent, whilst ensuring that it can continue to be so in the internet era. The reforms look to streamline proceedings, increase legal certainty and clearly define the role of the EUIPO. The relaxation in the requirements for trade mark applications, in particular for non-traditional marks and the creation of new types of right create opportunities and therefore all suppliers should review their existing portfolios to analyse whether they could benefit.