In MWB Business Exchange Centres Ltd v Rock Advertising Ltd (2016) the Court of Appeal ruled that a clause in a contract purporting to preclude any variation of the original agreement other than in writing and in accordance with that clause’s terms does not prohibit the parties from varying the contract’s terms orally.

The facts of the case are relatively straightforward. MWB managed office space in central London. For a number of years Rock occupied as licensee premises managed by MWB. In August 2011 Rock expanded its business and entered into a written agreement with MWB to occupy larger premises at an increased fee for a term of 12 months.

Rock’s business did not expand as expected. Rock subsequently became unable to meet its financial commitments to MWB and by February 2012 had incurred arrears of licence fees and other charges of over £12,000. Consequently, MWB exercised its right under the licence agreement to lock Rock out of the premises and shortly afterwards gave notice purporting to terminate the agreement with effect from 4 May 2012.

MWB claimed the arrears of licence fees and other charges and damages to compensate it for the other losses it claimed it had suffered. Rock disputed the claim and counterclaimed for loss and damage resulting from what it asserted to be its wrongful exclusion from the premises.

This licence sets out all of the terms as agreed between MWB and the licensee. No other representations or terms shall apply or form part of this licence. All variations to this licence must be agreed, set out in writing and signed on behalf of both parties before they take effect.

Rock claimed that on 27 February 2012 an oral agreement was made between MWB (acting by its credit controller) and Rock (acting by its managing director) to re-schedule the licence fee payments due over the relevant period such that Rock would initially pay less than the amount originally agreed but would then pay an increased amount so that, at the end of the year, the arrears would have been cleared. On that same day Rock paid £3,500 to MWB, being what Rock claimed to be the first instalment due in accordance with the revised payment schedule. In the alternative, Rock argued that, by reason of MWB accepting its £3,500 payment, MWB was estopped from disavowing the oral variation.

MWB argued that Rock’s proposed oral variation of the original agreement had never been agreed and that, in any event, the variation was not enforceable due to a lack of consideration.

The County Court judge found that by paying £3,500 and agreeing to comply with the revised payment schedule Rock had provided sufficient consideration for the oral variation. The judge also found that MWB was not estopped from enforcing its rights under the original agreement by virtue of it accepting the £3,500 payment, as it was merely a sum which Rock was already obliged to pay. Rock’s estoppel argument therefore failed.

However, although the oral variation had been agreed by MWB, it was not effective due to clause 7.6 in the original contract that precluded any variation of the agreement other than in writing.

MWB was therefore entitled to judgment. Rock appealed to the Court of Appeal on two grounds:

The Court of Appeal found, in favour of Rock, that the anti-oral variation clause did not preclude the parties from amending the original agreement.  Having considered conflicting case law on the issue, Kitchin LJ referred to the Court of Appeal’s decision in Globe Motors Inc and ors. v TRW Lucas Varity Electric Steering Ltd and anor [2016] which found that under the principle of freedom of contract, whilst parties are free to include terms regulating the manner in which a contract can be varied they can also discharge or vary those obligations. Whilst it was acknowledged that anti-variation clauses would promote certainty between contracting parties, party autonomy was the most powerful consideration.

Kitchin LJ said that this explanation seems to echo the words of Cardozo J nearly 100 years ago in the New York Court of Appeals in Alfred C Beatty v Guggenheim Exploration Company and others (1919). In his judgment Cardozo J said:

“Those who make a contract, may unmake it. The clause which forbids a change, may be changed like any other. The prohibition of oral waiver, may itself be waived… What is excluded by one act, is restored by another. You may put it out by the door, it is back through the window. Whenever two men contract, no limitation self-imposed can destroy their power to contract again…”

The Court of Appeal concluded that despite the longstanding principle that part payment of a debt (the £3,500 being part payment of the arrears in licence fee payments) is not valid consideration there was sufficient consideration provided by Rock to MBW. First, MWB would recover some of the arrears immediately and would have some hope of recovering them all in due course. But secondly and importantly, Rock would remain a licensee and continue to occupy the property with the result that it would not be left empty for some time at further loss to MWB. MWB derived a practical benefit which went beyond receiving prompt payment of a part of the arrears and a promise that the balance of the arrears and any deferred licence fees would be paid over the course of the following months. The oral variation agreement was therefore binding upon MWB and it would remain binding for so long as Rock continued to make payments in accordance with the revised payment schedule.

Having established the parties’ freedom to vary the contract and that the payment of the £3,500 by Rock was sufficient consideration to support the oral variation agreement, it was unnecessary for the Court to consider (had the oral variation not been enforceable) whether MWB would have been estopped from enforcing its rights under the licence agreement.

Nevertheless, because the Court had heard full arguments on the point, the Court expressed its view on the estoppel argument. A 1979 formulation of the principle of promissory estoppel presupposes three things:

Whether the representee has altered his position to his detriment is plainly material in deciding whether it would be inequitable for the representor to act inconsistently with his representation. The authorities, said Kitchin LJ, are best understood as illustrations of the broad principle that if one party to a contract makes a promise to the other that his legal rights under the contract will not be enforced or will be suspended and the other party in some way relies on that promise, whether by altering his position or in any other way, then the party who might otherwise have enforced those rights will not be permitted to do so where it would be inequitable to do so. All will depend upon the circumstances. It follows that it cannot be said that in every case where a creditor agrees to accept payment of a debt by instalments and the debtor acts upon that agreement by paying one of the instalments and the creditor then accepts that instalment, it will necessarily be inequitable for the creditor later to go back upon the agreement and insist on payment of the balance. All will depend upon the circumstances.

MWB did not agree to accept a lesser sum in satisfaction of the debt, rather it agreed to the revised schedule of payments. There was no detriment to Rock as this (the £3,500) was a sum that in any event it was bound to pay. In the circumstances, MWB was not precluded by promissory estopped from taking the action it did.

The Court of Appeal’s decision is confirmation to contracting parties that, although certainty under an agreement is a legitimate and desirable interest of contracting parties, clauses purporting to restrict or determine how a contract can be varied can themselves be varied. The decision should encourage parties to consider the wider commercial context of an agreement when establishing whether consideration is provided to either party by way of a practical benefit. 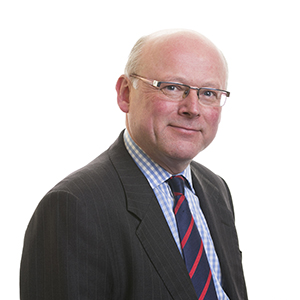