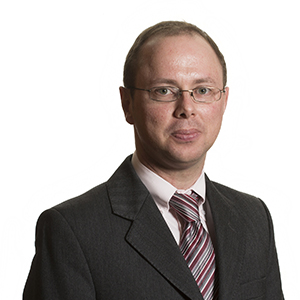 The Money Laundering, Terrorist Financing and Transfer of Funds (Information on the Payer) Regulations 2017 (MLR) came into force on 26 June 2017 and impose new obligations on trustees to maintain and provide information about trusts and their beneficiaries. They have generated much discussion, particularly in relation to their general lack of clarity and their application to occupational pension schemes.

Background to the MLR

The MLR give effect to the EU's Fourth Money Laundering Directive (MLD4), which came into force on 25 June 2015. EU member states had until 26 June 2017 to transpose MLD4 into domestic law and, owing to the disruption caused by the general election at the beginning of June, the MLR were finalised only four days before they were due to come into force.

MLD4 replaces the Third Money Laundering Directive of 2005, which was implemented in the UK by the Money Laundering Regulations 2007, and seeks to bring EU anti-money laundering legislation up to date with international standards. Given that the MLR now form part of UK law they will be unaffected by Brexit unless the Government takes any further action to amend them.

Part 5 of the MLR, which contains the key obligations for trustees, applies to 'relevant trusts'. These are defined broadly and include UK express trusts. A UK express trust is one where all trustees are resident in the UK or where at least one trustee is resident in the UK and the settlor was resident and domiciled in the UK at the time when the trust was set up (or when the settlor added funds to the trust). In that context, the 'settlor' of the trust may potentially include sponsoring employers (both original and current) and participating employers. This is an area of the MLR which is as yet unclear.

The MLR require trustees to maintain accurate and up-to-date written records containing specific information about all beneficial owners and potential beneficiaries of the underlying trust. As well as all members and other potential beneficiaries of the scheme, such as spouses and dependants, this will include any settlor, the trustees themselves and any other party exercising effective control over the trust.

For individuals, the information required will include their full name and date of birth, NI number or unique taxpayer reference (UTR), together with passport details if the person is resident overseas. For companies, trustees will need to hold details of their name, UTR, registered office, registration number, legal form and governing law. Where there is a class of beneficiaries, not all of whom have been determined (such as death benefit beneficiaries), a description of that class will suffice. The MLR also require trustees to hold details of the trust's legal, financial and tax advisers.

Trustees are likely to hold much of this information already, however, they should consider reviewing their record-keeping processes to ensure that all the information required by the MLR is being maintained accurately and updated on an ongoing basis.

Provision of information to HMRC

This obligation has the potential to be particularly onerous for pension scheme trustees.

HMRC is required to maintain a register of beneficial owners and potential beneficiaries of 'taxable' relevant trusts (that is, trusts liable to pay any of the following UK taxes on assets or income: income tax, capital gains tax, inheritance tax, stamp duty land tax (SDLT), land and buildings transaction tax or stamp duty reserve tax). A pension scheme which invests directly in property or shares is likely to be subject to SDLT, land and buildings transaction tax and/or stamp duty reserve tax.

In such cases, trustees must provide to HMRC the information it is required to record about beneficial owners and potential beneficiaries above, as well as information about the trust itself including its full name, date of establishment, country of residence for tax purposes, full names of legal, financial and tax advisers and a statement of accounts describing the trust's assets and the value of each asset category.

It is not yet clear whether this obligation requires trustees to provide HMRC with detailed information about, for example, every individual member and known potential beneficiary; interpretations of the MLR vary between pensions advisers. It may be that pension scheme trustees are only required to provide a description of each class of beneficiary, however, further guidance and clarification is being sought from HMRC on this point.

Provision of information to third parties

Trustees must also provide information about beneficial owners of the trust when requested by a 'relevant person' upon entering a 'relevant transaction' or business relationship. Beneficiaries can be described by their class for these purposes rather than individually.

'Relevant person' includes financial institutions, accountants, tax advisers and lawyers and a 'relevant transaction' is one which requires the relevant person to carry out customer due diligence under the MLR.

If any of the information provided changes during the course of the business relationship, the trustees must update the relevant person within 14 days of becoming aware of the change.

Trustees are also required to provide information about all beneficial owners and any other potential beneficiaries to law enforcement agencies upon request (such as the police, the Financial Conduct Authority, the National Crime Agency, the Serious Fraud Office and HMRC Commissioners).

The precise scope and applicability of the MLR to occupational pension scheme trustees is not completely clear, with the obligation to disclose a significant amount of information to HMRC before 31 January 2018 being particularly onerous in a pensions context. Many pensions advisers have raised concerns with HMRC, seeking further guidance, particularly in light of the possible civil and criminal sanctions for non-compliance.

However, until such guidance is forthcoming, pension trustees should consider investigating their trusts' tax position with their investment managers for the purposes of the HMRC disclosure obligations. They should also consider reviewing their record-keeping processes to ensure they are MLR-compliant, in particular, that their records are accurate and up-to-date.