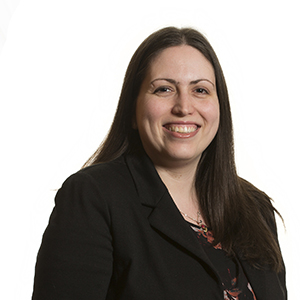 "This decision will be of interest to all regulated businesses as they face the combined pressures of increased regulation, increased oversight by regulators and increased scrutiny of corporate behaviour".

Pressure from the Regulator

Following its largest ever criminal investigation, the Environment Agency successfully prosecuted Southern Water for pollution offences and multiple breaches of environmental law. The Environmental Agency's investigation found 'very serious widespread criminality' by the company. The Category 1 offences were found to be caused by deliberate failings.

The investigations by Ofwat and the Environment Agency show the scale of regulatory oversight of companies' performance, corporate governance and compliance. A trend that is likely to continue.

Pressure from the courts

"Each of the 51 offences seen in isolation shows a shocking and wholesale disregard for the environment, for the precious and delicate ecosystems along the North Kent and Solent coastlines, for human health, and for the fisheries and other legitimate businesses that depend on the vitality of the coastal waters.

“Each offence does not stand in isolation. It is necessary to sentence the company for the totality of the offences to which it has pleaded guilty. But even that does not reflect the defendant’s criminality. That is because the offences are aggravated by its previous persistent pollution of the environment over very many years.”

"In 2017, Thames Water received what at the time was record breaking fine of over £20 million for polluting the River Thames and surrounding areas with millions of tonnes of raw sewage. The unprecedented fine in this case of over four times this amount demonstrates the Environment Agency's appetite to pursue these cases and the UK courts' willingness to impose increasingly significant fines for non-compliance with environmental law, particularly for repeat offenders. Fines of this level and the risk of criminal sanctions should put environmental and regulatory compliance at the top of every board's agenda".

Pressure from investors and customers

The £90million fine will impact on company profits with shareholders bearing the cost of the fine. Davina Watson, practice development lawyer, says:

"This prosecution highlights the scrutiny placed on companies environmental performance and the increasing importance of Environmental Social Governance (ESG) to UK regulators, investors and customers".

If you would like to know more about this case or WBD's regulatory or environmental litigation practice please get in touch.