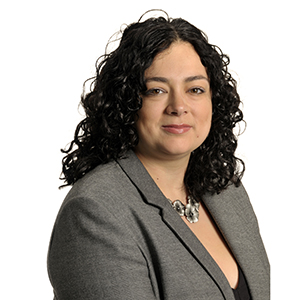 The Government has announced that the National Security and Investment Act (NSI Act) will come into force fully on 4 January 2022. The changes introduced on this date will represent a significant expansion to investment regulation in the UK. For more on the new regime, please see our previous updates. We also summarise the draft statutory instrument, consultation and guidance issued last month below.

The Government has published the draft notifiable acquisition statutory instrument (SI) which sets out the proposed descriptions of the 17 key sectors which will be subject to the mandatory notification requirements from 4 January 2022. These are in broadly the same form as the draft published in March 2021, but the definitions have been further refined following additional targeted consultation with stakeholders.

The press release states that the draft SI has been published to update businesses and investors about the mandatory notification requirements ahead of commencement of the NSI Act next year. The contents of the draft SI remain subject to change and the SI has been published for information purposes only. The Government expects to lay the final SI before Parliament later this year.

A consultation has been launched on the use of the call-in power under the NSI Act which will also come into force on 4 January 2022. The consultation closes at 11.45pm on 30 August 2021. The aim of the statement is to help parties to an acquisition understand whether their acquisition is likely to be called in by the Secretary of State for review and to plan accordingly. The consultation seeks views from businesses, investors and the legal community. Responses will be used to refine the statement before it is laid before Parliament later this year.

The draft statement notes that each qualifying acquisition will be assessed on a case-by-case basis, taking account of all relevant considerations and with regard to certain risk factors set out in the statement. These include the target risk, the acquirer risk and the control risk.

Acquisitions of control over qualifying assets are also in scope of the call-in power. This is principally so that acquisitions may be called in if an asset is acquired instead of an entity that owns it, or in the event that an asset, such as land, is located near a sensitive site, which may give rise to a national security risk.

Retrospective use of the call-in power

As mentioned in our previous updates, the call-in power is exercisable for in-scope transactions which took place on or after 12 November 2020. The statement confirms that when deciding whether to call in a qualifying acquisition that has already taken place, the same assessment of risk factors will be applied. Interestingly, according to the draft statement:

A suite of new guidance has also been published to assist businesses, investors and their advisers:

We will continue to update as developments occur on this important change.