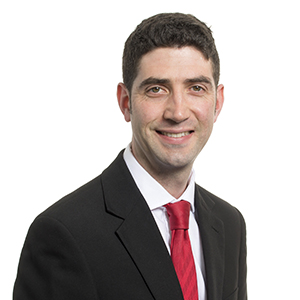 Lawyers have a reputation worldwide of failing to give a straight answer. This is not borne from a desire to sit on the fence (comfortable though it is), but because there are often competing arguments around interpretation and it is difficult to give a view on the most likely outcome without a nod to those arguments. Recent cases have explored alternative methods of interpretation, but this will probably not result in more straight answers from lawyers. Indeed, in the case of registered real estate contracts, there might yet be further considerations around how they should be interpreted.

The job of the Court in interpreting a contractual provision is to ascertain the objective meaning of the language used – i.e. what would the provision mean to the reasonable person having all the background knowledge which would reasonably have been available to the parties in the situation in which they were at the time of the contract?

The two methods that the Court has to date used to interpret a contractual document are to look only at what the document actually says (the textual approach) or to consider the wider circumstances surrounding the agreement (the contextual approach).

The Supreme Court (and in its former guise the House of Lords) has considered this a number of times over the past twenty years or so. Earlier decisions within this period (e.g. Investors Compensation Scheme Ltd v West Bromwich Building Society and Rainy Sky SA v Kookmin Bank) indicated that a contextual approach was appropriate, but the more recent decision in Arnold v Britton, was seen by many as a departure from the contextual approach in favour of a more conservative, textual approach.

The position has now been clarified by the Supreme Court in Wood v Capita Insurance Services Ltd. The lead judgment, given by Lord Hodge, states that there is no conflict between the two approaches – instead, the decision in Arnold v Britton had been misinterpreted as it was intended to clarify that the Court has both tools at its disposal, to use as appropriate in the circumstances.

"Textualism and contextualism are not conflicting paradigms in a battle for exclusive occupation of the field of contractual interpretation. Rather, the lawyer and the judge, when interpreting any contract can use them as tools to ascertain the objective meaning of the language which the parties have chosen to express their agreement. The extent to which each tool will assist the court in its task will vary according to the circumstances of the particular agreement or agreements."

Great, we have both tools – but when should we use each one?

The Court will first look at the contract in question. The guidance given by Lord Hodge suggests that, depending on the nature, formality and quality of drafting of the contract, the Court will give more or less weight to elements of the wider context in reaching a view as to the objective meaning.

The following factors therefore point towards each approach:

Unfortunately this approach is not going to help clients get a straight yes or no answer, but it does leave scope for a sensible solution to be found for interpreting unfortunately-worded contracts.

How does this affect real estate contracts?

Lord Hodge's judgment does not mean that on a legal level, real estate contracts fall to be interpreted any differently to other contracts. On a practical level, however, there may be additional considerations when interpreting contracts relating to real estate.

Following the Court of Appeal decision in Cherry Tree Investments v Landmain, the extent to which other documents may form part of the contextual matrix could depend on whether or not the contract in question is registered with the Land Registry.

If the contract is registered with the Land Registry, it becomes a public document, upon which third parties might be expected to rely. The reasonable reader's background knowledge then includes the knowledge that:

What can you take from this?

How can technology help unlock the potential of Freeports?

The view from across the river - WBD Claims: let's talk about claims

Registering and managing a trust – do the new rules apply to you?

Can your executors charge fees for administering your estate?