The Government is consulting on new proposals to provide increased flexibility for senior clinicians in the NHS Pension Scheme (NHSPS) who are exceeding their annual pensions tax limits.

The consultation follows the Government's acknowledgement that high-earning clinicians are managing their pensions tax liability by reducing their workload, turning down extra responsibilities and/or retiring early, which is affecting NHS service capacity and patient care.

What flexibility is on offer?

The Government recognises that continued membership of the NHSPS entitles the clinician to other benefits, such as death benefits and ill health benefits. These need to continue to be funded but to allow a "zero accrual option" whereby clinicians cease to accrue pension benefits but still receive the ancillary benefits would alter the purpose of the NHSPS, something the Government is unable, or unwilling, to do.

To deal with the issue of clinicians having variable income, they will have the option of "fine tuning" their chosen accrual rate by being able to increase it once they have a better understanding of their earnings for that year. It is important to note however that any increase to the level of accrual will then apply for the full scheme year, meaning that the clinician and the employer would need to pay additional contributions before the end of the scheme year to cover any additional payments required to meet the new accrual rate.

The Government recognises that unexpected one-off salary payments and large pay increases can result in large pensions tax charges for that year. It is therefore consulting on an option to allow clinicians to determine how much of the payment should be pensionable initially with the ability to increase the amount that is treated as pensionable over time, effectively "phasing in" a greater amount of pensionable pay over a number of years to avoid spikes in pension growth. This is a separate flexibility to adjusting the accrual rate and clinicians could choose to adopt either or both options to manage their pensions growth.

Other ways the Government intends to help

"Scheme pays" is a mechanism by which members can pay an annual allowance tax charge by choosing to have the amount (plus interest) deducted from the value of their pension. This means that they do not need to use their own income or savings to pay the pensions tax bill.

Currently this works by keeping a record of the amount of the tax charge plus interest up to retirement, and then converting this amount into a pension amount at the point of retirement. This is then deducted from the clinician's pension. The issue with this approach is that clinicians will not know the amount of the reduction until they retire.

The Government is therefore proposing to switch to a "debit" method which instead deducts the tax charge amount from the clinician's pension in the year in which the charge arises, rather than at retirement. This would help clinicians to assess their actual level of pension savings rather than having a large tax charge hanging over them until retirement.

Connected to the change to scheme pays, the Government intends to make more information available to clinicians through commissioning a modeller that can be tailored to personal circumstances. The modeller, along with annual member benefit statements providing details of scheme pays deductions, will mean that clinicians can more easily access the information that they need to identify how their choices will affect the level of their pension growth.

The consultation closes on 1 November 2019.

If you are an employer participating in the NHSPS and would like to discuss the potential implications of the proposed changes for you and your staff, please get in touch with your usual Pensions team contact.

This article has also been published on LexisLibrary and LexisPSL. Please find the updated version here 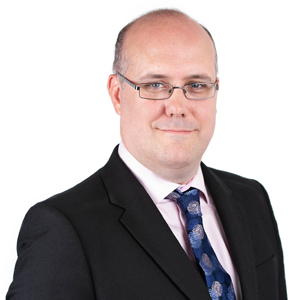