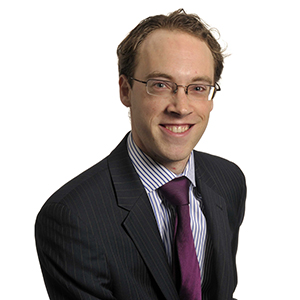 Shared parental leave was launched in 2015 but the uptake has been relatively low.  A common question that employers asked prior to its introduction was what approach they should take to shared parental pay. In particular, employers wanted to understand whether a male employee might succeed in a sex discrimination claim if he only received statutory shared parental pay in circumstances where a female employee taking maternity leave would receive enhanced maternity pay. The Government's view was that this would not be sex discrimination.

Most employment lawyers considered that the appropriate comparison should be with a female employee on shared parental leave and that, provided she would also only receive statutory pay, then this should not be discriminatory.  Some employers decided to only pay statutory pay whereas others decided to be more generous and enhance shared parental pay to encourage its uptake.

We now have a clear steer on the discrimination question from the Employment Appeal Tribunal (EAT) in Capita Customer Management Ltd v Ali and another UKEAT/0161/17.

Mr Ali complained that as a male employee he was entitled to only two weeks' paid paternity leave following the birth of his child in April 2016, whereas a female employee would be entitled to 14 weeks' enhanced pay when taking maternity leave. Mr Ali alleged that he was deterred from taking shared parental leave; if he had been a female employee taking maternity leave he would have received 14 weeks' enhanced pay but his employer had told him that if he took shared parental leave for the 12 weeks after his ordinary paternity leave had come to an end, he would only receive statutory pay and not full pay for that leave. Mr Ali argued that as a man caring for his baby, he should be entitled to the same pay as a woman performing that role and claimed that the employer's practice in not providing for this amounted to sex discrimination.

The ET concluded that the employer's approach did amount to direct sex discrimination.  It agreed that Mr Ali could compare his treatment with that of a hypothetical female comparator taking maternity leave to care for her child after the two week compulsory maternity leave period, even though he had not given birth (and his circumstances were therefore arguably different).

Mr Ali also successfully persuaded the ET that such a hypothetical female comparator would receive more favourable treatment and that he was deterred from taking the leave in comparison. Accordingly, he had been treated less favourably because of his sex. The ET therefore concluded that the mother was being paid more than the father would be entitled to for "performing the same role" and the reason for the difference in treatment was sex. Capita appealed the decision to the EAT.