Following the decision in 2014 that "non-guaranteed" overtime should be included when calculating a worker's statutory holiday pay, the case of Fulton and another v Bear Scotland Ltd (No 2) UKEATS/0010/16 returned to the Employment Appeal Tribunal (EAT) where the meaning of "a series of deductions" was revisited. The EAT has confirmed that a three month gap between deductions breaks a series of deductions for the purpose of unlawful deduction from wages claims. This has the effect of limiting the period in which claimants can make retrospective claims and reducing the amount of back payments.

This is the most recent decision in the on-going holiday pay claim saga. Regular readers will have noticed that the cases of Fulton v Bear Scotland Ltd and Lock v British Gas Trading Ltd feature in a number of our employment briefings.

David Fulton and Douglas Baxter originally brought unlawful deductions from wages claims against Bear Scotland Ltd in 2012 and 2013. They claimed that overtime payments and other supplemental payments had been excluded from the calculation of their holiday pay, and that this was contrary to the Working Time Directive and, therefore, the Working Time Regulations.

An employment tribunal (ET) found that Bear Scotland had made unauthorised deductions since all of the additional payments received should have been taken into account when calculating holiday pay. Bear Scotland appealed. The EAT dismissed the appeal, handing down its decision in November 2014.

In his judgment Mr Justice Langstaff said that, whenever there is a three month break between deductions, it would be sufficient to break the series of deductions, stating that "… a period of any more than three months is generally to be regarded as too long a time to wait before making a claim".

Following the appeal, the case was remitted back to Glasgow ET, which made findings as to which of the claims was in time.

At the remitted hearing, the ET applied Mr Justice Langstaff's decision and found that the majority of the claimants' claims were out of time, as the amounts claimed did not, for the most part, amount to an unbroken series of deductions, the underpayments having been interspersed with periods of at least three months during which no deductions occurred, because no holiday was taken. In relation to Mr Fulton and Mr Baxter, the ET found that all claims before 2013 were out of time. The claimants appealed to the EAT arguing that Mr Justice Langstaff's conclusion in Bear Scotland (No 1) that a three-month gap between deductions breaks any series of unlawful deductions was intended to create a strong presumption that a three-month gap breaks the series but that this was not a hard and fast rule in every case. It was not, therefore, binding on a tribunal. Other points of appeal were also raised.

The decision that the "three month rule" is binding on tribunals is good news for employers.

Since the original EAT decision, the Government intervened to bring in a two year long-stop on unlawful deductions from wages claims. This decision means that it will be difficult for many employees to claim back as far as two years as the majority of employees will have a period of three months or more where they do not take holiday and, therefore, do not receive any holiday pay. The potential liability of many employers in holiday pay claims is likely to be significantly reduced.

According to the President of the Employment Tribunal (Scotland), there are around 17,000 holiday claims pending in the Scottish ET system alone, many of which had been stayed pending the final outcome of the Bear Scotland case. These cases will now be able to proceed (assuming there is no further appeal). 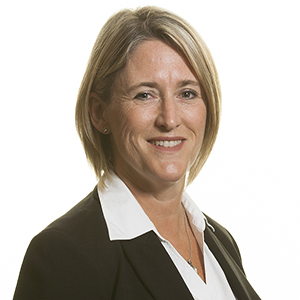