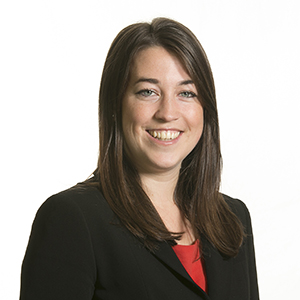 There are five constituent councils: Darlington, Hartlepool, Middlesbrough, Redcar and Cleveland, and Stockton-on-Tees (the CCs).

The Mayor is Ben Houchen, a conservative candidate, who was elected on 4 May 2017.

The Second 2017 Order confers the functions under Section 8 of the Housing Act 1985 (periodical review of housing needs) to the TVCA, these are exercisable concurrently with the CCs.

Article 7 of the 2016 Order relates to economic development and regeneration functions and delegates the functions of the CCs under: Section 1 of the Localism Act 2011 that are exercisable for the purpose of economic development and regeneration; the power under Section 144 of the Local Government Act 1972 (the power to encourage visitors and provide conference and other facilities); the duties under Sections 15ZA, 15ZB, 15ZC, 17 and 18A(1)(b) of the Education Act 1996; the power under Sections 514A and 560A of that Act (duties and powers related to the provision of education and training or persons over compulsory school age); and the duty under Section 69 of the Local Democracy, Economic Development and Construction Act 2009 (duty to prepare an assessment of economic conditions).

Chapter 2 of Part 8 of the Localism Act 2011 applies to the TVCA as it applies to the Mayor of London and to a Corporation as it does to a mayoral development corporation.

The Second 2017 Order gives the TVCA the power to pay grant in accordance with Section 21 of the Local Government Act 2003.

Each CC must appointment a member and substitute member to be a member of the Combined Authority. If a member ceases to be a member of a CC or resigns, a replacement must be appointed and the TVCA must be given at least one week's and no more than one month's notice in writing.

There are certain decisions which must be unanimous which are: the adoption of an investment plan, setting a transport levy under s74 Local Government and Finance Act 1988, and any plans and strategies determined by the TVCA and set out in its standing orders).

The local enterprise partnership (LEP) is also required to elect a member which must be appointed by the Combined Authority, however this is a non-voting role.

Powers of the Mayor

Only the Mayor may exercise the powers relating to: mayoral development areas and mayoral development corporations; the power to pay grant; sections 108 (local transport plans), 109 (further provisions about plans: England) and 112 (plans and strategies: supplementary) of the Transport Act 2000. However members and officers of the TVCA may assist the Mayor in the exercise of these functions.