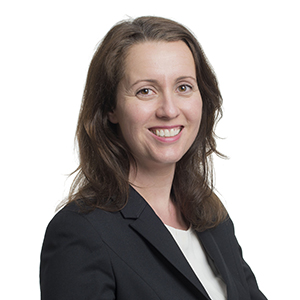 In the case of Ali v Capita Customer Management Ltd (ET/1800990/16), an employment tribunal had to decide whether a failure to pay a father enhanced shared parental pay was sex discrimination.

Mr Ali brought various claims against his employer, Capita Customer Management Ltd (Capita), one of which was direct sex discrimination.

When Mr Ali's daughter was born in 2016, he took two weeks' paid paternity leave. He informed Capita that his wife had been diagnosed with post-natal depression and had been medically advised to return to work to assist her recovery. Mr Ali was informed by Capita that he could take shared parental leave but he would only be entitled to statutory pay.

Mr Ali discussed this with his female colleagues who, together with Mr Ali, had transferred under TUPE from Telefonica in 2013. He was informed that they were entitled to the Telefonica enhanced maternity pay scheme, which had transferred to Capita. This was 14 weeks' basic pay followed by 25 weeks' statutory maternity pay. As a male employee who had transferred, Mr Ali's entitlement was two weeks' paternity leave on full pay and up to 26 weeks' additional paternity leave which "may or may not be paid".

Mr Ali raised a grievance that Capita only paid statutory pay for shared parental leave and gave enhanced pay to a mother when she was on maternity leave. He stated that this was discrimination because he did not receive the same treatment as a female employee. When his grievance was not upheld, he pursued claims in the employment tribunal (ET).

Mr Ali claimed that, as parents could choose which one of them took leave to care for the child, it was direct sex discrimination to then choose to pay the mother more than the father in respect of that leave. He also complained that he was deterred from taking the leave because he would not receive basic pay for the remaining 12 weeks in the same way as the mother would.

The ET agreed that Mr Ali could compare himself with a female employee who had transferred from Telefonica and who would have the benefit of full pay for the full 14 weeks. The denial of full pay amounted to less favourable treatment and the reason for this was Mr Ali's sex.

The ET also found that men are being encouraged to play a greater role in caring for their babies and that the role of primary carer is a matter of choice for the parents. It held that the choice should be free of generalised assumptions that the mother is best placed to undertake the role. In these circumstances, the ET found that Mr Ali was best placed to perform the role given his wife's post-natal depression.

There is also a conflicting decision in the case of Hextall v Chief Constable of Leicestershire Police, where the ET held that a police force's policy of giving a period of full pay to mothers on maternity leave, but paying only statutory shared parental pay to partners, was not discriminatory.

We understand that both cases (Ali and Hextall) are being appealed to the Employment Appeal Tribunal and clarification in this area will be welcomed by employers.