Rooms with a view – but no right to privacy 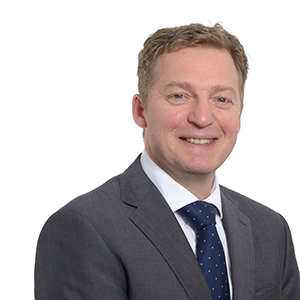 In this case, Mr Justice Mann sitting in The High Court has found that a homeowner can, in an appropriate case, protect the privacy of a home as against another landowner by claiming that the infringement of privacy is an actionable nuisance.

The case concerned a block of luxury flats (called Neo Bankside) which are constructed predominantly with floor to ceiling glass to provide the flats with extensive views over London. Neo Bankside is built next to the Tate Modern museum.

Subsequent to the construction of Neo Bankside, an extension was built onto the 10th floor of the Tate Modern in the form of a viewing platform, to allow visitors to the Tate Modern to have a 360 degree panoramic view of London.

Four of the flat owners of Neo Bankside claimed that, as the viewing platform enabled such visitors to have views into the flats to varying degrees, an actionable nuisance arose by reference to:

The Claimants sought an injunction to require the Tate Modern to prevent members of the public from observing the claimants' flats. Evidence suggested that there are some 500,000 to 600,000 visitors to the Viewing Gallery each year.

Claim under the Human Rights Act 1998

The Judge found that the developers of Neo Bankside were aware of the intended development of the Tate Modern including the probable viewing platform albeit not the likely level of intrusion, He also found that it seemed to be unlikely that the planning authority would have given much consideration to overlooking of the flats by the Viewing Platform

The Judge found that there was clearly "a material intrusion into the privacy of the living accommodation, using the word "privacy" in its everyday meaning .."

"6(1) It shall be unlawful for a public authority to act in a way which is incompatible with a Convention right."

Article 8 of the European Convention on Human Rights provides:

"(1) Everyone has the right to respect for his private and family life, his home and his correspondence."

The Judge found that, although the Tate body is founded by statutes and receives some public funding, it is not a public funded body. It does have to provide a service for the nation and is subject to a significant degree of accountability to the State. These factors were said to be relevant but not determinative. The key question was "whether the activities of the Tate are governmental in their nature. I have come to the clear conclusion that they are not."

As a result the Judge held that a claim under the Human Rights act failed at the first stage of analysis having found that the Tate was not a public body.

The Claimants' second claim was that the visitors to the Viewing Gallery took advantage "to an extent which affects the use and enjoyment of the flats because it encroaches on, and invades, their privacy", thus constituting an actionable nuisance. The Tate argued that the law of nuisance does not protect privacy nor does it protect a right to a view.

The Judge restated the three kinds of private nuisance known to the law:

The Judge had to decide whether the law of nuisance applied in this case – ie to an invasion of privacy and, if so, whether it was then established on the facts of the case.

The Judge's conclusion was that, following the parties' detailed analysis of many authorities, he " would have been minded to conclude that the tort of nuisance, absent statute, would probably have been capable, as a matter of principle, of protecting privacy rights, at least in a domestic home." He drew support for this conclusion from the specific use of the word "home" in Article 8(1) of the European Convention on Human Rights. However, he went on to find that " Whether anything is an invasion of privacy depends on whether, and to what extent, there is a legitimate expectation of privacy."

Having found that nuisance is capable, in an appropriate case, of operating to as to protect the privacy of a home as against another landowner, the Judge had to decide whether or not there was an actionable nuisance in this case.

The Judge concluded that "the Claimants are occupying a particularly sensitive property which they are operating in way which has increased the sensitivity. A differently built, but perfectly acceptable, property would have had more privacy built in, or rather would not have had the same degree of exposure." He concluded that the design of the flats and positive impact this would have had on value came at a price.

In summary, the Judge found that there was:

The case makes it clear that a Court may protect a right to a view if it finds that there is a legitimate expectation of privacy which in turn has been infringed.

What you need to know about a Letter of Wishes

The Official Receiver and Kids Company case – long-awaited, unexpected or not?

Managing the mental health of workers and your legal obligations

Partnerships and Wills – working together in sweet harmony