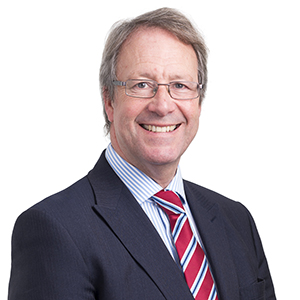 The Court of Appeal has ruled that ATMs in supermarkets, shops and petrol stations are not separately rateable1 - a decision that is reported to see retailers able to claim business rates rebates of an estimated £300m2.

In 2010, various ATMs at sites both inside and outside various supermarkets owned by Sainsbury's, Tesco and Co-op, and other premises where ATMs were operated by Cardtronics, were listed as separate hereditaments with their own rateable value - in most cases without any corresponding reduction in the rateable value of the shop or other premises in which it was located, meaning the retailers were ultimately paying more.

The retailers appealed to the Valuation Tribunal for England, which refused to alter the 2010 ratings listings, concluding that the ATMs were separate "hereditaments" (units of property, which are rateable), in rateable occupation by the bank or other ATM provider and that the sites in question should therefore remain the subject of a separate entry in the rating list.

The retailers appealed again, to the Upper Tribunal (Lands Chamber)3 , which allowed Tesco's appeals for ATM sites in 3 of its superstores but dismissed the others, subsequently granting each party permission to appeal to the Court of Appeal.

The question for the Court of Appeal was: What is the correct approach in law to the rating of the site of an ATM in a supermarket, shop, or petrol filling station? Are they capable in law of being separate hereditaments? And if so, who is in rateable occupation (i.e., who is the occupier – the retailer or the bank)?

The Court of Appeal reversed the Upper Tribunal's ruling, in favour of the retailers, and determined that in all cases concerned, the retailers had retained sufficient control of the ATM sites so as to be regarded as being in rateable occupation of them, and so the ATMs did not form a separate hereditament for rates assessment.

One of the fine legal points in the case was whether (under the Valuation for Rating (Plant and Machinery)(England) Regulations 2000), machinery such as ATMs had to be disregarded for the purposes of identifying the boundaries of a hereditament. The retailers argued that it did. The VO argued that it did not, and that the sites of the ATMs should be treated as separate hereditaments in the rateable occupation of the ATM operators.

In considering the issue of "rateable occupation", the Court applied the 'landlord-control principle' established in Westminster CC v Southern Railway Co Ltd4  - the concept that if the owner of premises retains general control over parts of the premises occupied by another party (as well as by himself), the owner will be treated as being in rateable occupation of that part.

The decision is great for…

But its not so great for…

Watch this space - it remains to be seen whether an appeal to the Supreme Court will follow.