Jordan v Hughes: the test of suitability under the Agricultural Holdings Act 1986

As our landowning clients are well aware, the gulf between the value of vacant agricultural land, and agricultural land which is subject to a long term tenancy (and particularly a tenancy governed by the Agricultural Holdings Act 1986) is vast. A 1986 Act tenancy confers upon the tenant not only lifetime security of tenure and the benefit of relatively low rents, but also (in the case of older 1986 Act tenancies entered into before 12 July 1984) the ability to pass on the tenancy to a further two generations. It is no surprise, therefore, that both landlords and tenants take a keen interest in whether a potential succession to a 1986 Act tenancy satisfies the statutory criteria for succession.

In an application for a succession tenancy a prospective tenant must demonstrate that they are both "eligible" and “suitable” to succeed within the meaning of the Act.

In the 2016 decision in the case of Jordan v Hughes there was no dispute in relation to the applicant's "eligibility", but the Court explored the circumstances in which otherwise "eligible" successors might or might not be considered "suitable".

The factual background to the case is typical of a farming family set-up: the 165 acre holding in Worcestershire was farmed by the family partnership business, W B Jordan & Sons. Mr Jordan, the founding partner, had two children, Mary and Arthur, who jointly inherited the freehold title to the farm upon their father's death in 1967. Arthur at that time occupied the holding under the terms of a 1986 Act tenancy until his death, upon which one of his sons, Christopher, succeeded to the tenancy, in June 1993.

In 2013, the family was rocked by Christopher’s suicide, and Christopher’s son William, then aged 31, developed some mental health issues arising out of that event. Nevertheless, William made an application to the First-tier Tribunal for a second succession tenancy of the holding.

Mary (now joint landlord with Christopher's widow, Catherine) opposed William’s application on the grounds that he was not a suitable person to succeed within the meaning of the Act, which requires the Tribunal to have regard to the following three factors:

Mary (or her representatives) first tried to argue that William’s mental health disqualified him from meeting the suitability criteria, by virtue of the breakdown which William had suffered following the sudden death of his father. Secondly, Mary did not accept that William was capable of farming the holding, relying on the fact that he had never been made a partner in the family business to throw doubt on his farming credentials. She also argued that the nomination of Brian (William’s uncle) ahead of William as a successor under Christopher’s Will indicated that Christopher had not thought his own son to be up to the job. Finally, she contended that William was unsuitable on the basis that he was financially bereft.

On the issue of William’s health, the Tribunal held, on the advice of medical experts, that as long as William continued to take his medication, his condition was unlikely to render him mentally incapable of running the farm. Mary's concerns were not unfounded, but William's condition was manageable and the early signs of a relapse would be noticeable and treatable, and it would be “unjust” to find him unsuitable on that basis.

As regards William's experience in agriculture, William’s uncle Brian gave evidence in support of William’s application, arguing that the Partnership simply had enough partners (there already being four) and it had not been a conscious choice to exclude William. The Tribunal refused to draw any inferences from the fact that William had not been named as successor in his father’s Will or that he had not yet become a partner.

The respondent's strongest objection to William's application was that he lacked the necessary financial standing to succeed. On this point, the Tribunal reasoned that, whilst there was room for improvement in the running of the holding, it remained possible for William to achieve a marginal profit. In addition, William had received confirmation of an overdraft facility should he succeed in his application for the tenancy.

The Tribunal directed that William's application should succeed, with one of the most important factors in his favour being that William’s mother Catherine (who had inherited in excess of £1.5 million upon Christopher's death) had confirmed her financial support to William through various gifts and loans.

The decision in Jordan v Hughes reinforces the view that the hurdle of suitability is not a particularly high one for an applicant to overcome. The Tribunal (as it often does) was willing to overlook not insignificant weaknesses in William’s case in order to preserve the security of tenure and family continuity underlying the policy of the Agricultural Holdings Acts. 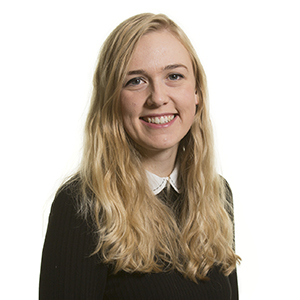