Implications of the Insurance Act 2015 for commercial insureds 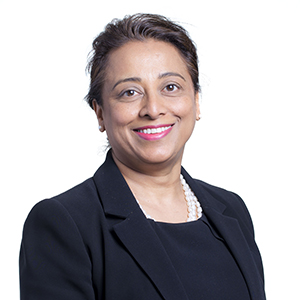 The purpose of the Act is to update the current law (which is over 100 years old) to reflect the way in which the insurance market has evolved, the aim being to achieve a fair and balanced regime between insurers and insureds.

The Act includes fundamental changes to the approach which will need to be taken by insureds and insurers in presenting/assessing risks, and in addressing coverage issues post inception.  Are you ready?

The duty of disclosure is the cornerstone of the insured's duty of good faith to insurers.  Under the Act the core obligation of disclosure remains broadly similar.  The insured is still required to disclose information which would affect the judgment of a prudent insurer in deciding whether to accept a risk and, if so, on what terms.

However, the Act sets out whose knowledge on behalf of an insured is relevant in presenting a risk to insurers.  It also imposes obligations on insurers to make their own inquiries - a significant shift for insurers.

The insured's new duty of disclosure

Under the Act, the insured will be required to either:

This latter requirement imposes an obligation on insurers to make their own inquiries, an issue which will need to be front of mind for insurers in assessing risks.

What constitutes a fair presentation?

The fair presentation should:

Exception: An insured does not need to disclose a circumstance if (a) it diminishes the risk (b) is known or ought to be known by the insurer (c) the insurer is presumed to know it or (d) it is something as to which the insurer waives information.

The Act clarifies what an insured knows or ought to know in terms of its duty of fair presentation. In that regard, a distinction is drawn between insureds who are "individuals" and those who are not (eg companies and organisations).

NB. the insured is deemed to know what should reasonably have been revealed by a reasonable search of information available to the insured. This includes information held within their organisation or by other parties (eg their broker).

An insurer has a remedy for breach of duty of fair presentation by an insured if the insurer shows that, but for the breach, the insurer:

Such breaches are known as "qualifying breaches" under the Act.

Remedies available to the insurer if an insured breaches the duty of fair presentation depend on whether or not the breach was deliberate or reckless.

Breach not deliberate or reckless

Some insurance proposal forms include "basis of contract" clauses, which have the effect of turning representations made by the insured into a warranty. This allows the insurer to avoid paying a claim if any statement on the proposal form is inaccurate (even if the statement is minor and immaterial).

Under the Act, "basis of contract" clauses are prohibited for business contracts.

Under the Act, if the insured makes a fraudulent claim:

NB. Insurers cannot contract out of the abolition of the "basis of contract" clause, and cannot include a clause with a similar effect.