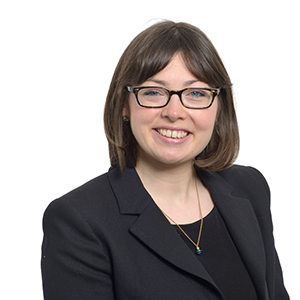 Looking back, it has been a year of fewer disputes, increased insolvency and a strong theme of 'clarity', or lack thereof, in the cases before the Technology and Construction Court.

In Mears Limited v Costplan Services (South East) Limited [2019] EWCA Civ 502, a case which many hoped would clarify the notoriously ill-defined term 'practical completion', the Court of Appeal decided not to offer a clear definition, and instead found that any conditions to practical completion must be clearly set out in the relevant agreement.

In Freeborn & Goldie v Mr Daniel Marcal t/a Dan Marcal Architects [2019] EWHC 454 (TCC) the TCC again emphasised the importance of clarity in construction projects. The court reviewed the scope of the retainer for architects retained to design and project manage construction projects, and the importance of obtaining clear sign off from employers. The case found that architects must produce written briefs for clients and these changes must be recorded in writing.

Additionally, 21 years on from the introduction of the Housing Grants Construction and Regeneration Act 1996, we continue to see cases where a successful party’s ability to enforce an adjudicator’s decision is being challenged. This is repeatedly happening on grounds of 'no dispute', 'no jurisdiction' and 'breach of natural justice.'[1]

Insurers will welcome a recent study into the construction industry which has identified a decline in the number of disputes progressing to formal dispute resolution processes by almost 50%.[2] A drop in contentious matters may appear to be good news for the industry because it suggests the parties are reducing the number of claims with which they are involved. The reality, however, is that parties are simply not pursuing more formal dispute resolution mechanisms as a means to resolve their differences: instead they are adopting early dispute avoidance strategies, with participants in the study commenting that the primary method to avoid conflict was "a willingness to compromise". Common sense perhaps but the likely costs savings for insurers will no doubt be welcome.

In less positive news for insurers, over the past five years insolvency rates in the construction industry have increased more quickly than in other industries across the UK. Records in the 12 months to the end of September 2018 saw 2,954 construction insolvencies out of a total of 17,439 insolvencies – representing a 12% increase on the previous year. Even large construction companies have struggled, the most significant failure being that of Carillion but with several other large entities only narrowly avoiding a similar fate (thus far).

Reasons for construction insolvency include the delay between work being performed and payment being received, lack of profitability and the impact of one party's insolvency on another party (such as the effect of a main contractor's insolvency on its subcontractor).

Underwriters and insureds should therefore take heed of the early warning signs that an employer, contractor or subcontractor could be facing financial difficulties. For instance, late or non-payment of supply chain invoices or employees' wages, late filing of accounts or annual returns at Companies House, or personnel being removed from the project unexpectedly. Underwriters may also wish to consider ways to reduce the risks associated with insolvency, such as requiring insureds to obtain references and credit checks, using retention of title clauses, and including pay when paid clauses in their contracts (generally these clauses are prohibited, but there is an exception in the case of 'upstream insolvency').

The Grenfell tragedy continues to have a significant impact on the way the construction industry operates and, over the past year, this has been particularly highlighted in relation to the industry's access to professional indemnity (PI) insurance.

Traditionally, consultants and sub-contractors have purchased PI cover on an 'any one claim' basis with a limit on each claim of around £5m. As a direct result of Grenfell and the number of cladding claims which followed, firms are finding it very difficult to purchase this level of 'any one claim' cover in the UK. Instead, construction professionals are seeing more unusual policy cover terms including:

Premiums for construction professionals have risen considerably, with one PI insurer quoted by Reuters as saying that the range of increase "varies wildly – from 10% to well in excess of 100%" and the RIBA commenting that in respect of their members "a doubling or tripling of premium is not uncommon"[4]. This trend is likely to continue until the risk of cladding related claims has abated which, bearing in mind the widespread usage of cladding across the UK (as in other jurisdictions), is unlikely to be for some time. In light of this, some construction professionals are turning their sights on the government to intervene, with incentives to write PI cover. This may provide a temporary solution but ultimately, in whatever new regulatory landscape which transpires, the construction industry and underwriters need to work more closely together to ensure that the higher standards the industry accepts must be applied are delivered in practice.

Looking forward, insureds are hoping to see a significant increase in investment in the development of homes and infrastructure following the 2019 General Election. Other big issues for insureds in 2020 will be the introduction of the new Building Safety Regulator, the VAT Reverse Charge and the Competition and Markets Authority investigation into the UK construction industry, as discussed below.

2020 is likely to see the establishment of the new Building Safety Regulator. This follows the publication of the Hackitt Report in 2019, which recommended the creation of a more effective regulatory and accountability framework to provide greater oversight of the construction industry. The Regulator will oversee the design and management of buildings and compliance with safety regulations by contractors, designers and building-owners. Dame Judith Hackitt has been appointed to advise the government on the most effective way to deliver the new Regulator. The implications for the construction industry and those who insure it will be significant.

The VAT Reverse Charge is due to come into force on 1 October 2020 (after its introduction was postponed in 2019). The measure is designed to counter fraud on the UK VAT system and will apply to construction contracts which are operational on 1 October 2020. For a high-level and simplified explanation of the changes see here.

The WBD Construction & Engineering team have also posted an article entitled 'Construction – a 2019 review, and 2020 preview' article on our website, which you can access here. Our Construction Timeline, highlighting key dates, events and cases, can also be found here. The WBD Insurance and Construction teams work closely together in respect of our construction professional indemnity practice advising insurers and their insureds, including contractors, developers, building product manufacturers, homebuilders, investors, employers, architects, engineers, quantity surveyors, project managers and contract administrators. If you would like any further information in relation to any of the topics raised above or there are any issues with which we can assist please do not hesitate to contact Hannah Cane on 0207 788 2376 or hannah.cane@wbd-uk.com.