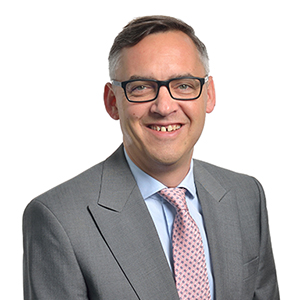 Weather-related damage to property is becoming more regular. Flood and coastal erosion risks are increasing, and will continue to do so, as a result of population growth and climate change. In addition to flooding, UK insurers are likely to see an increase in other weather-related property damage claims such as subsidence arising from periods of hot weather, and burst pipes arising from extreme cold. We examine the trends and the factors for insurers to consider when considering subrogated claims following settlement of property damage claims.

2018 was an eventful year in terms of property damage claims. Property insurers paid out a record-breaking £194 million in burst pipe claims in the first quarter of 2018 due to the extreme cold weather arising from the Beast from the East and Storm Emma. This was a tenfold increase in burst pipe claims compared to the previous year.

Although 2019 figures have yet to be released, many of these 2018 subsidence claims will still be subject to ongoing investigations and repairs, and new claims will continue to have been reported throughout 2019.

Weather related incidents have continued into 2019. The ABI reported that insurance payouts to people hit by the recent floods in Yorkshire and the Midlands are expected to reach £110 million. So far just over 4,000 flood claims have been received, of which 2,250 relate to flooded homes and business and 1,788 to damaged vehicles. Of the estimated £110 million in payouts, £45 million relates to damage to homes and possessions, £58 million to business property and stock and £7.5 million to damaged vehicles.

How is the UK responding to these trends?

Flood Re – a transition scheme

Flood Re was established by the Water Act 2014 and introduced in April 2016 to assist households most at risk of flooding. The scheme has sought to cap domestic flood insurance prices, keeping insurance premiums affordable for households in high risk areas. Houses built since 2009 are not covered by the scheme. Ultimately Flood Re is intended to be a transition scheme, allowing homeowners of high risk properties to put in place mitigation measures so that insurance remains affordable after Flood Re ends. However, Flood Re recognises that it, and others, also have a role to play in making the transition to an affordable and risk-reflective market for household insurance more achievable. Flood Re's Transition Plan was published in 2018. The Plan looks at Flood Re's vision to limit the risks of flooding through investment in flood risk management and defences, and by development with flood risk in mind. It also looks at reducing the damage and costs of flooding and how an effective insurance market can be put in place to allow Flood Re to be wound down in due course.

In July 2019 Flood Re announced proposals outlining how to encourage more properties across the UK to be made resilient to flooding. It proposes changes to the scheme that would permit the payment of claims to include an additional amount for resilient or resistant repair, above and beyond the original damage. Flood Re has also called for the ability to reward householders who proactively install flood resilience measures with discounted premiums on their home insurance policies, when they are ceded to the scheme. Flood Re has sent its assessment and recommendations to the Secretary of State for Environment, Flood and Rural Affairs for review.

Research published in June 2019 and revealed at the ABI conference "Building a resilient future for the UK's property insurance market", suggested that £1.1 billion a year of flood damage is being prevented by the UK's current network of river barriers and defences. The modelling was commissioned by Flood Re and conducted by Risk Management Solutions (RMS).

RMS based its calculations on thousands of simulations of weather events with and without flood defences. In England, the Government currently spends around £0.6 billion each year on building and maintaining flood defences. Inland flooding costs around £0.7 billion each year. Given the RMS figures, without these flood defences that bill would rise to £1.8 billion. The Environment Agency has recently recommended an annual spend of £1 billion on all flood risk management.

2019 has also seen a consultation by the Department for Environment Food and Rural Affairs (Defra) on flooding and coastal erosion in order to inform the government's policy on these issues. The topics of the consultation include how we can adapt to coastal change, local funding initiatives for flood risk management, developer contributions to new developments, and managing financial risks from flooding. The Government is currently considering responses to the consultation.

Factors for insurers to consider when considering subrogated claims

Insurers will no doubt be looking at whether they can recover some of the sums they have paid out in respect of property damage, by way of subrogated claims. We consider briefly below some of the factors that should be considered when making subrogated claims in relation to subsidence and flood damage.

In respect of subsidence damage, the test formulated by the House of Lords in the case of Delaware Mansions v Westminster City Council [2001] UKHL 55 must be considered:

Much case law has developed around this area, and in more recent years the courts have accepted that there must be a "real risk" that the tree implicated in the damage posed a greater risk than other trees. If the tree in question posed a "real risk" a third party tree owner could be found liable for the damage caused to the property if they fail to take steps to reduce the risk, for instance by carrying out works to the tree. If a third party tree is implicated in the damage to the insured property, consideration should then be given as to whether a claim can be made against that third party tree owner.

In respect of flooding, it is often considered that such an event is an "Act of God" and therefore no one is to blame for property damage occurring as a result of flooding. However, there may be a claim against a neighbouring landowner where their acts or omissions have contributed to the loss.

A landowner owes a measured duty in both nuisance and negligence to take reasonable steps to prevent natural occurrences on their land from causing damage to neighbouring properties. The court will consider what is fair, just and reasonable as between two neighbouring landowners, and will have regard to the available preventative measures, the costs of such measures and resources of both parties. For example, a landowner who fails to remedy a known blocked culvert on their land may be liable for damage caused to their neighbour's property as a result of that blocked culvert. If considering a flood claim, insurers should have this in mind during the course of their investigations.