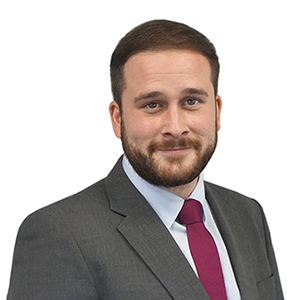 The Lands Tribunal for Scotland recently heard legal arguments in nine applications by EE Limited and Hutchison 3G UK Limited (“the operators”) under para 33 of the Electronic Communications Code (Schedule 3A to the Communications Act 2003) (“the Code”). The Tribunal has since issued its decision on the legal issues that were debated at the hearing (EE Limited & Hutchison 3G UK Limited v Duncan & Others). This is the first decision issued by either the Lands Tribunal for Scotland or the Upper Tribunal under paras 33 and 34 of the Code.

Para 33(1) of the Code provides that an operator or site provider who is a party to a Code agreement may give notice to the other party requesting a change to the agreement, or requesting that the existing agreement is terminated and replaced with a new agreement.

Paras 33(4) and (5) provide that if the operator and the site provider do not reach agreement on the proposals in the notice within 6 months after the notice is served, an application may be made to the Tribunal for an order under para 34.

The nine applications that are the subject of the Tribunal’s decision were made following service of notices by the operators under para 33(1)(d), requiring the site providers to agree that the existing Code agreements between them should be terminated, and that new agreements should have effect. The existing Code agreements were leases. Their original terms had expired and they were continuing by operation of tacit relocation (a principle of Scots law which has the effect of extending a lease on a year-to-year basis if neither party gives notice to quit).

In their applications to the Tribunal, the operators sought orders under para 34(6), ordering the termination of the existing agreements and ordering the parties to enter into new agreements. In opposing the applications, the site providers raised a number of preliminary legal issues, and those issues were the subject of the hearing and the Tribunal’s decision. The four main issues, which are considered in this article, were:

The Tribunal rejected the site providers’ arguments in relation to the first three of those issues, but agreed that there was not a sufficient justification for orders under para 34(6). On that basis, the Tribunal dismissed the applications.

The Code was introduced into the Communications Act 2003 by the Digital Economy Act 2017. Schedule 2 to the 2017 Act contains transitional provisions that set out how the Code applies to agreements that were entered into for the purposes of the old Code and which were still in force when the Code came into force in December 2017. The transitional provisions refer to such agreements as “subsisting agreements”, and provide that they have effect after the Code came into force as agreements under the Code, subject to modifications made in the transitional provisions. The modifications include the disapplication of the provisions of the Code relating to assignment (or assignation in Scots law), and upgrading and sharing of apparatus. Those provisions are intended to make the rollout of new technology at existing sites quicker and more efficient. However, many subsisting agreements contain provisions in relation to those matters that are more restrictive or onerous for operators than the provisions of the Code.

The Tribunal rejected that argument and found in favour of the operator. They were satisfied that in Scots law the effect of tacit relocation is to extend the existing lease, not to create a new tenancy. On that basis, they stated that they were “entirely satisfied that the agreements in force in the present cases when the new code came into effect were the original leases and, since those were in writing, they qualified as subsisting agreements for the purposes of the transitional provisions”.

For para 33 to apply, did the site providers have to be in a position to terminate the existing agreements under para 31?

Para 33(2)(b) of the Code required each of the operators’ notices to specify the date on which it was proposed that the existing agreements should be terminated and from which a new agreement should have effect. In terms of para 33(3), that date required to fall (a) more than 6 months after service of the notice, and (b) “at a time when, apart from [para 30], the code agreement could have been brought to an end by the site provider”. Para 30 provides for the continuation of Code agreements where they would otherwise come to an end under their terms. Termination of Code agreements by site providers is governed by para 31, the effect of which is that, to terminate an agreement, the site provider must be in a position to rely on one of the grounds for termination specified in para 31.

The site providers argued that, for para 33 to apply, they had to be in a position to terminate the existing agreements under para 31. They were not in a position to do that, so they argued that there was no basis for the operators’ notices. The Tribunal rejected that argument – they were satisfied that a valid notice under para 33 does not require that the existing agreement can be terminated by the site provider under para 31.

In relation to some of the applications, the site providers argued that the notices did not specify a valid date on which it was proposed that the existing agreements should be terminated and from which a new agreement should have effect. As mentioned above, para 33(3)(b) required each of the notices to specify a date that fell “at a time when, apart from [para 30], the code agreement could have been brought to an end by site provider”. The site providers ran an overly-technical argument that, in the case of a lease continuing by tacit relocation, the date must fall on the anniversary of the “ish” (the date of expiry of the original term of the lease). The operators argued that the words “at a time” in para 33(3)(b) did not mean “on the date” when the agreement could have been brought to an by the site provider, and that the date specified in the notice can be on or after that date.

Was there a sufficient justification for orders under para 34(6)?

Para 34(13) provides that the Tribunal must have regard to “all the circumstances of the case” and to certain particular circumstances specified in para 34(13), including “the operator’s business and technical needs”. The site providers argued that this required the operators to set out “site-specific, objectively verifiable needs” for the orders sought by them, and that the operators had not done that.

The operators argued that the Tribunal had to take into account “all the circumstances of the case”, and that a desire by an operator to replace an expired agreement with one that complied with the Code was clearly a relevant circumstance which the Tribunal required to take into account. They also argued that the operators’ business needs encompassed the need to have new agreements that confer the full benefits available to operators under the Code. Aspects of the existing agreements were incompatible with the Code, and the operators required to have them changed.

The Tribunal considered that there was not a sufficient justification for the orders sought by the operators. They commented that the applications did not specify “any particular need in relation to any particular site”, for example “that a third party wants to install apparatus at a site and the [operators] are prevented from allowed it by the current agreement, or that the [operators] wish to assign a particular agreement and are prohibited from doing so”. They also commented that there was no suggestion that any change was required to give the existing agreements business or technical efficacy, or to better serve consumers of telecommunications services served by the sites to which the applications related. They stated that there required to be more “in the way of particular agreements being unduly onerous or restrictive” to justify their termination and replacement with new agreements.

The decision provides much needed clarity that a lease continuing by tacit relocation is a subsisting agreement. However, the Tribunal have set a high bar for operators seeking to replace expired agreements that were entered into for the purpose of the old Code with agreements under the new Code. Arguably, they have set it higher than was intended and appears to be at odds with what seems to be the clear purpose behind the legislation. Para 34(13) requires the Tribunal to have regard to the operator’s business and technical needs as part of all the circumstances of the case. The Tribunal appear to have interpreted that as requiring the operator to establish that there is a site-specific need for the order sought, or that the order is justified because the existing agreement is lacking in business or technical efficacy, or unduly onerous or restrictive, in some way. It is not clear that such a test was intended.

It is understood that the operators have appealed against the Tribunal’s decision.

A link to the decision can be found here.