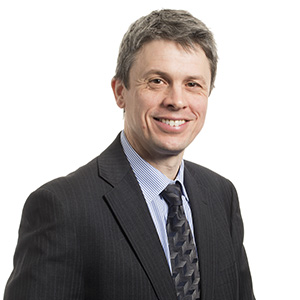 In the latest judgment in the long-running London Trocadero (2015) LLP v Picture House Cinemas Ltd litigation over COVID rent arrears, the Court has dealt with various issues arising out of the landlord's part 36 offer made to the tenant and its guarantor before proceedings were issued.

As found in previous London Trocadero judgments, the tenant/guarantor had no defence to the landlord's rent claim, which was awarded in full with interest. Therefore, the landlord's offer was indisputably "beaten" by the judgment the landlord obtained, and that would ostensibly entitle the landlord to penalty interest (up to 10%), indemnity costs and an additional penalty sum up to £75,000.

The issues the Court had to deal with were:

Was the part 36 offer validly served?

The landlord's solicitors served the part 36 offer on the tenant/guarantor's solicitors by e-mail but did not send a hard copy by post.

The Court agreed with the guarantor's submissions that the Civil Procedure Rules (CPR) required formal service of a part 36 offer. Therefore, as the tenant/guarantor's solicitors had not formally confirmed they would accept service by e-mail, the failure also to serve by post technically invalidated service of the offer.

However, the Court concluded that it would, and should, validate the service through its overriding discretion under the CPR to deal with cases justly at a proportionate cost. As no complaint as to e-mail service was raised until very late on, and as there was no real prejudice to the guarantor, an order validating service was made.

Did the fact that the part 36 offer only proposed waived interest invalidate the offer?

The guarantor argued that the interest concession was so minimal (approximately 1% of the overall claim) that it was effectively no concession at all; as a part 36 offer had to be a genuine concession, this particular offer was invalid as it did not comprise a genuine offer to settle. The guarantor also pointed out to the Court that it was made on the day before the third lockdown in December 2020 and against the background where many landlords were agreeing concessions on rent.

The Court, however, was unconvinced, taking note that this appeared to be a case where the guarantor could pay but had chosen not to. The landlord was entitled to be confident that it was, in fact, owed both rent and interest, so an offer to waive interest was, indeed, a genuine (albeit small) concession. The part 36 offer, therefore, stood as valid despite it only relating to the interest not the principal rent.

What should the cost consequences be?

The landlord sought penalty interest, indemnity costs and a further amount of up to £75,000 as the consequence of it beating its own part 36 offer. The guarantor pointed to the government's code of practice (encouraging settlement negotiations), the fact that the pandemic was not the guarantor's fault, and that the government's upcoming COVID rent arbitration scheme might, in fact, relieve the guarantor of some liability.

The Court concluded that:

This case stands as a reminder to both landlords and tenants/guarantors that the part 36 procedure remains very relevant on rent COVID claims even if the concession offered by a landlord is simply to waive interest. However, that said, the landlord must ensure that any part 36 offer is validly served (by post in addition to e-mail in many cases).

Although most of this judgment is not good news for tenants, it may be a small crumb of comfort that the judge did consider the fact of the pandemic generally, and that the upcoming arbitration scheme should mitigate to a degree against the full penal consequences of failing to accept a part 36 offer.