Back in November we reported on the case of Wallace v Wallace [2019] EWHC 2503 (Ch), where the Court grappled with the diverging authorities on the issue of whether section 236 of the Insolvency Act 1986 has extra-territorial effect.

What did the Court decide?

In short, no, section 236 does not (in and of itself) have extraterritorial effect; however, that is not the end of the story, as the Court may otherwise be entitled to make an Order under section 236 against a respondent abroad.

A link to our article on the Wallace case is here.

Liquidators of a UK company sought various documents from Italian-registered companies, who had traded with the UK company. In particular, the UK company owned a number of fashion trademarks, which it had licenced to the Italian companies. The liquidators sought the documents in order to fully investigate certain issues, including sums potentially owed to the UK company.

Having reviewed the competing authorities on the issue of extra-territorial effect, the Court came to the conclusion that it had to follow the previous decision of the Court in Re Tucker (a bankrupt) [1990] Ch 148, a bankruptcy case, where the Court construed section 236's predecessor (section 25 of the Bankruptcy Act 1914) as meaning that “if the person is not in England he is not liable to be brought before the English court under [section 25]”.

The Court then went on to disagree with the recent cases (including Wallace), where section 236 of the Insolvency Act 1986 had been considered to be materially different in structure to section 25 of the Bankruptcy Act 1914, with the different powers within the section have different territorial limits. The Court in Akkurate felt that both Acts gave the Court a power to summon someone before it and to require them to produce documents and the fact the language in the 1986 Act had been modernised and divided up into different sub-sections did not mean that Parliament's intentions must be taken to have changed. The territorial limit imposed by Tucker applied to the whole of section 236.

Did the Court therefore decline to make an Order under section 236 against the Italian companies?

The Court confirmed the balancing exercise to be undertaken when considering whether to exercise its discretion under section 236, that is the reasonable requirements of the office-holder on the one hand and the protection of the respondent on the other.

The Court went on to make an Order in respect of the documents in relation to which it considered the liquidators had made out a proper case.

The issue will no doubt come back before the Court again, particularly given that the Judge in Akkurate expressed the view that, whilst bound by Tucker, they didn't necessarily agree with that decision.

In the meantime, office-holders will have to proceed on the basis that the EU (at least) is not off limits but await the outcome of Brexit negotiations. If the 'Implementation Period' ends on 31 December 2020 with a 'hard/crash out' Brexit, whilst the provisions of the Insolvency Regulation will be adopted into UK law, there will be no multilateral agreement providing for the automatic recognition of UK insolvency proceedings across the EU. 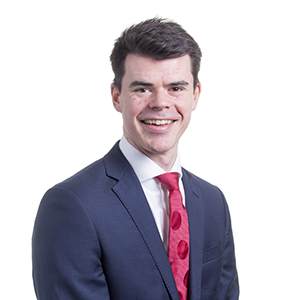