CHARLOTTE, NC—For more than a quarter of a century, Womble Bond Dickinson attorney Claire Rauscher has worked to ensure that “Justice for All” is more than just a saying. As a criminal defense attorney and former federal public defender, Rauscher has fought to ensuring that everyone receives fair and just treatment in the criminal justice system.

For these efforts, the North Carolina Bar Association has named Rauscher its 2019 winner of the Wade M. Smith Award. The Wade M. Smith Award, along with the Peter S. Gilchrist III Award (given to a prosecutor), are the two most prestigious honors given by the NCBA’s Criminal Justice Section and these awards honor career contributions in the field of criminal justice law.

According to the NCBA, the Wade M. Smith Award is given to a criminal defense attorney “who exemplifies the highest ideals of the profession.” Rauscher is the first woman to win the award in its 11-year history.

“Claire’s clients and partners have long known that she is a special talent and asset to the criminal defense bar. The NCBA Criminal Justice Section could not have picked a more worthy recipient for this important recognition. We are honored to have her on our team,” said Chris Jones, Womble Bond Dickinson’s Business Litigation Practice Group Leader.

In 1996, Wright was sentence to life without parole on a drug conviction, largely due to federal sentencing guideline place at the time. Rauscher worked relentless for 12 years to advocate for her client. She successfully persuaded the court to reduce Wright’s sentence on two occasions, earned his release from prison, and successfully petitioned for an early termination of supervision.

Rauscher also earned a second chance for Cedric Dean, who was sentence to life in prison on crack cocaine charges. During his time in prison, Dean became a published author and anti-violence advocate. Rauscher advocated for Dean from 1995 to 2017, when he was freed from prison, thanks to her help.

Previously, Rauscher has been named a fellow in the American College of Trial Lawyers, Chambers USA-ranked attorney for White Collar Criminal Defense, and the ”2017 White Collar Attorney of the Year in Charlotte” by Best Lawyers in America.

Click here to watch a short video on Claire Rauscher, in her own words. 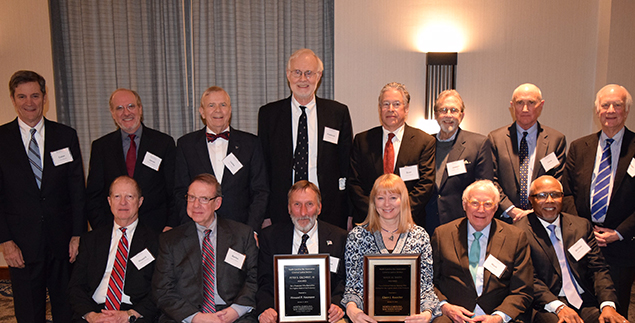