Are You Liable If Your Station is Hacked? | Womble Bond Dickinson Skip to main content

Are You Liable If Your Station is Hacked? 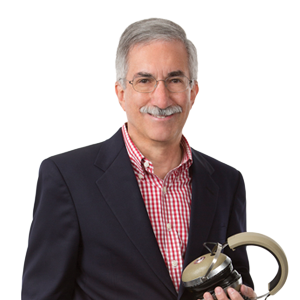 This article originally was published by Radio Ink.

Somehow, hackers manage access to your radio station audio chain and broadcast alternate programming with indecent or profane content. What will be the FCC’s reaction? Do you notify the FCC?

In a word, no, there is no requirement that the FCC be notified. Other than quickly changing passwords, hope that you will hear nothing more of the incident, either from the FCC or from members of the public.

In today’s world, the words f*** and s*** are part of the vernacular for Millennials, Gen Xers and Boomers. Also, the lines have blurred for radio listeners between over-the-air, streamed, downloaded and satellite content. Many of your listeners may often hear such words in listening to non-over-the-air content.

Thus, hearing such words is unlikely to shock, or even be noticed as it may have been many years ago. Just hope that no one noticed or cared about the content in the hacked programming. If no complaint is filed with the FCC, there is little chance of adverse FCC action.

But, if an FCC complaint is filed, there is the potential of a $350,000 fine. The FCC’s position may be that your station is strictly responsible for whatever goes over your air even in the event of a hack, and that procedures should have been in place to prevent the hack from occurring the first instance.

At the risk of delving too deeply into the subject, no one has any idea what will be the FCC’s stance under the new Chairman on indecency. For the past several years, except for the recent WDBJ-TV incident which was surprising and troubling to all broadcasters, the FCC has been mostly silent on indecency allegations (WDBJ-TV inadvertently broadcast a three second small image in the 16:9 screen border of the “sexual manipulation” of a naked, erect penis).

In the WDBJ-TV case, the FCC found WDBJ to be sufficiently culpable to support a forfeiture stating that “WDBJ broadcast material obtained from an online video distributor of adult films but failed to take adequate precautions to prevent the broadcast of indecent material when it knew, or should have known, that its editing equipment … did not permit full screen review of material intended for broadcast … the indecent material was plainly visible to the Station employee who downloaded it; he simply didn’t notice it … .”.

FCC policy on the broadcast station use of f*** and s***is less than clear. Previously, the FCC approved the repeated and strident use of f*** and s***by actors in a prime-time TV showing of a fictional movie about war (“Saving Private Ryan”), while fining a small public television station $15,000 for the random and occasional use of f*** and s*** by real people in a jazz documentary (“The Blues: Godfathers and Sons”). There appears to be little consistency to the FCC’s regulation in the area of verboten words.

A hacked station has the defense that the indecent content was wholly unexpected, should not have been anticipated and was largely outside the control of the station’s licensee. A third-party hack into radio station programming is far different than a station employee broadcasting objectionable content however inadvertent that broadcast might be.

It likely does not behoove a hacked radio station that broadcast objectionable content to expand the discussion of the incident further than it must within its station’s own personnel. The last thing the radio station needs in such circumstances is for some trade publication or radio internet bulletin board to pick up on the incident and inspire a do-gooder, malevolent citizen or competitor to file an FCC complaint. An FCC indecency complaint, no matter how frivolous or unfounded, can cost a station thousands in legal fees to defend as well as substantially delay FCC action on license renewal and other applications.

These hacking incidents are a good reminder to confirm that your errors and omissions insurance policy covers potential fines and defense costs should an FCC indecency complaint be filed. Also, please confirm that your internet connected device password is not “password”.