SEC Proposes to Ease Restrictions on Compensatory Offerings to Employees, “Platform Workers” and Other Service Providers 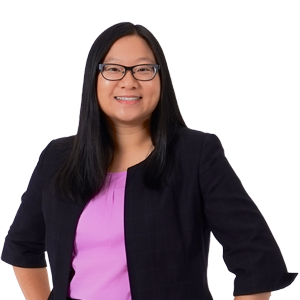 Last week, the Securities and Exchange Commission (the “SEC”) proposed amendments that would ease restrictions on compensatory securities offerings to employees and other service providers under Rule 701 and Form S-8, both implemented under the Securities Act of 1933, as amended (the “Securities Act”).1 At the same time, the SEC also proposed a temporary five-year expansion of Rule 701 and Form S-8 eligibility for certain compensatory offerings to “platform” or “gig economy” workers.2 Both rule proposals will be subject to a 60-day comment period following publication in the Federal Register, with final rule amendments expected to follow – although the scope of such final rules may depend in part on the priorities of the new presidential administration. Although no action is recommended now, companies should consider the scope of the proposed amendments, which, if adopted, should enhance and simplify a company’s ability to use its equity for compensatory purposes.

Under federal securities laws, any offer or sale of securities must either be (1) registered with the SEC or (2) exempt.  Rule 701 provides an exemption from the registration requirements of the Securities Act for offers and sales of securities by non-reporting companies to their employees, directors, consultants and certain other service providers under written compensatory benefit plans or agreements.  Similarly, the Form S-8 registration statement is a short-form registration statement available to eligible reporting companies for the registration of offers and sales of securities to employees and other service providers under written compensatory plans/agreements.  Both Rule 701 and Form S-8 may only be relied upon for compensatory purposes and are not available for capital-raising or market-making purposes.3

The following proposed amendments are the key amendments with respect to Form S-8:

The following proposed amendments are the key amendments with respect to Rule 701:

The following proposed amendments are the key amendments with respect to both Rule 701 and Form S-8:

In recognition of the evolving nature of the types of services provided by many service providers and their changing relationships with companies, the SEC’s proposals also would allow both reporting and non-reporting companies, under a five-year trial basis, to offer and sell issuer securities for compensatory purposes to “platform” and other “gig economy” workers who may not otherwise be Rule 701- or Form S-8-eligible.  These workers must provide bona fide services (such as ride-sharing, food delivery, household repairs, dog-sitting, tech support, etc.) through the issuer’s internet-based marketplace platform or through another widespread, technology-based marketplace platform. Generally, the following conditions must be met6:

Womble Bond Dickinson regularly advises publicly-traded and private companies regarding equity and other compensation matters.  If you need assistance or have any questions regarding the matters discussed in this alert, please contact Jane Jeffries Jones at (704) 331-4953 or jane.j.jones@wbd-us.com, Vivian Coates at (336) 721-3727 or vivian.coates@wbd-us.com, Eleanor Bleecker at (864) 255-5422 or eleanor.bleecker@wbd-us.com, the Womble Bond Dickinson attorney with whom you usually work or one of our Corporate and Securities attorneys for more information.

1 See “Modernization of Rules and Forms for Compensatory Securities Offerings and Sales,” (Release No. 33-10891) (November 24, 2020), available here.
2 See “Temporary Rules to Include Certain ‘Platform Workers’ in Compensatory Offerings under Rule 701 and Form S-8,” (Release Nos. 33-10892 and 34-9049833) (November 24, 2020), available here.
3 Our earlier client alert regarding the SEC’s 2018 releases on the topics covered by this alert may be found here.
4 Under current Rule 701, issuers must provide specific disclosures (including financial statements) if the aggregate sales price/amount of securities sold during any consecutive 12-month period exceeds $10 million.
5 Under Code Section 409A, independent appraisals that meet certain Section 409A requirements may support a “safe harbor” exemption from adverse Section 409A tax consequences for stock options and stock appreciation rights that are granted with a strike price at least equal to the fair market value of the company’s common stock on the grant date and if other conditions are met.
6 In addition, most of the other Rule 701/Form S-8 requirements would continue to apply to offers to platform workers, including most of the proposed amendments discussed above, if adopted.

Delaware Court: Redactions in Court Filings Should Not Be an Afterthought