Late in the day on June 3, 2020, after days of dramatic uncertainty about whether certain senators would object, the U.S. Senate approved by unanimous consent the Paycheck Protection Program Flexibility Act of 2020 (H.R. 7010) (PPPFA), which was previously approved by the House in a 417 to 1 vote on Thursday, May 28. President Trump is expected to sign the PPPFA in the next couple days.

The primary impact of the PPPFA is that it provides the over 4.4 million Paycheck Protection Program (PPP) borrowers additional time to qualify for forgiveness and eases the restrictions on how much of the forgivable portion of the loan proceeds must be used for payroll costs. These changes, as well as those summarized below, come days before the initial eight-week covered period ends for some of the first PPP borrowers.  Ultimately, this legislation should be cheered by borrowers and lenders (and their advisors) - it will greatly reduce the complexity of forgiveness and ensure many more borrowers have all (or substantially all) of their loans forgiven. A link to the legislative text can be found here.

In addition, on the Friday before Memorial Day weekend, the Small Business Administration (SBA) released two Interim Final Rules providing guidance and clarification on, among other things, the treatment of bonus and hazard pay to employees and double-counting of salary reductions and full-time equivalent (FTE) employee reductions. Links to Interim Final Rules can be found here and here.

This alert summarizes how the above legislation and SBA guidance impacts borrowers under PPP. We have also updated our previous FAQs on PPP Loan Forgiveness to reflect these changes. You can find the new FAQs here and a redline showing the changes here.

The PPPFA makes the following changes to the PPP:

The revision that everyone expected is an expansion of the forgiveness period from roughly eight-weeks to the earlier of twenty-four weeks from the origination date of the loan and December 31, 2020. This expansion ensures almost every borrower will have sufficient time to qualify for forgiveness, and the only question for borrowers is whether the total amount forgiven will be impacted by any reductions to FTEs or salaries (or wages) paid to employees. If it prefers, a borrower can also elect for the covered period to remain as currently structured under the SBA’s existing guidance.

In addition, the “Congressional Intent for H.R. 7010” released in conjunction with the PPPFA confirmed that the extension of the covered period “should not be construed as to permit the SBA to continue accepting applications for [PPP] loans after June 30, 2020.” Meaning, under the current legislation, the PPP application deadline is June 30, 2020, and borrowers intending to participate in the program have until then to submit their applications.

The legislation requires only 60% of forgivable expenses be used towards payroll costs, as opposed to 75%. This does not technically change the requirement under the SBA’s First Interim Final Rule that at least 75% of the loan be used for payroll costs, but it seems likely the SBA will issue new guidance to conform its guidelines to this legislation.

This change comes after weeks of outcry from industries that have seen their revenue plummet as a result of COVID-19, which has reduced their payroll costs as employees were laid off or furloughed, but did not impact their fixed costs such as rent or interest payments.

The legislation extends the period in which borrowers must restore FTEs or certain salaries (or wages) from June 30, 2020, to December 31, 2020. The CARES Act and the SBA’s guidance include a proportional reduction of forgiveness if FTEs or salaries (or wages) are not restored to February 15 levels on or before June 30. This extension, along with the twenty-four-week extension for forgiveness, means if a borrower spends 100% of the loan on payroll costs and other eligible expenses during the twenty-four-week period and its FTE count and certain salaries (or wages) on December 31 equals or exceeds those amounts as of February 15, the borrower’s entire loan amount will be forgiven. See our FAQ on Forgiveness for additional details.

In addition to the existing rehiring exceptions promulgated by the SBA,1 the PPPFA includes two new exceptions to the requirement that borrowers must restore their FTEs to February 15 levels.

The first exception is when the borrower cannot find qualified employees for unfilled positions. This exception could apply when the borrower requires its labor force to have a specific skillset that is in high demand but, more likely, it can apply to situations where borrowers have a difficult time finding employees due to risks associated with COVID-19 and the inability to social distance.

The second exception applies when the borrower cannot restore its operations to comparable levels of business activity due to social distancing, sanitation requirements, or customer safety needs. These requirements must have been established by the Secretary of Health and Human Services, the Director of the Centers for Disease Control and Prevention, or the Occupational Safety and Health Administration during the period beginning on March 1, 2020, and ending December 31, 2020.

Both of these exceptions leave room for interpretation, but they are a way for employers to meet the FTE requirements without having to actually hire back employees.

The maturity date for any loan amounts after the forgiveness period is now a minimum of five years instead of two and the deferment period is extended from six months to the date the borrower’s loan forgiveness amount is determined. The 1% interest rate and all other terms of the promissory notes will remain in place. It remains unclear how (and if) lenders will amend the over 4.4 million promissory notes they have issued over the past two months. It may be most practical to amend the notes at the same time borrowers apply for forgiveness, but each borrower should seek guidance from its lender.

The legislation also allows PPP borrowers to take advantage of the existing payroll tax deferrals permitted under the CARES Act for businesses not participating in PPP. Since the beginning of PPP, one of the more questionable carve outs from payroll costs has been the employer’s portion of payroll taxes. This legislation addresses that issue and allows borrowers to defer 50% of the employer’s share of payroll taxes until 2021 and the remaining 50% until 2022.

On May 22, 2020, the SBA and Treasury released two new interim final rules.  The first on loan forgiveness and the second on review procedures and related responsibilities.  Much of what was released in these rules remained consistent with the FAQs published by the SBA previously and the FAQ we had provided.  We will not reiterate those issues already covered elsewhere, but will highlight a couple clarifications made by the rules.

The biggest news coming out of these rules is that “payroll costs” include payments to furloughed employees and bonuses or hazard pay provided to employees during the covered period, so long as total compensation does not exceed $100,000 on an annualized basis.  We note that this does not apply to self-employed individuals and owner-employees, who remain capped at the lesser of 8/52 of their 2019 compensation or $15,385 per individual.  This provides a definitive answer to the interpretation that was widespread on bonuses and hazard pay and provides more clarity to PPP borrowers.  At the same time, the changes in the PPPFA make this clarification less important because borrowers may no longer need to consider paying bonuses to meet the 75% threshold for payroll costs or to ensure that they receive maximum forgiveness.

The other clarification we want to highlight is that the salary/wage reduction applies only to the portion of the decline in employee salary and wages that is not attributable to the FTE reduction.  This helps ensure that borrowers are not doubly penalized for reductions.  Therefore, if a borrower reduced an employee’s hours, but not the wages, only the FTE reduction would apply to that employee, not the salary/wage reduction even though the employee receives less compensation overall due the reduction in hours.

The second interim final rule published on May 22 reiterated that the SBA may review any PPP loan, as it deems appropriate. The SBA may review any or all of the following: borrower eligibility, loan amount, use of proceeds, and loan forgiveness amount. The SBA also noted that appeals of SBA decisions are possible and additional guidance will be issued regarding the appeals process at a later date.

Some of the remaining unanswered questions related to the legislation include:

Finally, one of the most significant indirect benefits of PPPFA is it significantly reduces the risk of borrowers having to push the boundaries on forgivable expenses. Instead of extraordinary bonus payments, prepaying rent or other permitted expenses (it’s still not clear if this is permitted), or pushing the limits on other possibly permitted expenditures, borrowers can now wait a few pay periods and have those additional payroll and other permitted expenses included in their forgiveness calculation. This will simplify their forgiveness application and make their lender’s review much more efficient. 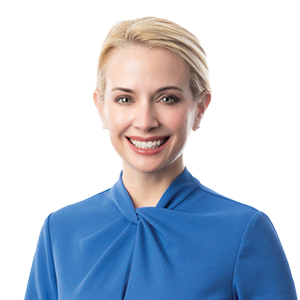