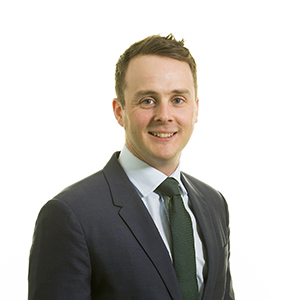 Following on from the announcement that the German Federal Constitutional Court (the "FCC") has upheld the complaint that, as it stands, the ratification of the Agreement on a Unified Patent Court (the "Agreement") is unconstitutional, further details have emerged as to the FCC's decision and the impact this may have on the survival of the Unified Patent Court ("UPC").

Only one element of the complaint brought in the FCC – that the passing of the domestic legislation to ratify the Agreement had not been passed by the necessary majority of the German parliament – was held to be admissible and valid. The FCC held that the domestic German legislation passed to ratify the Agreement interfered with the constitutional rights of German nationals, because it amounted to a transfer of sovereignty to the UPC (a supranational organisation) by granting to the UPC the exclusive competency to decide on certain legal disputes. Whilst the domestic legislation was passed by the German parliament by approximately 35 members who were sitting, the FCC held that this did not constitute the two thirds majority required by Article 23 Basic Law (the legislation which protects German nationals' constitutional rights).

Following this decision, Christine Lambrecht (German Minister of Justice and Consumer Protection) has expressed the intention to "examine the possibilities to remedy the identified lack of form still in the current legislative period" suggesting that the German government is not, at this point, ready to concede defeat on the UPC. Given that the FCC has cleared the path by dismissing all other elements of the complaint, it looks as though (if enough support can be raised in the German parliament) Germany may still ratify the Agreement.

Despite its own ratification of the Agreement on 26 April 2018 (incidentally the day that World IP Day is celebrated), the UK government subsequently announced that the UK would not participate in the UPC. The successful argument in the FCC, being the unconstitutional transfer of sovereignty to the UPC, echoes one of the prominent pro-Brexit arguments – to regain the supremacy of UK parliament and courts.

In light of the UK government's announcement, it is clear that the Agreement will require amendment, not least to remove the requirement for the UK to ratify the Agreement for the UPC to come into being. This may open the door for further amendments. Willem Hoyng of the Drafting Committee of the UPC's Rules of Procedure has speculated whether the Agreement should be amended to open the UPC to European Economic Area countries (and possibly other countries).

Whilst the comments of Christine Lambrecht may be encouraging for the advocates of the UPC, it is inevitable that there will be further delay to the UPC, which was due to be operational several years ago. Notwithstanding the current Coronavirus outbreak, there is no guarantee that, due to the current status of the UPC, the German parliament will be able to secure the required majority the second time around or even that there is still the political will to pursue the UPC, both in Germany and across Europe.

This decision may prompt a reassessment as to whether the proposed UPC can still achieve the objectives it was designed to meet (which plans started over thirty years ago). The primary driving forces behind the UPC included reducing both costs and duplicate litigation (concurrent litigation in different jurisdictions). Given that the UK (a key territory for patent litigation) is no longer participating, the perceived benefits are no longer as clear. Moreover, it is important to remember that the UPC was not universally supported by all EU member states, with countries including Italy, Spain, Poland, Hungary and Croatia all raising objections, including on anti-constitutional grounds.